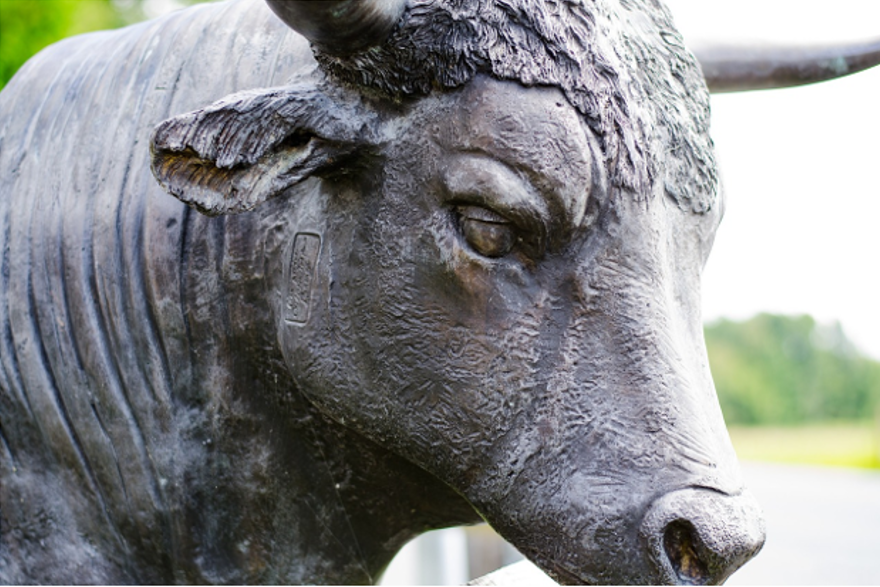 Bitcoin and other cryptocurrencies, the stock market, even oil and natural gas; All of these assets have now set a higher high in the last quarter of the year, suggesting that we’ve not seen anything yet in terms of what the bull market is capable of.

However, at the same time, if you aren’t already in crypto, stocks, or other assets, it might be a little late. That doesn’t mean that there isn’t money to be made before it is all over or that there is no strategy for when the music stops but it does mean that risk is increasing by the day as the eventual peak of the bull market draws closer.

There also remains one other solution, that could let anyone beat the Q4 bull market performance while also keeping risk at a minimum. Here is how Covesting copy trading profits can outpace even the most bullish coins in the final quarter of the year.

Macro Reasons For The Bull Run To Continue

The dollar might be retesting local highs, but it could be a bearish retest that results in much lower values in the dollar currency index. The face value of the dollar will always represent one dollar, but the buying power of that dollar is dying by the day.

The prices of everything, especially commodities, are growing. Interest rates have yet to be increased by the Federal Reserve, allowing several more months left of the bull market. The US government is raising the debt ceiling, and is preparing another multi-trillion dollar spending bill at a time where the government can barely afford its current obligations.

Now hiring signs are everywhere, suggesting that few are interested in working for their money, and are instead getting it from the government or by other means. Society itself is failing and contributing to the ongoing supply shortage.

Why The Bull Market Isn’t Over

Dead cat bounces in bear markets don’t lead to a higher high, which has happened in both the stock market and in cryptocurrencies. Even oil and natural gas have set the first higher high in nearly a decade.

A higher high in a bull market is a sign that the trend is still strong and will continue. By definition, an uptrend is a series of higher highs and higher lows. Traders are always encouraged to trade with the trend, which is the basis of the phrase “the trend is your friend.”

Bull market continuation could mean prices could double in the shortest amount of time, as crypto prices go parabolic and into price discovery with no real resistance above to speak of.

Why Risk Is The Highest At This Point

Markets move in a five wave structure, taking three steps forward, and two steps back. The first wave was when Bitcoin found its bottom at $3,000 and rallied to $13,000 in June 2019. The second wave was a step backward, almost wiping out the entire rally and ending back at $3,800 on Black Thursday 2020.

Wave three was the largest, longest, and strongest, bringing Bitcoin to $65,000 and other cryptocurrencies to new all-time highs. The third wave is always the most noticeable and makes the most progress price-wise. Wave four ended with a correction back to $30,000 and slightly below over the summer months.

Wave five is next, but with it comes the end of the bull market, and the beginning of a bear market. Wave fives tend to move fastest, and is where even late participants to the party tend to still make a lot of money. The only problem is that when money is that easy to come by, and it is this close to the top, greed often blinds investors into missing their chance to sell, and end up holding well into a bear market.

Wave fives often match the strength and magnitude of the first wave that started the uptrend in the first place. That rally caused Bitcoin price to rise 350 percent. If wave five were to match wave one, the price per BTC would come to peak at over $100,000 per coin. Other analysts expect the price per Bitcoin to go much higher before the peak is in. Even if Bitcoin were to rise to $200,000, that’s a 700 percent return.

Returns like that are shocking compared to stock market or forex gains, but compared to altcoins, that is meager. Even altcoins only will have a few thousand percent left in them, which is substantial, no doubt.

But they still can’t compare to the most recent number one trader on the Covesting copy trading leaderboards, which achieved more than 100,000% ROI in just over three months. These statistics blow away Bitcoin or any altcoin for the most part.

Find Success In Q4 With Covesting And PrimeXBT

Covesting followers can cut out all the hard work of getting into position to long each dip in Bitcoin and crypto by simply following a top-ranked Covesting strategy manager instead. Strategy managers are equipped with the skills and tools necessary thanks to PrimeXBT to get the job done and keep profits flowing during the bull market grand finale.

Even better for novices and those that do not know exactly when to get out when the top is here, it is wiser to leave it up to experienced professionals who regularly show success through the Covesting global leaderboards. Rather than guessing which coin will do well, followers have actual risk and success metrics to monitor to make sure a strategy manager is performing to expectations,

Beating the bull run is possible with the award-winning CFD Ethereum trading platform PrimeXBT, and the Covesting copy trading module. Covesting also provides other options for users to earn income passively, with less risk than trading during the most volatile phase of the market cycle. Regardless of risk appetite and profit goals, there is a tool for everyone at PrimeXBT.