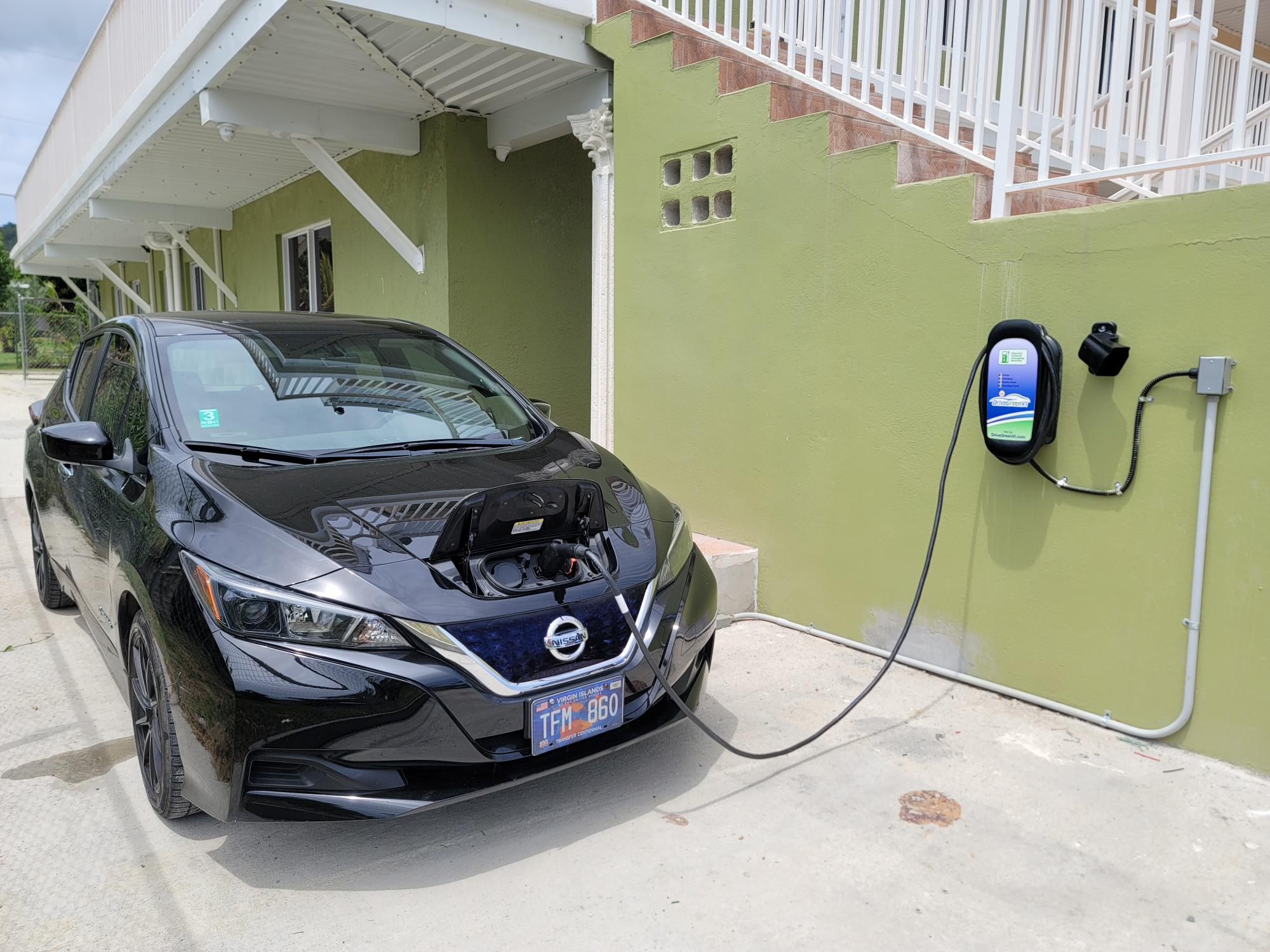 CHARLOTTE AMALIE — Applauding the $2.15 million in grants awarded by the Department of Interior’s Office of Insular Affairs (OIA) to the local government and the Virgin Islands Water and Power Authority to advance their efforts towards electrifying their vehicle fleets, Governor Albert Bryan said the funds mark the beginning of the “Government Operations Fleet Efficiency & Electrification Transformation,” or GO FLEET.

OIA awarded $1.15 million to the GVI, which already has purchased a new Nissan Leaf electric car for the Office of the Governor in each district, and $1 million for WAPA, which said it will use to begin developing hybrid and electric fleet vehicles that include bucket and pick-up trucks as well as associated vehicles used to regularly maintain the territory’s electric grids.

“These grants signify the start of a new direction for government vehicles that aligns with our bigger-picture initiatives of transferring to alternative energy sources in the Territory,” Bryan said. “Moving away from fossil fuels in our fleet of vehicles is not only more cost-effective and a responsible approach to helping protect our environment, it also helps us reduce our carbon footprint even as we face the increasing effects of global warming on our fragile island ecosystem.”

Among the goals of the Administration’s Vision 2040 plan for the territory’s future is that renewable sources of energy will represent 75 percent of total energy consumption 20 years from now.

“Electric vehicles do not require costly and emission heavy gasoline or diesel fuels for operation, and as the energy mix in the Virgin Islands continues to transition to more locally sourced renewable energy, the Territory’s transportation landscape is primed to become fully self-sustainable,” Bryan said.

V.I. Energy Office (VIEO) Director Kyle Fleming said the funding from OIA will also be used to support the development of a network of charging stations throughout the Territory and comply with Act 7075, which mandates that the Government of the Virgin Islands adopt an energy-efficient fleet management plan.

“To that end, the VIEO in collaboration with the Department of Property and Procurement’s Transportation and Sustainability teams have been assessing the current fleet inventory and developing optimized vehicle procurement standards,” Director Fleming said. “To drive this initiative further, the VIEO has sought out a number of strategic partnerships with multiple industry leaders.”

“Transportation electrification is a primary conduit to energy resiliency in the Virgin Islands, and the territory is well-suited to leverage the rapidly developing technology and infrastructure within the industry,” Director Fleming said. “As a remote island nation, reducing the dependence of imported and volatile fossil fuels is critical to bolstering economic and societal sustainability.”

“Cost efficiencies in government. Now if the electricity can just stay on!!” Susan Mack said on Facebook.

“And so it begins son!” Marlon Henry replied to Scotti Ryner.

“Can we get new textbooks and equipment at the schools? Government doesn’t need any more cars,” Ashby Gibson said from St. Thomas.

“The list can go on for days,” Rah James replied to Ashby Gibson.

“Maybe fix the potholes that citizens have to drive on, causing unnecessary expensises during the year. And not just fix the roads that tourists travel? Such as Havensight and Main Street?” Ashby Gibson replied to Rah James.

“And a decent lunch program for the children!” Rah James replied to Ashby Gibson.

To complement the transition of the GVI vehicle fleet toward electrification, the Department of Property and Procurement also has developed a digital vehicle-tracking system that is has begun using to develop cost-cutting strategies for how and when the vehicles are used. The transition to electric vehicles also allows for deeper digital integration with tracking vehicle and electric fuel use.

Bryan said the GO Fleet meshes well with the administration’s goals to achieve alternative energy, cost-efficiency in government and protecting the environment.