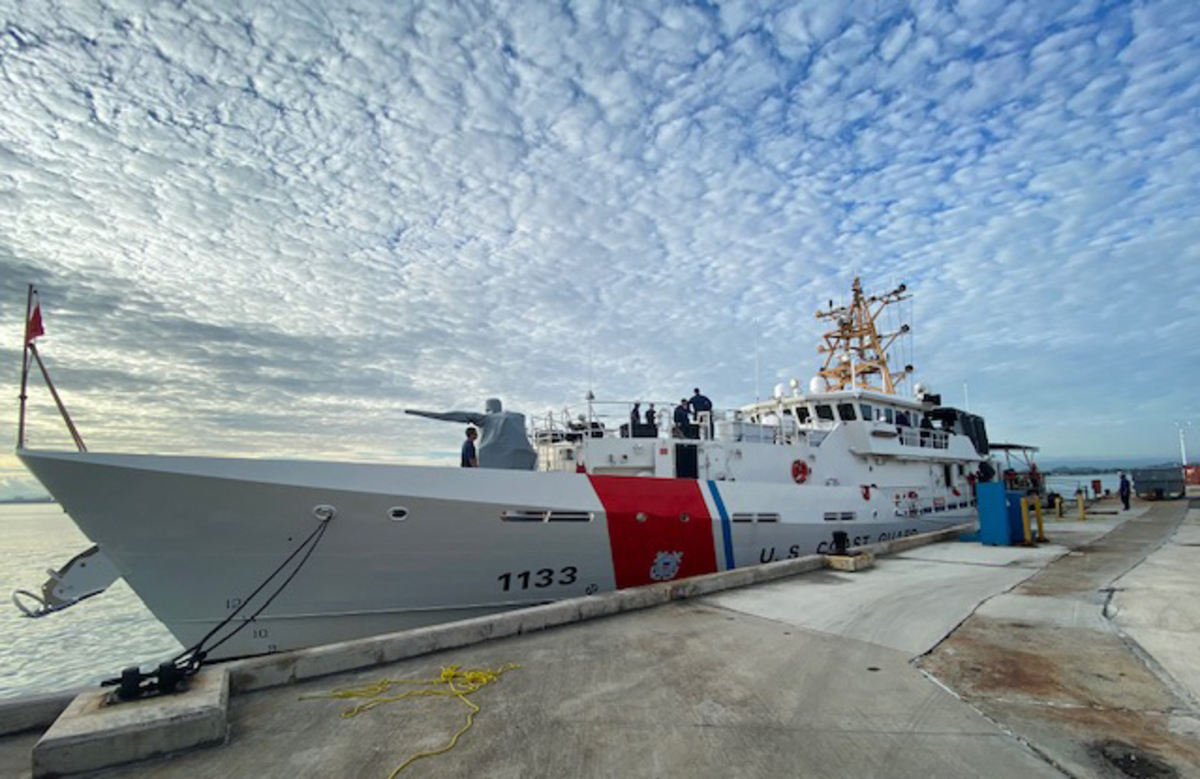 Four men are reportedly in the custody of the U.S. Border Patrol as their nationalities and the rest of the circumstances surrounding this case are under investigation.

“Given the predominant harsh weather conditions that exist in the waters surrounding Puerto Rico, these men are extremely fortunate,” said Cmdr Beau Powers, Sector San Juan chief of response.  “This vessel was not equipped with adequate life-saving equipment and the situation nearly resulted in a tragedy. The Coast Guard appreciates the support and diligence of the U.S. Border Patrol in their efforts to help us resolve this case”.

Initially, the case was reported to the Coast Guard Monday morning as three men aboard a fishing boat that was disabled and taking on water, approximately 20 nautical miles north of Vega Baja and Dorado, Puerto Rico.

Coast Guard watchstanders in Sector San Juan received a call from a 911 Emergency Service operator, who relayed a call reporting the distress.

Coast Guard assets involved in the search were: