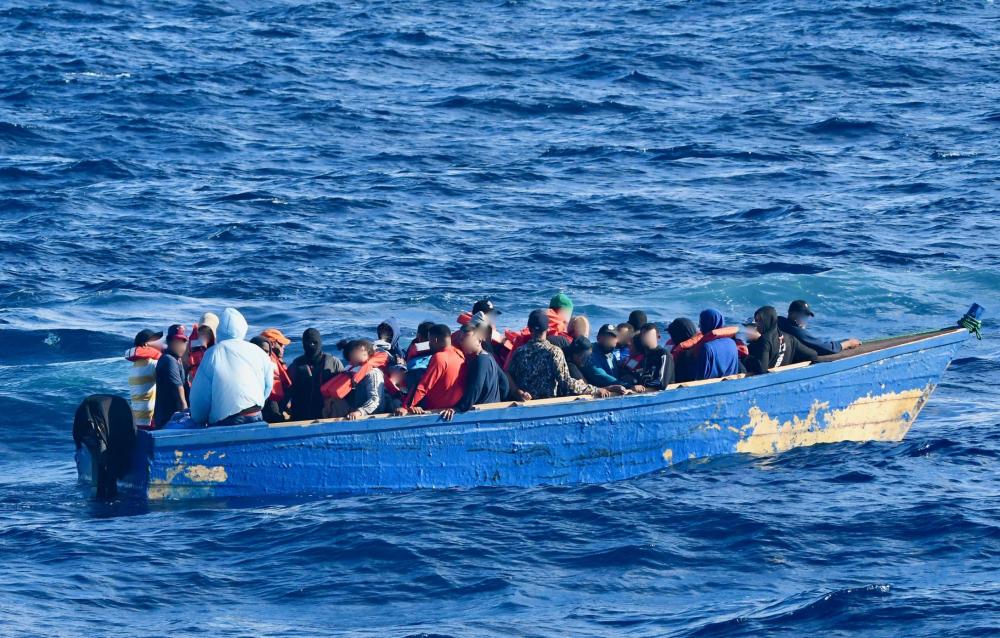 During both interdictions, the CBP aircrews vectored-in the cutter Winslow Griesser to the migrant vessels’ position.

“I’m truly impressed with the professionalism and dedication displayed by the crew of Winslow Griesser, our CBP partners and Sector San Juan personnel who worked these cases,” said Lt. Benjamin Williamsz, Coast Guard Cutter Winslow Griesser’s commanding officer. “These illegal migrant ventures are incredibly dangerous. Often people we find at sea are on overloaded, un-seaworthy vessels suffering from exposure, heat exhaustion, dehydration, and other acute medical issues. For those considering embarking on such a treacherous voyage – I implore you to find a safe and legal alternative.”

“To anyone considering taking part in one of these voyages we urge them to not take to the sea, you are putting your life and the life of others at risk,” said Cmdr. Beau Powers, Coast Guard Sector San Juan chief of response. “If caught, you are also risking prosecution for migrating illegally to the United States.  Migrants who are interdicted at sea and not prosecuted, will be returned to the country they departed from.”

Once aboard a Coast Guard cutter, all migrants receive food, water, shelter and basic medical attention. Throughout the interdiction, Coast Guard crewmembers were equipped with personal protective equipment to minimize potential exposure to any possible case of COVID-19.