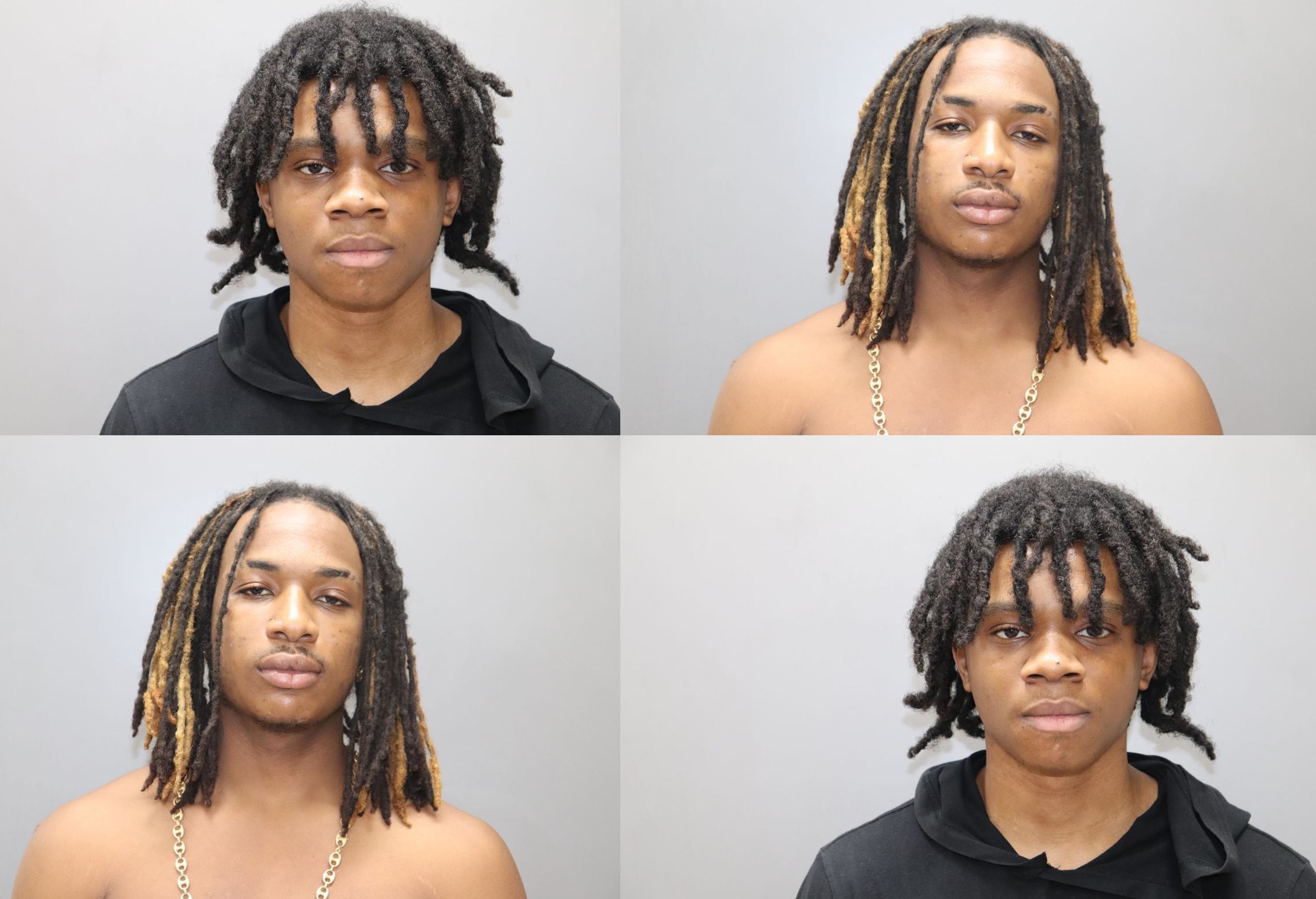 CHARLOTTE AMALIE — Two men who were arrested within hours of the Havensight Mall shooting last Saturday appeared in court on Thursday for scheduled bail hearings.

Shemar Coward, 21, of Water Bay Condos, and Kevon V. Barclette, 20, of Paul M. Pearson Gardens, were arrested on Saturday afternoon and have been charged with several gun crimes; however, they have not been charged in the Havensight armed robbery that sent two victims to the hospital.

Police say they are still trying to determine if the suspects were connected to the robbery.

Two men charged with gun crimes appeared in court again Wednesday, and there’s no indication police have located a third suspect who fled on foot, or charged the men in connection with Saturday’s armed robbery at Glitter’s Jewelry in Havensight on St. Thomas.

The men were arrested Saturday afternoon, about four hours after the armed robbery and shooting that left two victims injured. Police Chief Barrington Thomas Sr. said on Sunday that investigators are working to determine whether there is any connection between the men and the robbery.

So far, Coward and Barclette are only facing charges in connection with a traffic stop.

Police said they saw the two men and a third, unnamed suspect, driving while not wearing seat belts, and stopped them near St. Andrew’s Church where Coward “exited the vehicle while it was still in motion,” allowing it to strike another vehicle, according to police.

Coward had a long gun in a backpack, and an officer fired one shot into the ground while ordering him to drop the weapon. Police identified the rifle as a loaded KG 15, an AR-15-type rifle with a curved banana-style magazine, according to the fact sheet filed by police.

Police also arrested Barclette, who was still sitting in the Nissan where they found a Glock 23 firearm with an obliterated serial number “and a fully automatic conversion kit on the firearm,” as well as a “drum magazine with ability to hold approximately fifty rounds on the passenger floor.”

Coward was extradited to the territory from Maryland in 2020 and charged with the gunpoint robbery of Exquisite Barber Shop and Bar in Vitraco Park.

Prosecutors asked the court to take notice of that case in determining the conditions of Coward’s pretrial release. Territorial Public Defender Mary Ann Matney objected Wednesday, arguing that “it was dismissed without prejudice because the People failed to produce discovery in a timely manner,” and said Coward has no criminal convictions.

Assistant Virgin Islands Attorney General Brenda Scales acknowledged prosecutors missed a filing deadline in the case and were forced to dismiss charges. She also said that at the time he was returned to the territory, Coward had been on electronic monitoring after being arrested in Maryland.

“So, you bring him back from Maryland to St. Thomas, and the case you brought him back on, you dismissed it?” Donohue asked.

It’s unclear whether Maryland wants to extradite Coward, but in the meantime, Donohue set bail at $10,000 and said he would allow Coward to post 10 percent in cash. Coward must be under his mother’s third-party custody under electronic monitoring while he awaits trial, the judge ordered.

Barclette was also charged in a previous firearm case that has since been dismissed, and is facing charges in another pending case involving weapons, according to court testimony.

Donohue noted that one of the conditions of release in his other case was that he check in with the Probation Office twice a week, but has failed to make contact since August 6.

The former prosecutor said he would allow the parties additional time to vet a proposed third-party custodian before considering modifying bail conditions.