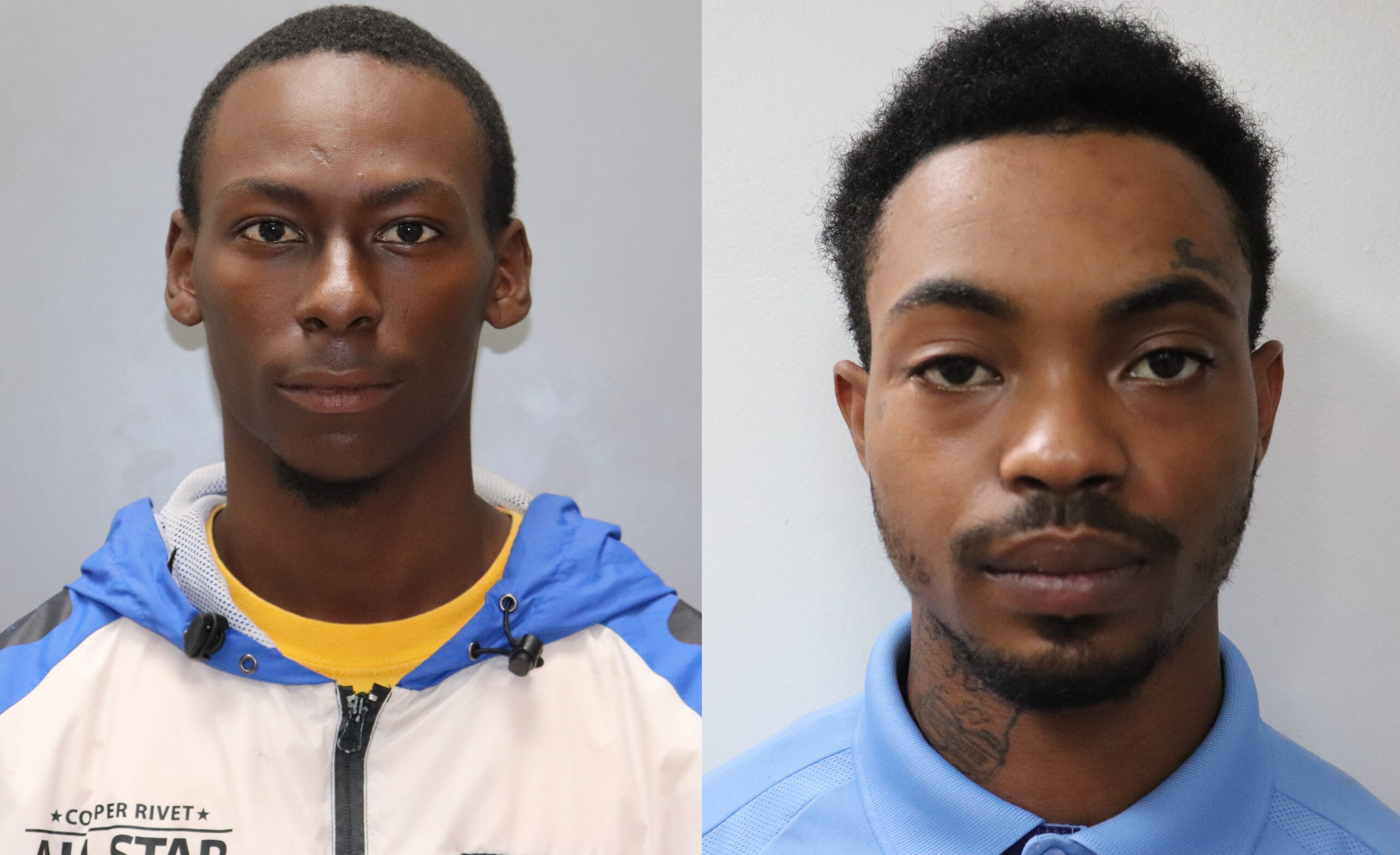 “Phipps and Barrow were charged in connection with an incident that occurred in Havensight on December 4, 2021, where a male victim was robbed of jewelry at gunpoint,” VIPD spokesman Toby Derima said.

Bail for Phipps and Barrow was set at $75,000 each. Unable to post bail, each man was remanded to the custody of the Bureau of Corrections pending advice-of-rights hearings.

In the December 4 incident, the victim – accompanied by two females – was approached by a male suspect, wearing a red hoodie, who attempted to rob him of his jewelry, according to the VIPD.

The suspect and the victim engaged in a physical altercation when a second male suspect, attired in a black hoodie, approached the two with a handgun, police said.

The suspects – driving a gray sedan – managed to flee the area with the victim’s jewelry, according to Derima.

None of the victims were harmed during the robbery.

Barrington Thomas, Sr., St. Thomas/St. John/Water Island chief of police, commended the work of detectives investigating this incident, resulting in the arrests of the two suspects.

“Criminals must know that our officers will stop at nothing to bring them to justice. We thank the community for the support as we work together to make our home safe,” Chief Thomas said.