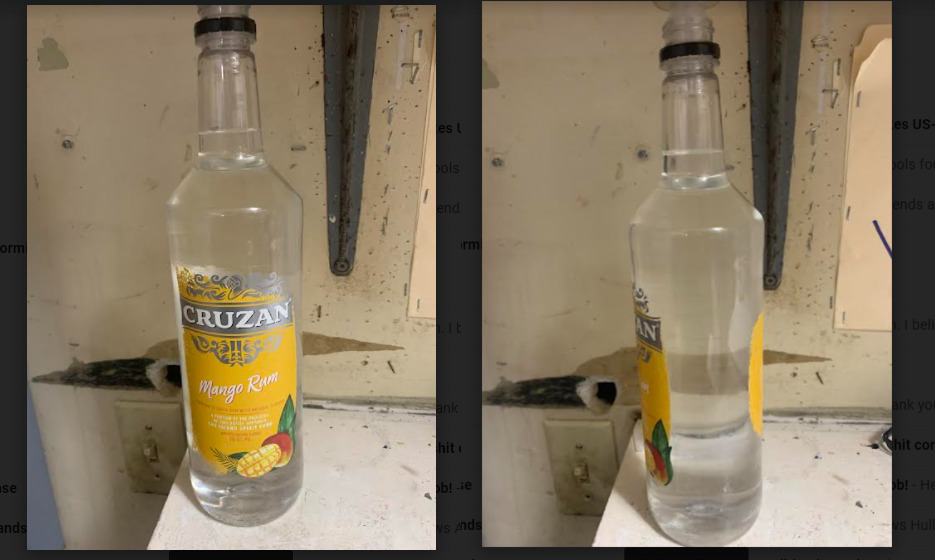 KINGSHILL — “There is a great future in plastics. Think about it. Will you think about it?”

Mr. Maguire’s prophecy to Dustin Hoffman in” The Graduate” has come true in 2022.

From whiskey distillers in the humble hills of Kentucky to winemakers in the sunny slopes of California to run makers in St. Croix — the demand for glass bottles has outpaced supply this year, a chain reaction triggered, in part, by the coronavirus pandemic.

The world’s supply chain — already lengthy and tangled in the United States — is continuing to bear the brunt of surging consumer demand, labor shortages and overseas manufacturing delays, leading to higher transportation costs and inflation.

The solution for one St. Croix company — Cruzan Rum — has been plastic bottles which are now being spotted at some of the island’s best eateries and bars.

David Ozgo, chief economist for the Distilled Spirits Council, said glass shortages are being felt throughout the sector, whether it’s tequila or vodka, rum or whiskey.

“Some of the large distillers, even though they have multiyear contracts for millions of bottles, they’re finding in some instances that they have to pick and choose as to which bottle sizes they’re going to get,” Ozgo said. This could eventually lead to even tighter supplies of smaller-volume bottles down the line because the emphasis will likely go on the more popular sizes, the 750 milliliter and the 1.75 liter.

In the short term, some consumers may have to put in more effort to find their favorite booze.

“From the consumer’s perspective, if there’s a special bottle that you want for the holiday season, you might have to go back to the store a few times before you find it,” Ozgo said. “But I will say this, there are over 16,000 spirits-based products marketed in any given year. So this might be the opportunity to try a new drink.”

St Augustine Distillery, a spirits company, has about 5,000 cases worth of vodka, gin, rum and whiskey sitting in tanks, waiting for the bottles needed to ship them to liquor store shelves. The company prides itself on its custom packaging, from a strikingly fluted vodka bottle to a distinctive, flared container that shows off the rich amber of bourbon to full effect.

But, across the U.S., a bottle shortage is threatening sales as the peak holiday season approached. Florida-based St Augustine has resorted to using wine bottles to package almost a quarter of its production, sending apologetic notes with each shipment to explain the reason behind the alternative packaging.