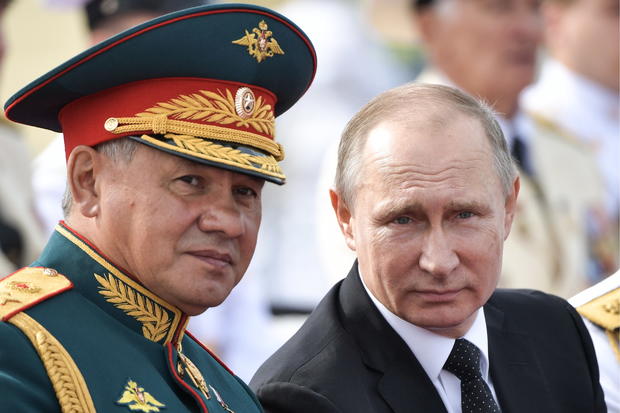 HAVANA — A senior Russian diplomat wouldn’t rule out the possibility of his country placing military infrastructure in Cuba or Venezuela, as the Kremlin called two recent rounds of talks with the U.S. and NATO “unsuccessful.”

Deputy Foreign Minister Sergey Ryabkov, who led negotiations with U.S. Deputy Secretary of State Wendy Sherman in Geneva this week, said Thursday that he didn’t want “to confirm anything, [but] won’t exclude anything here either,” when asked whether Russia might consider establishing a military presence in America’s backyard.

“It depends on the actions of American colleagues,” Ryabkov said Thursday in an interview with the RTVI channel, adding that Russia could also undertake unspecified “measures” involving its navy.

It was a significant ratcheting up of the tension between the U.S. and Russia in a week that many hoped would put diplomacy front and center. The current standoff between Moscow and Washington has been casually framed as a contemporary echo of the Cold War for weeks, but Ryabkov’s remarks were sure to resonate loudly in the ears of Americans either aware of or old enough to remember the Cuban missile crisis of 1962.

There was no immediate reaction from Russia’s allies in Havana or Caracas to Ryabkov’s remarks.

A few weeks ago, Moscow sent Washington a list of “security guarantees” demanding that NATO halt its eastward expansion and, most importantly, close the door for Ukraine to join the alliance. Following high-stakes talks in Geneva and Brussels this week, Sherman called some of Moscow’s demands “simply non-starters.”

“We will not slam the door shut on NATO’s open-door policy,” she told reporters on Wednesday. “We are not going to agree that NATO cannot expand any further.”

Russia’s military has massed about 100,000 troops along its border with Ukraine, stoking fears that it could be preparing for another invasion of the country as it did in 2014, when Vladimir Putin sent in his forces and annexed the Crimean Peninsula. U.S. officials have said an invasion could begin as soon as January or February and involve as many as 175,000 Russian troops.

Russian officials have sent mixed signals on whether Putin indeed plans to attack Ukraine, denying any intention to do so outright, but stressing that all options remain on the table in the standoff, including military action to “counter threats” if the West refuses to agree to its demands.

“The jury’s out on which path Vladimir Putin is going to choose,” U.S. Secretary of State Antony Blinken told MSNBC on Thursday. “Is he going to choose the path of diplomacy and dialogue to resolve some of these problems or is he going to pursue confrontation and aggression?”

Moscow has seen Ukraine as a potential security threat since elections there ushered in new leadership that severed longtime close ties with Russia and instead shifted the country’s alliance to the West. Ukraine is actively seeking NATO membership.

In talks with NATO on Wednesday, Russia said that if the Western security alliance wants to “deescalate” the situation around Ukraine, it must “abandon all military assistance to Ukraine and stop supplying weaponry.”

“We view such documents and such statements in an extremely negative way — especially against the backdrop of continuing negotiations, which may be unsuccessful but are still talks,” Peskov said during a daily briefing call with reporters.

The proposed package of sanctions submitted by U.S. senators on Wednesday, with support from the White House, is intended to “devastate” the Russian economy should Moscow attack Ukraine. The measures include personal sanctions against Putin and several other top officials, including Foreign Minister Sergey Lavrov and Prime Minister Mikhail Mishustin.

“Introducing sanctions against the head of the government or the head of Russia is an extreme measure which is comparable to severing relations,” Peskov said.

According to the draft, the U.S. government would also have to investigate and present a report on Putin’s personal wealth and assets held by his family members, or any other people who may be holding them on his behalf.

The last round of talks between Russia and the West, this time under the auspices of the Organization for Security and Cooperation in Europe (OSCE), was to wrap up on Thursday. As Poland begins its year-long chairmanship of that security organization, the country’s Foreign Minister Zbigniew Rau warned that the risk of war in Europe was “now greater than ever before in the last 30 years.”

“For several weeks we have been faced with the prospect of a major military escalation in Eastern Europe,” Rau said, addressing the 57-member alliance of nations.

Russia’s Ryabkov said that Moscow would decide on its next actions after it receives a written response to its demands, which it expected next week.