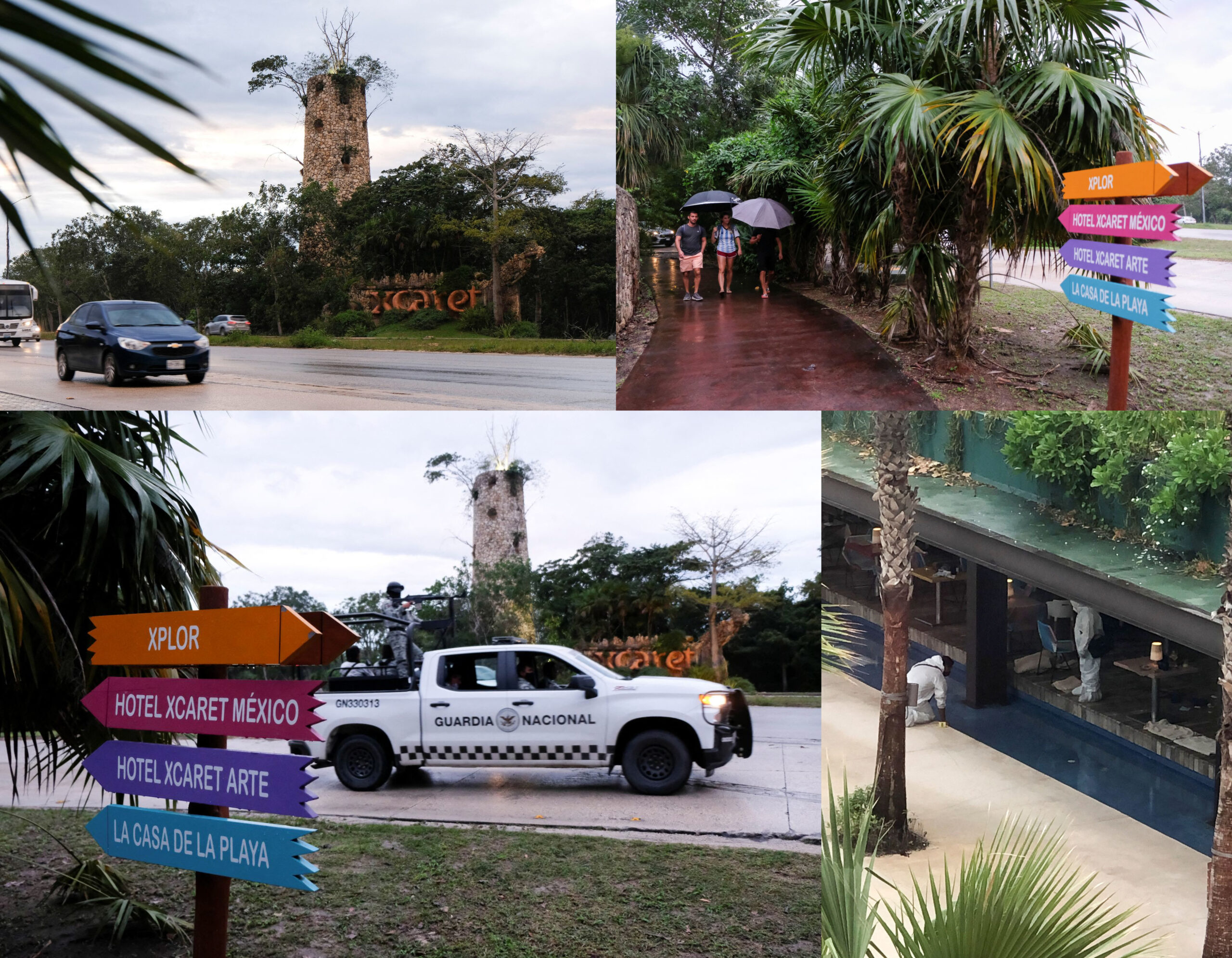 MEXICO CITY — Two Canadians died of gunshot wounds after an argument turned violent at a resort near Cancun on Mexico’s Caribbean coast, authorities said on Friday.

Both guests at the upscale resort on the Riviera Maya of Quintana Roo state had criminal records, said Mexican officials, citing information from the Canadian police.

Mexican police are searching for another person thought to have fired the shots who had a “long” criminal record in Canada, said the attorney general’s office in Quintana Roo, home to a stretch of white-sand beach resorts and lush jungles.

Quintana Roo’s head of public security, Lucio Hernandez, said on Twitter a gun was fired amid “an argument among hotel guests” at the Hotel Xcaret.

Three people were injured and taken to hospital, Hernandez said. He posted photos of the alleged shooter, showing a man in a gray track suit and black face mask wielding a gun in front of green landscaping.

Xcaret said the incident appeared to be “targeted and isolated” and that the hotel was helping the affected people. “We deeply regret the events that occurred at Hotel Xcaret this afternoon,” it said in a statement.

The Canadian government said it was contacting Mexican authorities and could not provide more details due to privacy considerations.