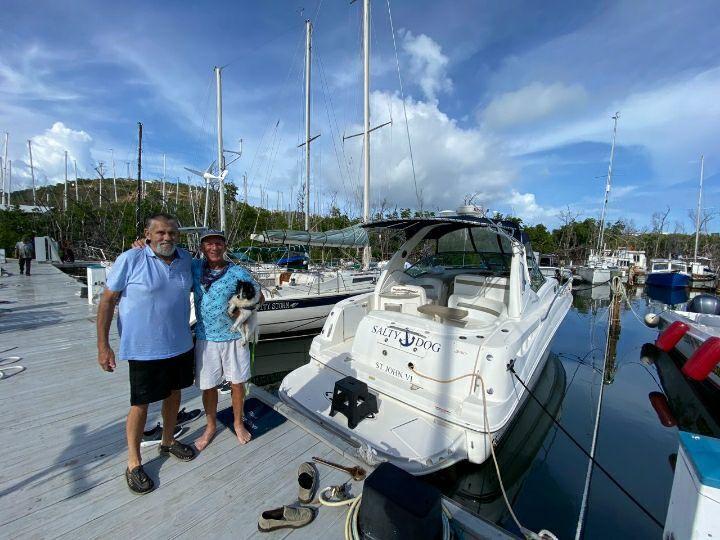 CHARLOTTE AMALIE — A St. Thomas man faces extradition from California after his roommate’s body was discovered in garbage bag in a shallow grave in Smith Bay last year, authorities said.

Troy Massoth, 60, is wanted for murder in connection to the disappearance of Thomas F. Carpenter, whose body was found in Red Hook on September 17, the Virgin Islands Police Department said.

Massoth was taken into custody on murder charges January 31 by marshals in Oakland, California while he was attempting to board a flight to San Diego, according to the VIPD.

Bail is set at $200,000 and police said Massoth is awaiting a hearing to determine whether he will waive or fight extradition before he’s brought back to St. Thomas to face murder charges.

That hearing is scheduled for March 2, according to the Alameda County Sheriff’s Office website.

The investigation began on September 17 when a citizen called 911 and reported a foul odor near a home “in the Smith Bay/Red Hook area,” police said.

The Major Crimes and Forensic units responded to the scene and found a body, but the cause of death and identity was unknown.

Toby Derima, the VIPD spokesman at the time, said the body was found wrapped in a garbage bag, and police immediately suspected foul play.

The medical examiner conducted an autopsy and determined on September 23 that the manner of death was homicide. The victim was identified by DNA comparison as 69-year-old Carpenter, according to police.

On Sept. 22, Nampa Police issued a statement to Idaho media that they were asking for the public’s help to locate 69-year-old Thomas Finley Carpenter and that “officers say Carpenter has some health issues and they want to confirm he’s OK. It’s unclear when he was last seen.”

According to a report by CBS2 IdahoNews, “On September 28, officers say they were able to locate him,” and thanked “everyone who inquired or contacted us with information.”