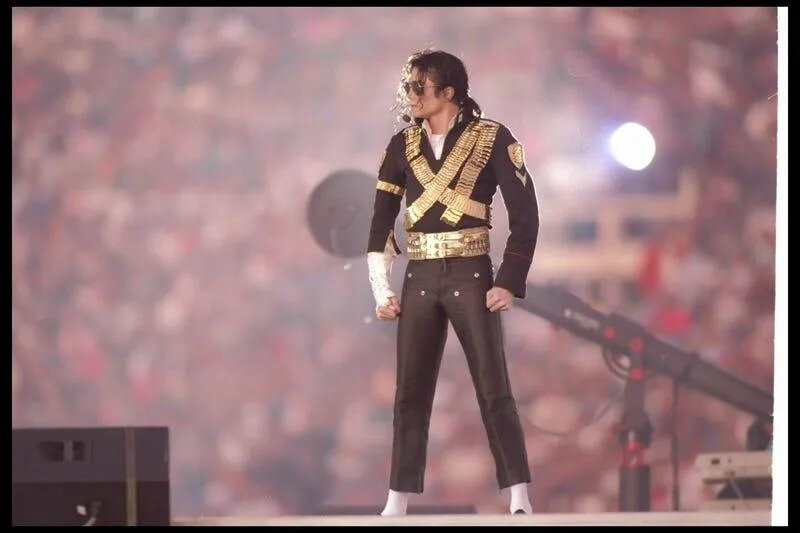 LOS ANGELES — Once upon a time, the Super Bowl Halftime Show was children’s choirs and circus acts. It was nowhere near the elaborate, sponsored spectacle it is today.

Then in 1993, producers offered the spot to the biggest star in the world: Michael Jackson. He said yes, literally stole the show and changed the game forever.

Michael performed a medley that included “Jam,” “Billie Jean,” “Black or White,” “We Are the World” and “Heal the World.” It was basically a quick, free taste of the multi-platinum superstar’s sold-out Dangerous World Tour.

As he stood like a statue in his signature military jacket, the Gary, Indiana native had the stadium in the palm of his hand. While directors and producers went crazy in the booth, Michael would not be rushed. Once the show started, the “Remember the Time” singer spent 12 minutes being Michael, doing exactly what the producers wanted: He brought eyes to the game.

When the NFL needed something to make the Super Bowl feel alive again, who did the league turn to? That’s right, the biggest Black artist in the world. It’s just another example, in the very long list, of how Black people have shaped the history of this country—and the rest of the world—with our culture. Every memorable moment, even the most over-commercialized music performance of the year, has a Black person central to the story.

Let’s be honest, no one knows how to capitalize on its biggest event of the year like the NFL. We’re surprised it took them this long to realize the halftime show could be so profitable.

Quick question: who played in Super Bowl XXVII in 1993? Who won? In case you’re wondering, The Dallas Cowboys beat the Buffalo Bills 52-17.

Guess, we know why halftime got better ratings than the game. Well, other than Michael’s ridiculous popularity. Seriously, if you weren’t alive in 1993, it’s hard to explain just how insanely popular Michael Jackson was. If you combined the global reach of Beyoncé, World Cup soccer and Marvel movies, you might come close to Michael’s impact in the ‘80s and ‘90s, but that’s still just a guesstimate.

It was a situation where the NFL needed Michael way more than he needed them; and clearly, he saw the potential for what a halftime show could be. In the years since, we’ve been treated to unforgettable performances from Beyoncé, Bruno Mars, The Weeknd and of course, Prince. And with this year’s Super Bowl LVI Halftime Show set to include Mary J. Blige, Snoop Dogg, Dr. Dre, Eminem and Kendrick Lamar, Black artists and their music are still central to the story.

Once again, Michael set a standard that other entertainers have been trying to reach for 30 years.