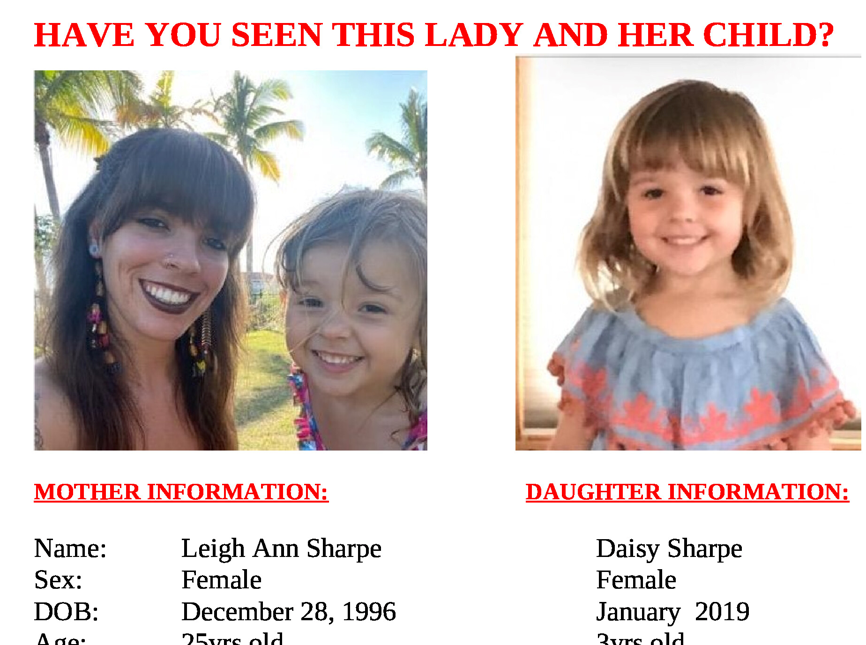 CHARLOTTE AMALIE — A woman and her young daughter who were reported missing on St. Thomas Monday morning were found unharmed a few hours later, authorities said.

Leigh Ann Sharpe, 25, and her daughter Daisy were reported missing Tuesday, and police alerted the community in a press release and social media post at about 11:45 a.m. Monday.

VIPD Communications Director Glen Dratte said that Sharpe and the 3-year-old child had been found at the playground at the Cyril E. King Airport, and were uninjured.

The investigation into the matter is ongoing, and police thanked the community for their support in locating Sharpe.

Meanwhile, people on St. Thomas accused Sharpe of being an inattentive matron, prone to partying rather than parenting.

“I saw this mother last week at Magens beach… it was awful!!!” Kristin Elizabeth said. “She was with a group hanging in a van and so drugged out of her mind.. she got within a few feet of the beach, her daughter with floaters on so excited! The people she was with called her and the mom yanked the daughter back to the van. There were others and kids, and the kids playing in the dirt while the group blazed on… she could barely walk and this was 10 a.m. Heartbreaking (heart emoji).”

Dratte said the department is aware of another, unrelated case in which a mother and daughter were reported missing from St. Croix on social media.

He said that no one has filed a formal missing persons report or criminal complaint with police.