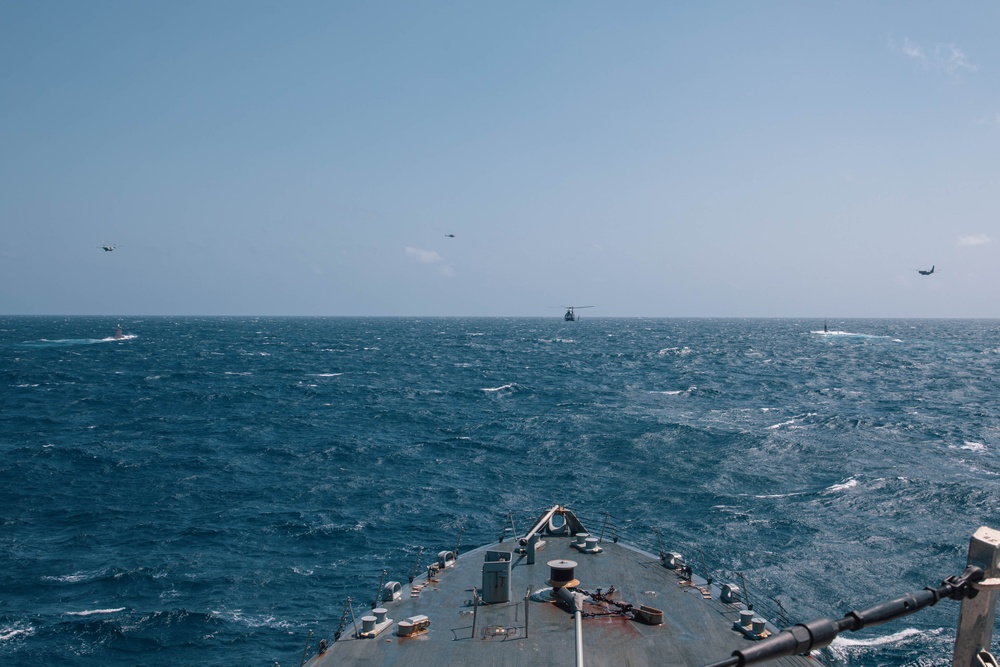 At the start of the exercise, the ships took advantage of their close proximity to conduct maneuvering drills and test communications by conducting a photo exercise (PHOTOEX). Units then dispersed to practice various elements of ASW.

Forces conducted different events to train in detection and tracking, analysis and classification, and simulating attack of targets at varying depths and conditions.

The exercise served as a joint exercise with Colombia, with both countries trading expertise with each other to maximize communication and understanding of one another’s shared tactics and procedures to facilitate conducting naval operations against emerging threats in the region.

This bilateral engagement afforded the opportunity for both navies to improve interoperability and demonstrate their ability to communicate, navigate, and operate together at sea.
Minnesota is conducting a homeport shift from Groton, Conn. to Pearl Harbor, Hawaii.