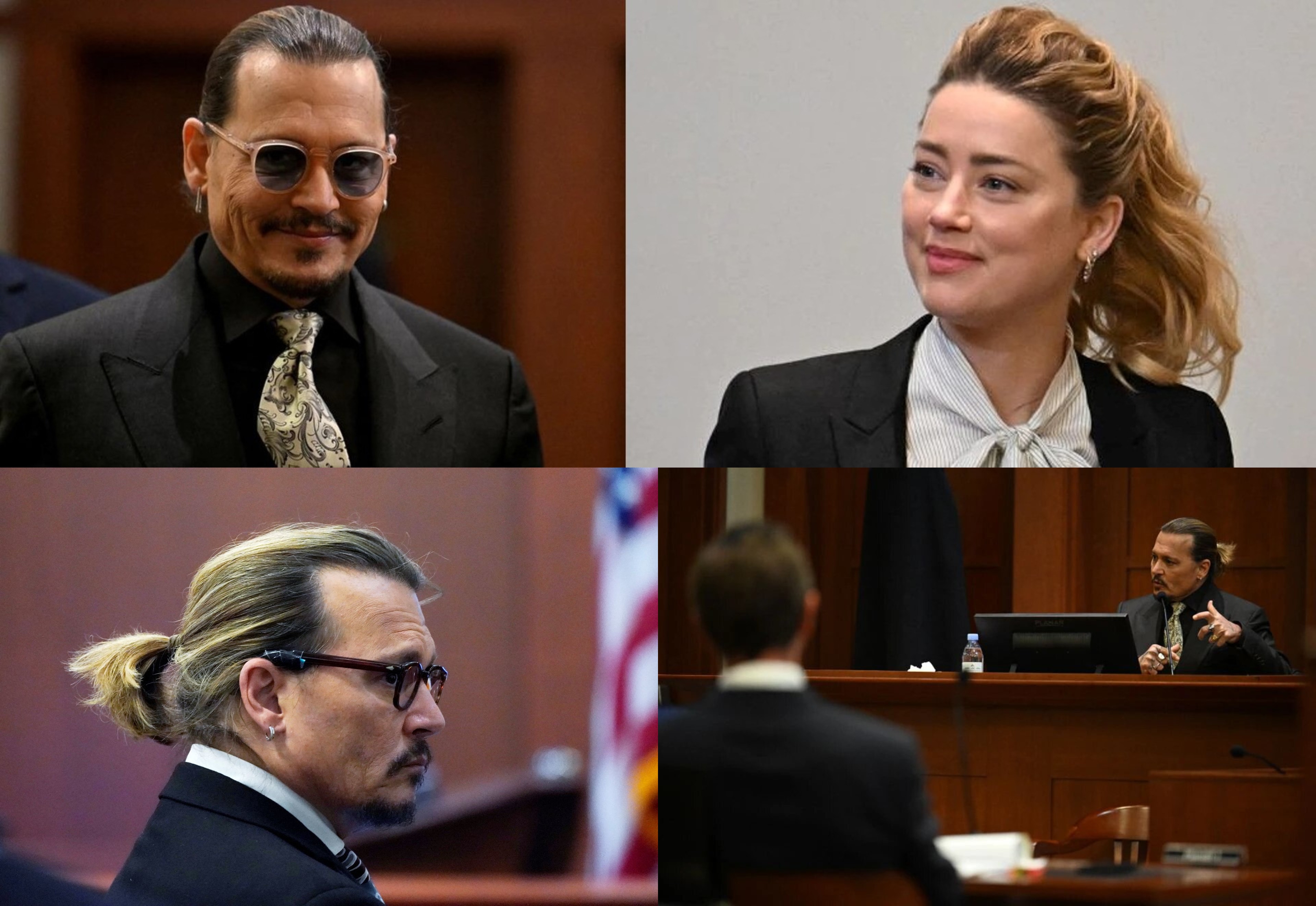 FAIRFAX — Actor Johnny Depp testified today that he never struck his ex-wife Amber Heard and was challenging her accusations in a $50 million defamation case in part to protect his children from false information about his behavior.

Speaking softly and slowly, Depp said in a Virginia courtroom that it was a “complete shock” about six years ago when Heard “made some quite heinous and disturbing” allegations that he became violent during their relationship.

“Never did I myself reach the point of striking Ms. Heard in any way, nor have I ever struck any woman in my life,” said Depp, who wore a dark suit with his hair in a ponytail.

“I felt it my responsibility to stand up not only for myself in that instance but stand up for my children,” the “Pirates of the Caribbean” star said. His two children from a previous relationship were in high school at the time, he said.

“It’s very strange when one day you’re Cinderella so to speak, and then in 0.6 seconds you’re Quasimodo,” Depp added.

“I didn’t deserve that, nor did my children, nor did the people who believed in me for all these years,” he added.

Depp, 58, alleges Heard, 35, defamed him when she penned a December 2018 opinion piece in the Washington Post about being a survivor of domestic abuse. He filed a $50 million lawsuit against Heard in 2018.

The article never mentioned Depp by name, but Depp lawyer Benjamin Chew told jurors a week ago that it was clear Heard was referencing the Hollywood leading man.

Attorneys for Heard have argued she told the truth and that her opinion was protected as free speech under the U.S. Constitution’s First Amendment.

A state court judge in Fairfax County, Virginia, is overseeing the trial, which is in its second week and is expected to last for six weeks.

Witnesses called by Depp’s lawyers have included friends of the actor and a doctor and a nurse who said they treated him for substance abuse. The witnesses testified that they were aware of arguments between the couple but had not witnessed physical abuse by Depp toward Heard.

Less than two years ago, Depp lost a libel case against The Sun, a British tabloid that labeled him a “wife beater.” A London High Court judge ruled he had repeatedly assaulted Heard and put her in fear for her life.

In the U.S. case, Depp and Heard each submitted long lists of potential witnesses they could put on the stand.

Heard’s list includes her ex-boyfriend and Tesla Chief Executive Elon Musk, with whom she texted about Depp. Also on the list of potential witnesses is actor James Franco.

The Washington Post is not a defendant in the case. Depp’s lawyers have said they filed the case in Fairfax County, outside the District of Columbia, because the newspaper is printed at a facility there.

The United States is a difficult forum for libel plaintiffs, especially public figures like Depp, who must prove by clear and convincing evidence that Heard knowingly made false claims.

Depp and Heard met while making 2011 film “The Rum Diary” and married four years later. Heard accused Depp of domestic abuse after filing for divorce in 2016.

Heard, known for roles in “Aquaman” and “Justice League,” has brought her own libel claim against Depp, saying he smeared her by calling her a liar.

Heard’s counterclaim will be decided as part of the trial. Heard is seeking $100 million in damages from Depp, according to court papers.

Following the November 2020 ruling in the London libel trial, Depp was replaced with Danish actor Mads Mikkelsen in the third film in the “Fantastic Beasts” franchise, a spin-off from the “Harry Potter” books and films.