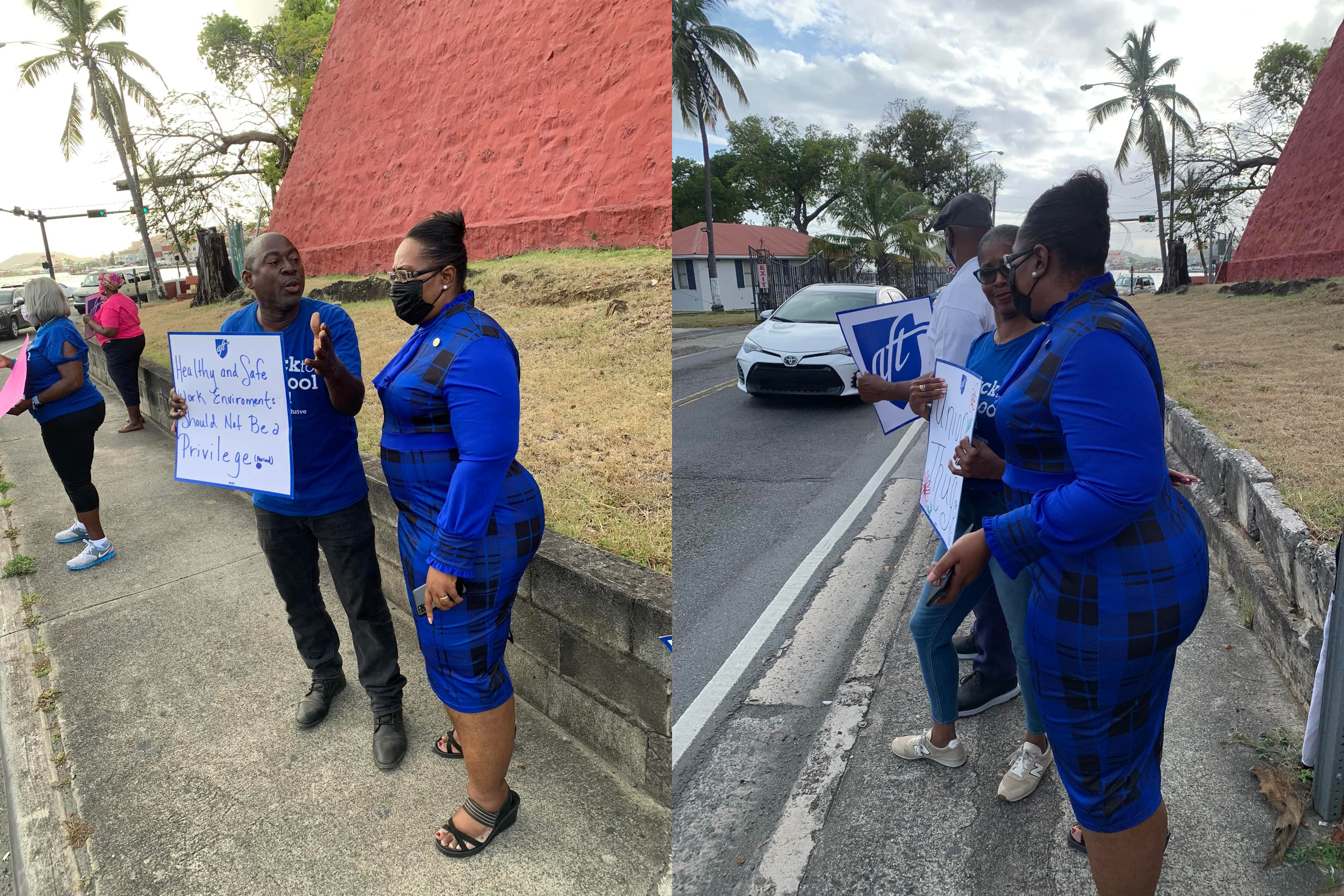 “Teachers, students and supporters came out to express their concerns regarding the unsafe and unhealthy conditions of many of the schools,” Senator Alma Francis Heyliger said. “As motorists passed, they honked and shouted to show their support.”

“In talking with some of the individuals in attendance , it was clear that they were very frustrated with the conditions of the schools, the cafeterias, the meals students are receiving, etc,” Senator Heyliger said. “The President of the Local 1825 stated that she visited every school and each one has problems. She added that currently, only three school cafeterias are in full operation.”