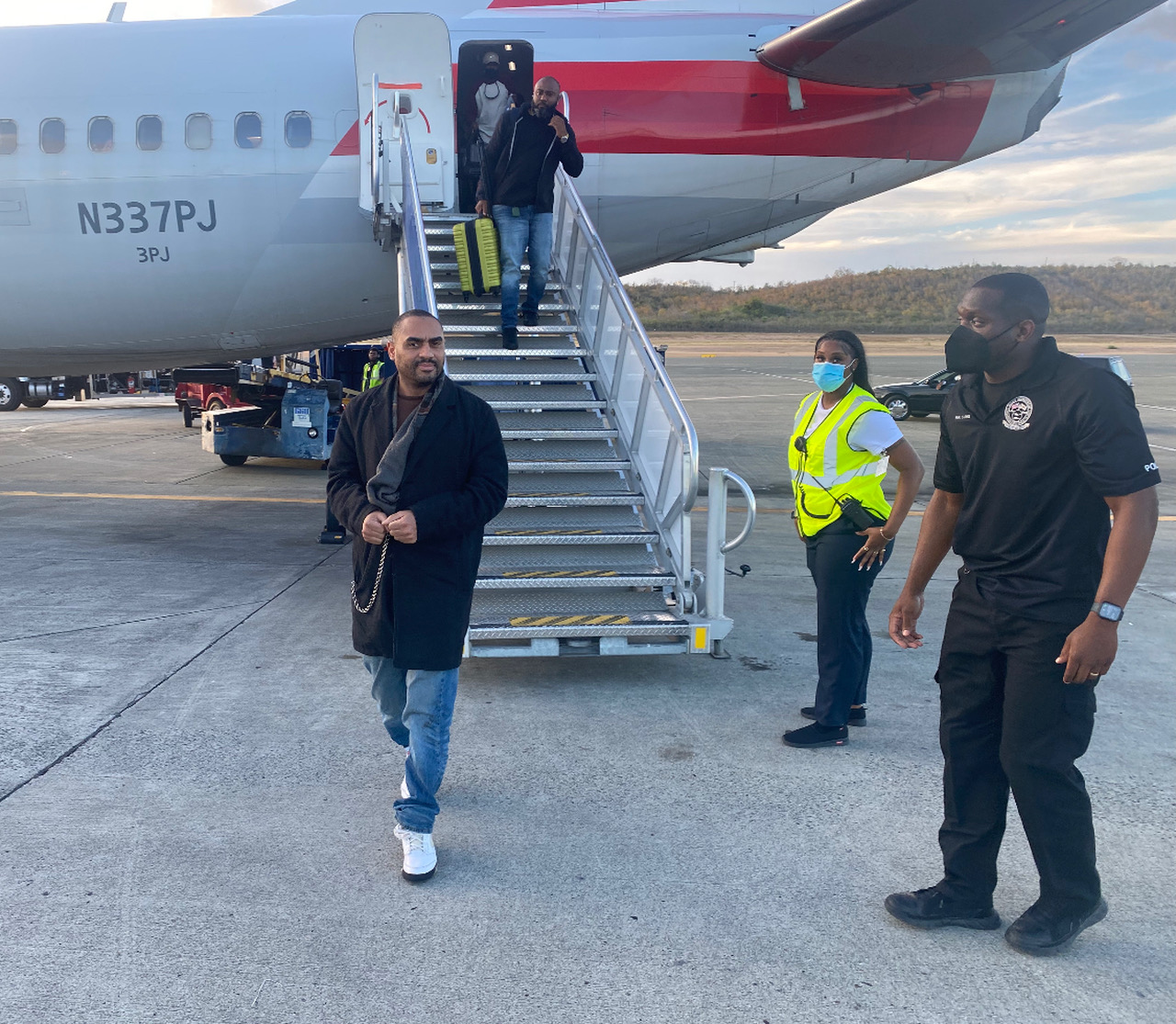 CHRISTIANSTED — A man wanted in connection to a murder of his septuagenarian uncle near Sunny Isle that took place 21 months ago has been extradited back to St. Croix to face charges.

Nesto Monell, 42, is charged with first-degree murder, third-degree assault and carrying or using a dangerous weapon during the commission of a crime of violence, the Virgin Islands Police Department said.

Bureau travel to a residence in Constitution Hill, Christiansted to investigate an incident involving a male individual who was found outside of his home unconscious.

The male was later identified as Abraham Ortiz. Investigation revealed that 70-year-old Abraham Ortiz and his nephew Nesto Monell were involved in an argument and Monell followed Ortiz to his residence and attacked him, according to the VIPD.

As a result of the attack Mr. Ortiz sustained a severe head injury. He was airlifted to Miami, Florida, Jackson Memorial Hospital where he remained under medical care until he died from his injuries on January 18, 2022.

Monell fled the territory and was detained in Boston, Massachusetts, on a Virgin Islands Police Department warrant. Monell fought extradition back to the territory and a Governor’s warrant was obtained and served to the authorities in Boston, VIPD Communications Director Glen Dratte said.

The suspect was turned over to the Virgin Islands Police Department’s contingent at an extradition hearing on June 22, 2022, and returned to St. Croix to face the charges as it relates to the death of Abraham Ortiz, according to Dratte.

“This case is proof that when everyone plays their part, we are able to bring closure and justice to the victims and their families,” St. Croix Chief Detective Lt. Naomi Joseph said. “This world is small, and we will travel to the end of the earth to get you.”