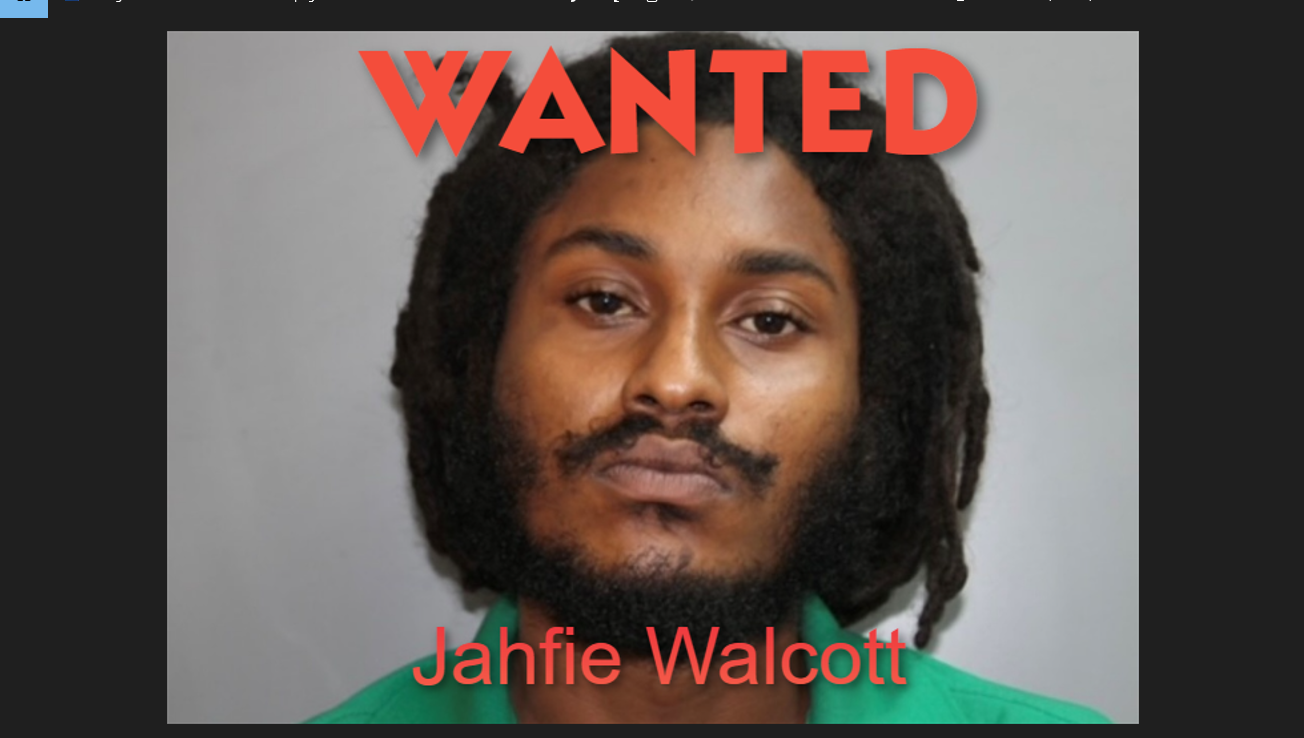 CHRISTIANSTED — Police need your help to find a man who allegedly strangled a woman who refused to let him come insider her house to use her bathroom, authorities said.

The victim stated that her former acquaintance Jahfie Walcott came to her residence which she shares with her adopted father, at 4:20 a.m. today asking to use the bathroom. according to the VIPD.

“She stated that she refused to open the door and at which time Mr. Walcott broke three louvers of the living room window and entered the home through the window,” VIPD Communications Director Glen Dratte said.

“She further stated as she tried to exit the home through the front door, Mr. Walcott pulled her back and began strangling her while telling her that all he wanted to do was to use the bathroom.” according to Dratte. “The victim stated she was unable to breathe but mange to tell Mr. Walcott that the neighbors will call the police and that prompted him to let her go.”

The victim continued to say that he went to the bathroom, and she ran out of the house and hid in a neighbor’s apartment, police said.

“She stated that when Mr. Walcott could not find her in the home, he drove around the neighborhood to continue looking for her then left,” the police spokesman said.

Police said the suspect has a dark complexion, long black dreadlocks, facial hair and a medium build. Walcott is known to drive a gold-colored Ford Explorer with tinted windows.