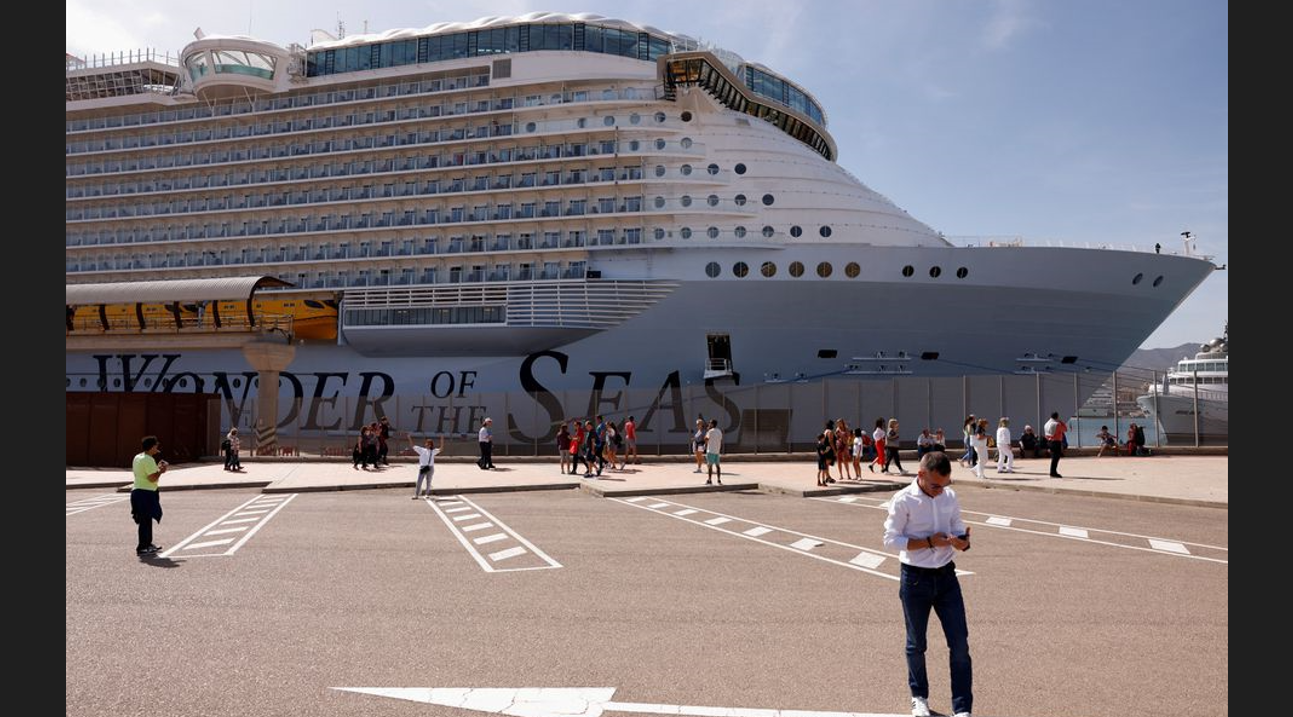 “Despite concerns about the U.S. and global economy, high inflation and amid geopolitical uncertainty, consumers are choosing to spend their discretionary income on experiences, after more than two years stuck inside the house,” Similarweb travel and leisure analyst Jim Corridore said.

Onboard spending rose 30 percent across categories in the second quarter compared to pre-pandemic levels, the company told investors.

Shares in Royal Caribbean climbed about 5.5 percent to $36.85 in early afternoon trading.

Royal Caribbean said it returned its entire fleet back to operations, which Liberty called a “Herculean task.” Liberty also said Royal Caribbean’s websites are receiving close to double the visits compared to 2019, and are generating a record level of direct bookings.

The Centers for Disease Control and Prevention this month stopped reporting coronavirus levels for cruise ships in a move considered the next step toward a full return to normalcy for embattled cruise operators.

The industry has been steadily moving toward full occupancy after a near 18-month shutdown, with demand from loyal patrons proving a silver lining for cruise operators that are dealing with higher fuel prices and record debt levels.

Affluent guests have shrugged off inflation to splurge at casinos and spas on the ships, partly making up for the blow from cruise operators’ occupancy constraints. Occupancy has not yet returned to pre-pandemic 2019 levels.

“Yesterday, we sold just one of our over-water cabanas for one day for $4,000 and we just see there’s just a lot of demand for these experiences,” Chief Executive Officer of Royal Caribbean International Michael Bayley said.

The cruise operator’s revenue was $2.18 billion for the second quarter, compared with estimates of $2.11 billion, according to IBES data from Refinitiv.

Royal Caribbean still said the spread of COVID-19 in Europe and Russia’s invasion of Ukraine have lowered its occupancy levels on cruises around the continent, which carry higher-than-average ticket prices.

The owner of Celebrity Cruises and Silversea Cruises brands forecast total revenue of around $2.9 billion to $3 billion for the third quarter, compared with estimates of $3.03 billion.

It forecast per-share earnings to be between five cents and 25 cents for the third quarter, compared with estimates of 92 cents, due to higher fuel and food costs.

Reporting by Praveen Paramasivam in Bengaluru and Doyinsola Oladipo in New York; Editing by Shounak Dasgupta, Maju Samuel and Will Dunham