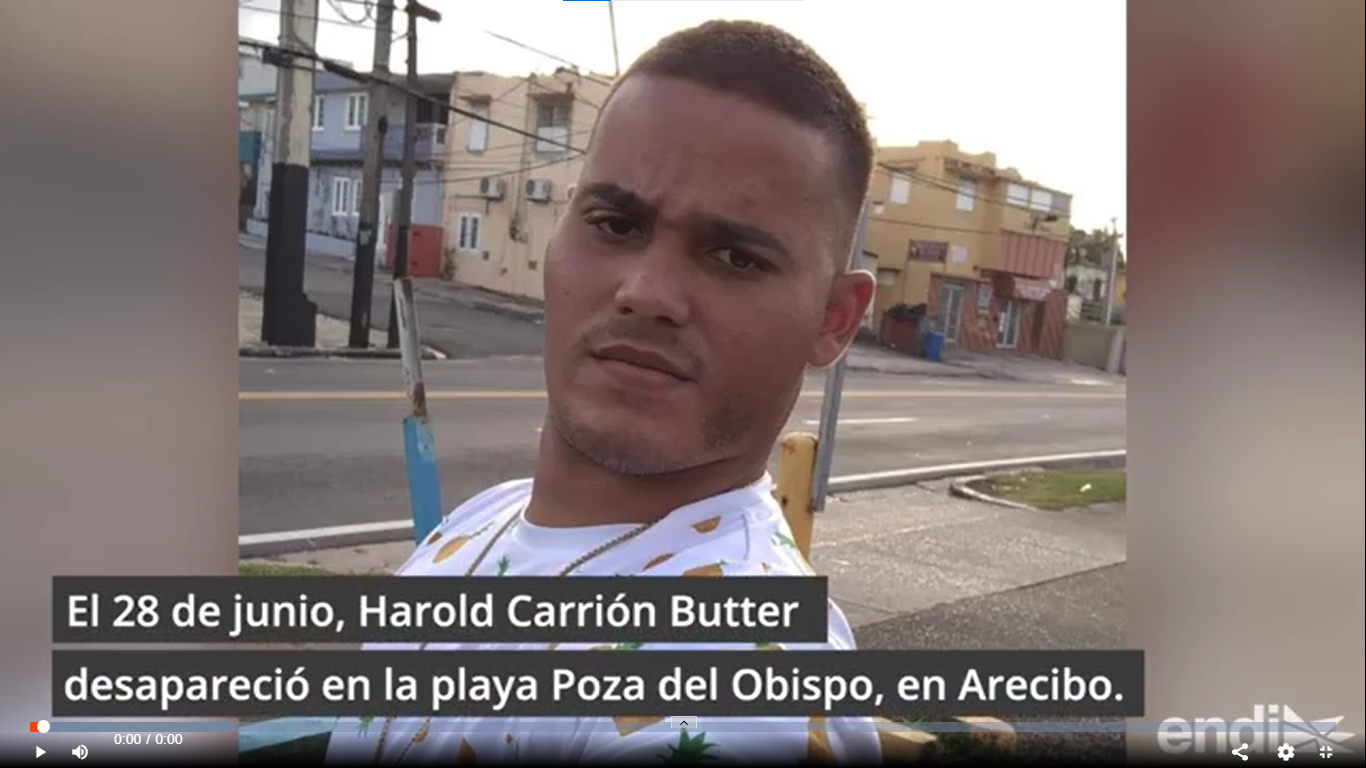 SAN JUAN — The saga of a missing indigent in Puerto Rico has tempers flaring now that it is learned that he was having “gender issues” and that his disappearance was an elaborately-staged hoax he coordinated with his mother.

The intense search by air, sea and land carried out by federal and state authorities for the 23-year-old Harold Carrión Butter who was thought to have drowned on the Poza del Obispo beach in Arecibo cost taxpayers at least $1.2 million,

The Coast Guard suspended the search for the indigent man Thursday night in waters just off ‘La Poza del Obispo’ in Puerto Rico.

Carrión Butter from Arecibo was found alive Friday morning in an abandoned structure near Garcia Park in Arecibo where he was detained by Puerto Rico Police.

Carrión Butter was arrested Friday by agents with the Criminal Investigation Corps (CIC) of the Police Bureau in that area after a confidential call alerted that his disappearance was a lie.

The Department of Justice and Sergeant Aníbal Crespo Badillo, of the Arecibo CIC Homicide Division confirmed  that the Arecibo Prosecutor’s Office will not file charges against Harold Carrión Butter or his mother, understanding that no crimes were committed. under the Penal Code of Puerto Rico.

“We consulted with the prosecution and they determined not to file charges because they understand that there is no configuration of crimes under the Penal Code, so we release it now,” Crespo Badillo said. “He was never arrested, but detained here in (the) Comandancia (of Arecibo) while we interviewed him, but he can leave now without problems.”

Coast Guard Sector San Juan watchstanders received a call at 9:23 p.m. Tuesday from a 911 Emergency operator who initially reported the incident to the Coast Guard.  A Coast Guard MH-60T Jayhawk helicopter launched from Air Station Borinquen, while a Station San Juan 45-foot Response Boat Medium also responded to the scene.  Watchstanders transmitted an Urgent Marine Information Broadcast advising boaters and mariners in the vicinity to be on the lookout.

Since the search began Tuesday, Coast Guard air and surface units conducted six surface and 13 air searches covering an area of 1,625 square nautical miles, an area approximately half the size of Puerto Rico.