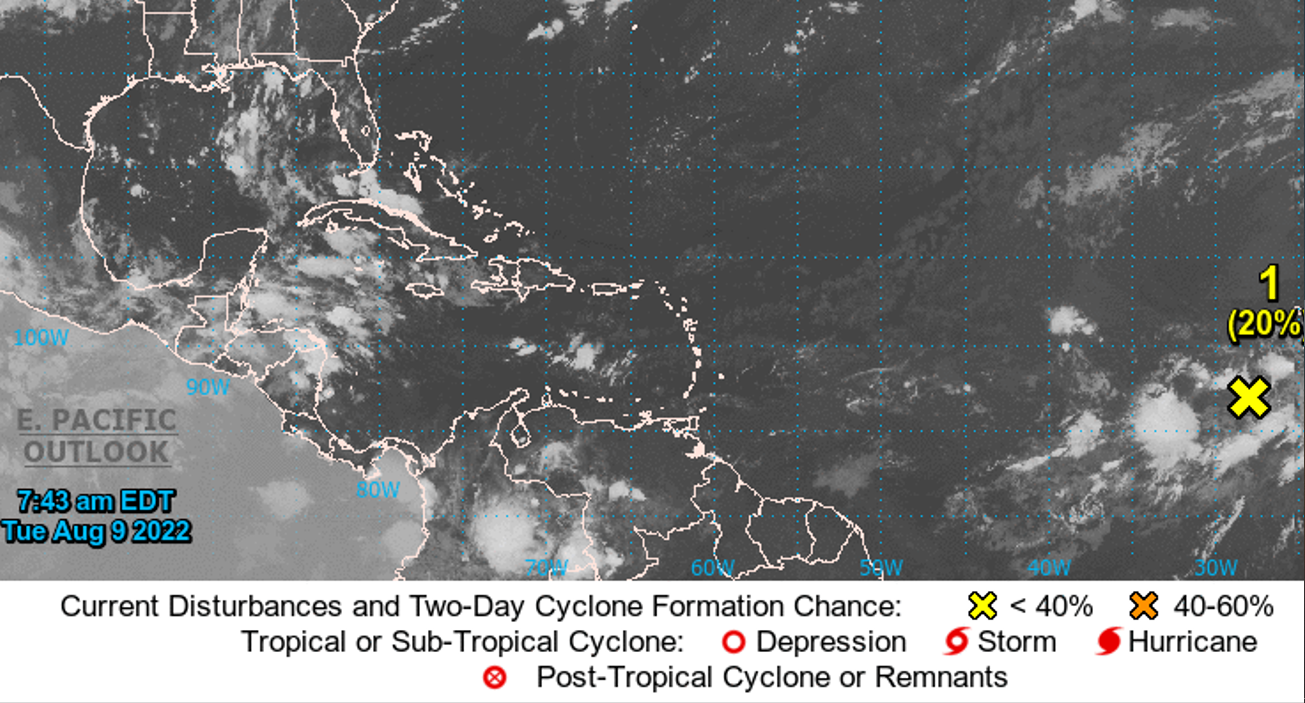 MIAMI — The tropical wave in the eastern Atlantic is beginning to show its limitations, causing the National Hurricane Center to lower its odds of development.

A wave that emerged off the coast of Africa early Monday is continuing to produce a large area of disorganized cloudiness and thunderstorms a few hundred miles southwest of the Cabo Verde Islands, the NHC said in its 8 a.m. update.

Forecasters gave the system a 20 percent chance of forming in the next two days but decreased its five-day forecast odds from 40 percent to 30 percent this morning.

The wave faces several challenges to its development, including the dry air of the Saharan dust resting over the mid-Atlantic and covering the Caribbean and Florida.

The system is moving west between 15 and 20 mph across the eastern Atlantic. Initially, hurricane specialists predicted the wave could become a tropical depression by Wednesday or the latter part of the week but have since pivoted from the prediction.

As the peak of season approaches — the time of year where the most tropical storms are observed — the National Oceanic and Atmospheric Administration released its midseason forecast and is expecting an above-average number of storms this season, with a range of 14 to 21 named storms.

So far, the 2022 hurricane season has produced three named systems: Tropical Storm Alex, Bonnie, and Colin. While the 2022 season is quiet compared to the past two years, the NOAA’s records show the season is producing average numbers for the time being.