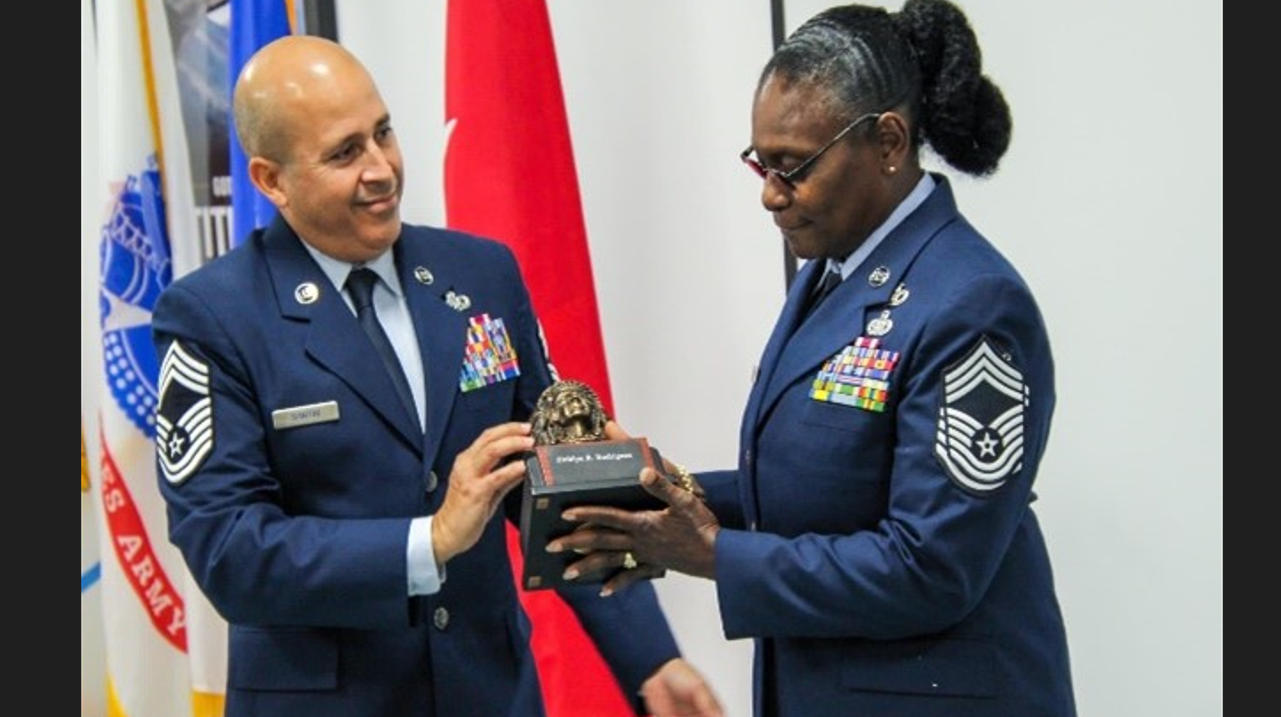 Rodriguez promotion makes her the third female promoted as Chief Master Sergeant in the VIANG and the first female to achieve the rank being assigned to the 285th CES.

“I am proud to have made history and will continue to pave the way for other female airmen,” Rodriguez said. “I do believe leaders should always strive for the utmost quality to foster excellence amongst the airmen. As the Chief Enlisted Manager, it gives me the opportunity to leave a legacy of leadership standards that everyone can measure their level of greatness by.”

Rodriguez currently serves as the Chief Enlisted Manager and Facility Manager at the 285th CES. She manages the base comprehensive planning process, the 285th enlisted force, and serves as the Senior Enlisted Advisor to the squadron commander. She directs subordinates engaged in technical and clerical work related to civil engineer facility maintenance and operations, resource management, and unit training.

“The Virgin Islands Air National Guard and the 285th CES are fortunate to have a CEM with the level of knowledge, integrity and reverence of the Airmen that CMSgt Rodriguez has and I am incredibly happy to have her as my Chief,” said Lt. Col Kenneth Fechter, commander for the 285th CES.

Rodriguez first enlisted in the V.I. Army National Guard (VIARNG) in December 1988 and served as a Medical Specialist with the then 651st Medical Detachment on St. Croix. Having moved through the ranks quickly, Rodriguez was assigned as the Non-commissioned Officer in Charge (NCOIC) in 1994, where she served as a traditional member until she transferred to the VIANG to the then 285th Combat Communication Squadron in July 1995 as the Supply Management Journeyman. The 285th was later converted to a Civil Engineer Squadron in 2012.