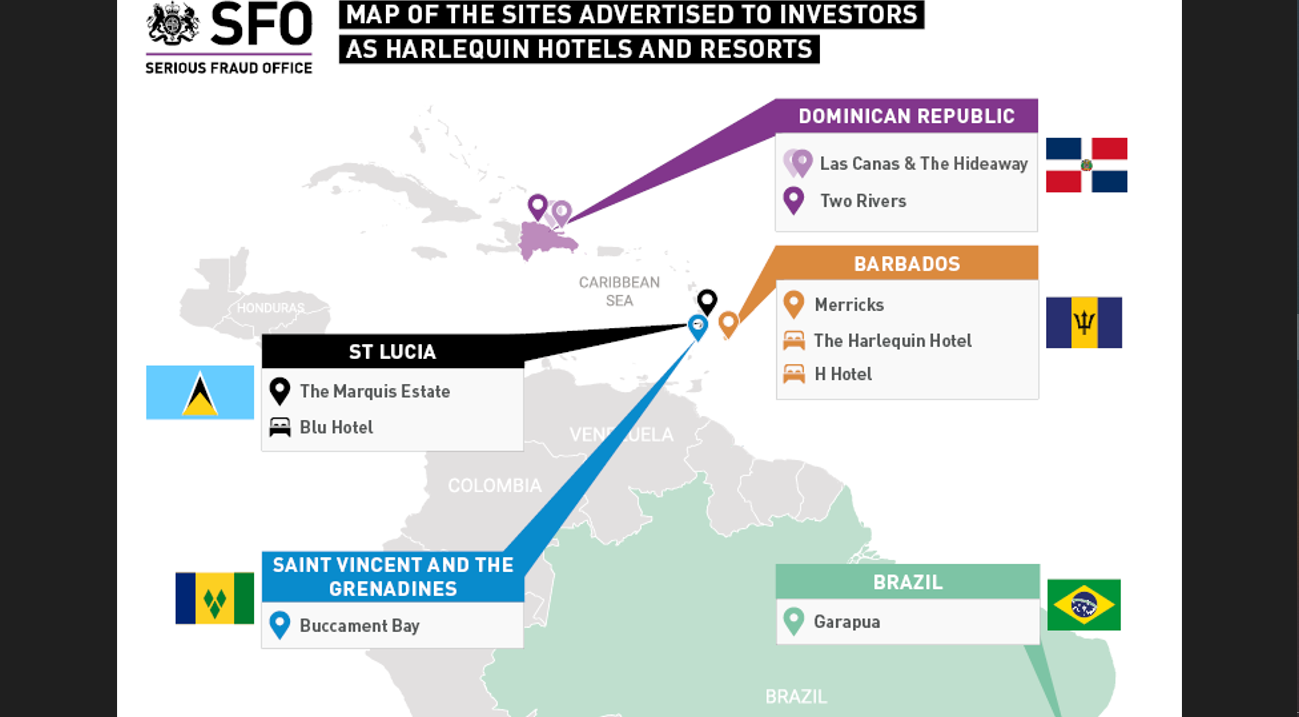 LONDON — The chairman of failed luxury Caribbean hotel and resort developer Harlequin Group was convicted on Wednesday of defrauding $274 million from more than 8,000 investors in Britain.

David Ames was found guilty by a jury at London’s Southwark Crown Court of two counts of fraud by abuse of position, the UK Serious Fraud Office (SFO) said in a statement, adding that he offered no evidence in his defense.

The SFO told Reuters that Ames had pleaded not guilty to the charges against him in 2017. The 70-year-old Briton, whose lawyer was not immediately available for comment, will be sentenced on September 22.

Investors paid a 30 percent deposit to purchase an unbuilt villa or hotel room in places such as the Dominican Republic, Barbados, St Lucia, Saint Vincent and the Grenadines, the SFO said. Half went towards fees for Harlequin and salespeople, while Harlequin put the remaining 15 percent towards construction.

The scheme expanded exponentially and investor money was diverted between resorts, the SFO said. But by 2012, the venture faced a 1.2 billion pound funding shortfall, it added.

Harlequin went into administration in 2013 and more than 99% of investors, some of whom had invested retirement and life savings to finance deposits, received no return.

The SFO said Ames made $7.48 million from the projects, adding that he repeatedly ignored warnings that the business was likely insolvent and sacked associates who raised the alarm.

Almost 400 million pounds of investor funds were lost between 2005 and 2013, the SFO said, although its indictment period only covered losses from 2010 until 2013.