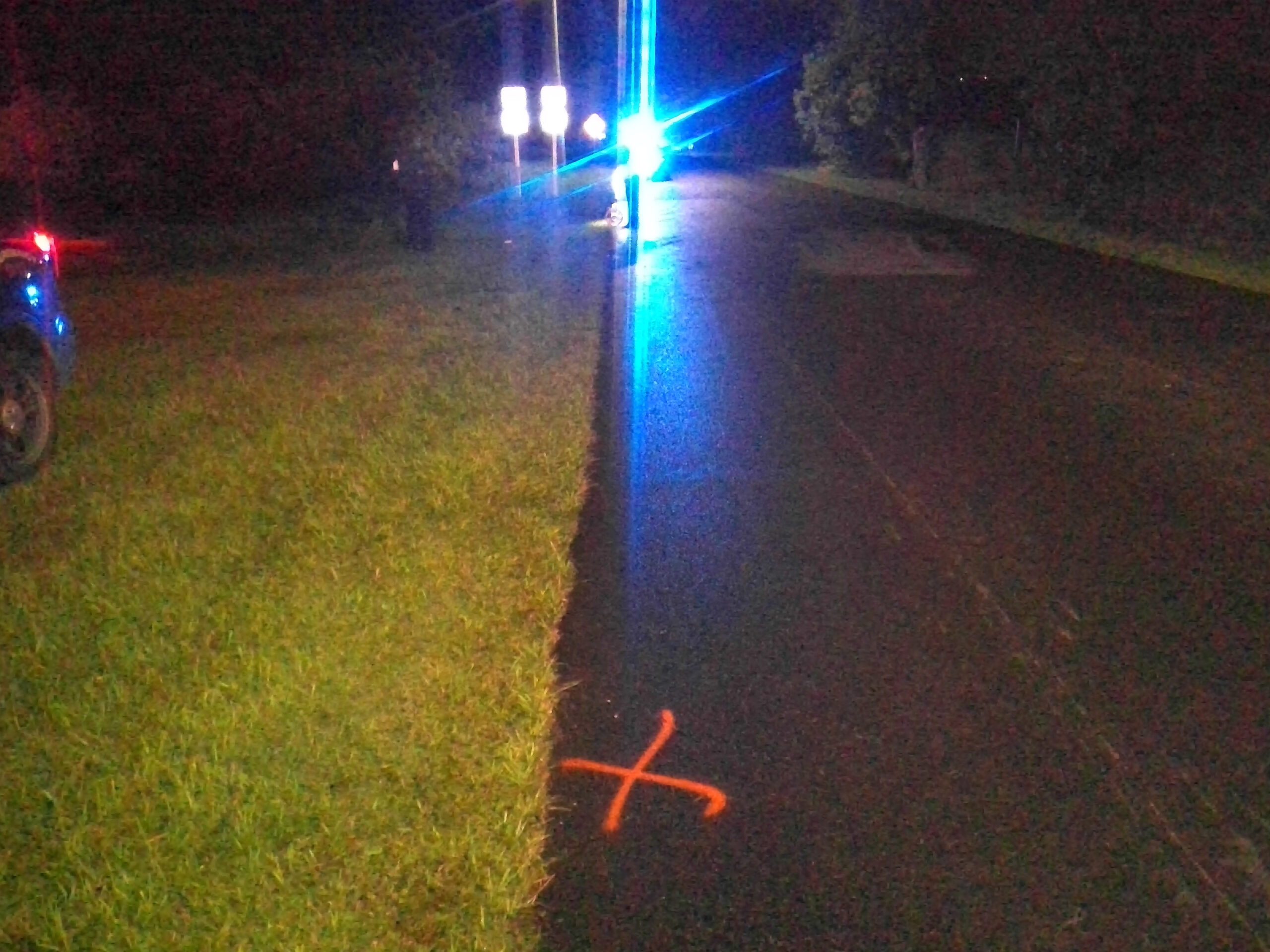 FREDERIKSTED — A motorist speeding through an active accident zone hit a police officer directing traffic and sent him 85 feet in the air before landing in some nearby bushes.

Upon officers’ arrival at the scene, they conducted a preliminary investigation which revealed that officers from the Wilbur Francis Command Police Station had just arrived in the area to investigate two vehicle automobile collision, according to the VIPD.

The officers had their marked police unit at a stop in the roadway with the blue lights flashing to slow down the traffic and make the scene safe to begin the investigation of the crash, police said.

While the Officer was directing motorists to slow down as they approach the collision area, he observed a red pick-up truck heading eastbound towards him at a high rate of speed, according to police.

The officer then began signaling the driver by, waving his hand at the driver to slow down the vehicle However, when the officer realized that the vehicle was not slowing down, he moved out of the roadway onto the shoulder of the road to avoid being struck by the vehicle. The driver, however, not having control of his vehicle, struck the officer.

“The officer, after impact, was thrown into the air and landed approximately 85 feet from the area of impact, eastward into the bushes on the northern shoulder of the eastbound lane,” VIPD Communications Director Glen Dratte said.

The officer was transported by an ambulance to the Juan F. Luis Hospital for treatment, according to Dratte.

There is no information available on the driver or the red pickup truck currently, police said.

This case will remain open and under active investigation by the Traffic Investigation Bureau.