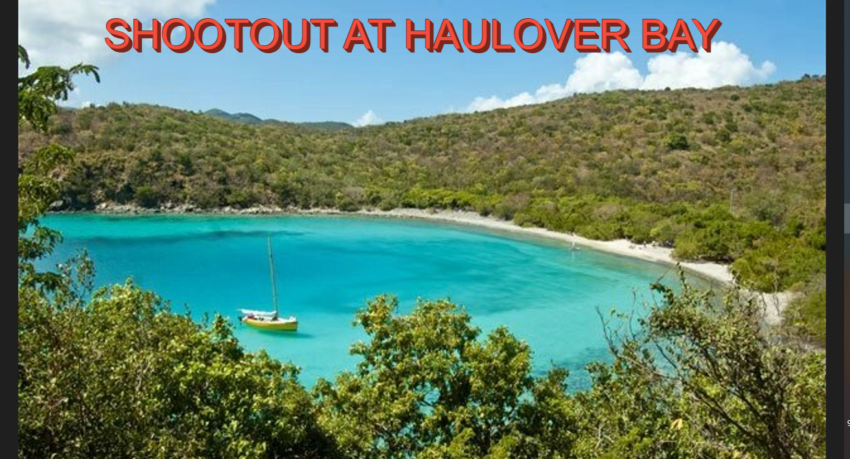 CHARLOTTE AMALIE — A confidential informant who turned cowboy on the feds and tried to make off with $1.1 million in cocaine after a beach shootout in 2019 was found guilty as charged on Thursday, authorities said.

After a brief deliberation, a federal jury returned guilty verdicts against Samuel Pena Columna of the Dominican Republic on conspiracy to possess with intent to distribute cocaine, possession of a firearm in furtherance of the drug trafficking conspiracy, two counts of assault, and one count of using and brandishing a firearm in furtherance of a crime of violence, U.S. Attorney Delia L. Smith said.

Sentencing for Pena Columna is scheduled for January 19, 2023.

According to court documents and evidence presented at trial, the charges stem from a
September 25, 2019, shootout with several U.S. Customs and Border Protection (CBP) Air and
Marine Agents after Pena Columna drove four men and over $1.1 million dollars to Haulover Bay,
a known human and drug smuggling trail in St. John.

Pena Columna and his co-defendant had planned to exchange the $1.1 million in cash and an AR-15 pistol-type gun for 100 kilos of cocaine.

Two of Pena Columna’s co-defendants, Joan Morales Nolasco and Rammer Guerrero-Morales, each
armed with an AR-15 pistol and a handgun, headed down the trail where they were confronted by
two CBP agents along the trail.

Columna fled the scene in his car with the other two smugglers and the $1.1 million.

At trial, Pena Columna argued that, on the night of the drug trafficking operation, he was
acting as a confidential source for the Drug Enforcement Administration (DEA), a role he had
performed since 2017.

Agents further testified that though Pena Columna had provided information to DEA that led to the convictions of several drug traffickers, he also maintained a robust drug trafficking organization of his own.

Finally, agents testified that Pena Columna was never authorized to conduct illegal drug transactions and failed to advise DEA before or after the shooting incident as required in his agreement with DEA.

Co-defendant Morales Nolasco testified that the September 25th drug transaction was just one of many large-quantity cocaine deals he had conducted with Pena Columna throughout the period that he had worked as a confidential source for DEA.

Guerrero Morales also testified that Pena Columna was involved in the drug transaction on the night of September 25, 2019.

“Cocaine smuggling is an enormous threat to our Virgin Islands community and the United States mainland”, stated United States Attorney Delia Smith. “The shooting of a federal agent demonstrates how dangerous and violent those involved in drug trafficker can be. This conviction demonstrates that those involved in drug smuggling and assaulting law enforcement officers will be held accountable.”

Additional information about the OCDETF Program can be found at
https://www.justice.gov/OCDETF