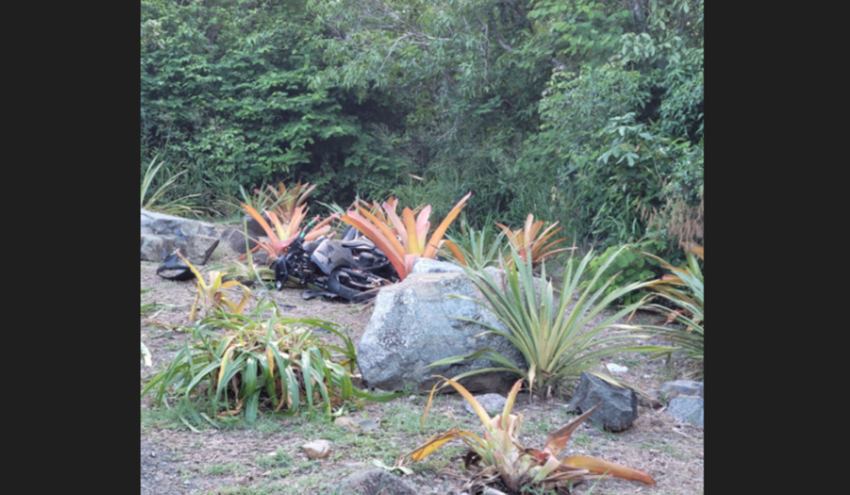 CHARLOTTE AMALIE — A 59-year-old man died after losing control of his scooter and being thrown from it when it struck a large rock at the side of the road in St. Thomas.

A firefighter reported to the 911 Emergency Call Center at about 4:10 p.m. Sunday after spotting a motorcycle collision in the area of Estate Canaan, the Virgin Islands Police Department said.

Police arriving on the accident scene observed a black male who was later identified as Vincent Henley, “lying lifeless in the grass of the western side of the roadway,” according to the VIPD.

A preliminary investigation by the Traffic Investigation Bureau revealed that Henley was riding a motor scooter traveling from Magens Bay heading westward, when he lost control and struck a large rock on the left side of the roadway, VIPD Communications Director Glen Dratte said.

Henley was then thrown from the scooter into the grass where his head struck another large rock. He expired on the scene and was identified by his next of kin on the scene, according to Dratte.

No other vehicles were involved in the collision, police said.

Meanwhile, St. Thomas Rescue reported that “crews have responded to multiple calls (Sunday), including a serious motorcycle accident that involved a loss of life.”

“A technical rescue incident is currently underway in the area of Peterborg Point involving another loss of life,” according to St. Thomas Rescue.

No further information was available about the second accident or its victim.

“We really need to go back to the basics and follow the traffic rules and regulations and the laws — especially the speed limit,” Capt. Jarvis said. “We could see that these crashes are closely related to speed, so we’re asking the public to please follow the traffic regulations, make sure to wear your seat belt, stay as far left as you can and drive with courtesy and consideration for everybody using the road.”

The investigation into this accident is actively underway.