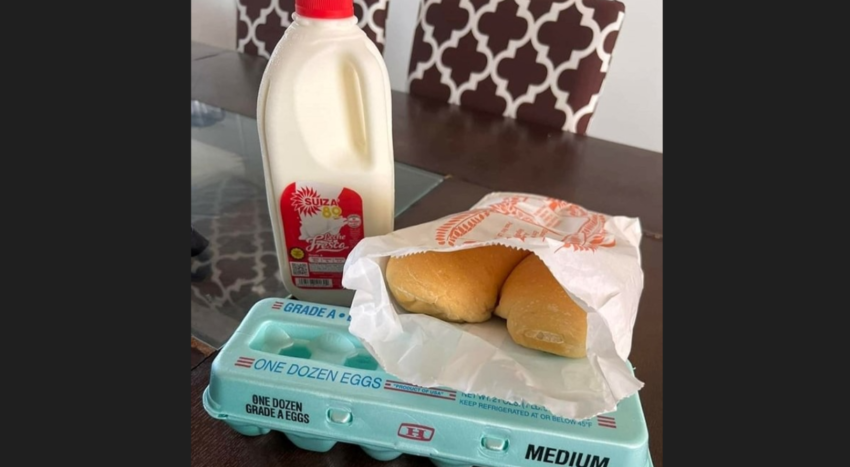 The highest inflation in roughly 40 years is prompting people to shift their shopping habits, especially at the grocery store.

About 90 percent of Americans are concerned about food prices, according to a survey conducted by The Harris Poll on behalf of Alpha Foods. The online survey questioned more than 2,000 American adults about their inflation concerns and shopping habits in two waves, March 18 to 23 and again May 6 to 8.

In that time, the cost of groceries also overtook gas prices as Americans’ top inflation concern.

“Initially concern was highest around gas prices, followed by groceries and other forms of discretionary spending,” said Abbey Lunney, managing director at The Harris Poll. “But in the last couple of weeks groceries have become the No. 1 concern for Americans.”

Both food and energy costs have spiked. The Consumer Price Index report for April showed that costs of food — including food at home and away from home — were up 9.4% on the year. Still, costs of energy, including energy commodities, all types of gasoline and fuel oil, were up 30.3% from a year ago.

And in the U.S. Virgin Islands and Puerto Rico, skyrocketing food prices are even more concerning. The price of a one pound container of Skippy peanut butter has gone from $9.99 to $11.99 in just the last two weeks at Super Save Supermarket in Estate Concordia in Frederiksted.

Meanwhile, a PR Informa survey sampling found that a quart of milk, a dozen eggs and two small pieces of bread cost $16.50 in October 2022.

St. Croix is not far behind. Soon a single serving water bottle will be 5$. Minimum 5-10$ purchases to pay with a card every where lately, I just needed a couple drinks and water for my puppies. What if a person is down to their last 4$,” V.I. Free Press reader Maria Del Mar Quinones of St. Croix said.

“And every single supermarket and gas station foodmart has had expired items on their shelves and in coolers. Every single one. Gray meat. Wrinkly fruit. It’s like they don’t even care how it looks,” Quinones added. “Whoever is supposed to be looking out for us, is NOT doing their job.”

“I could only imagine what the prices in st.croix will be,” Jorge Acevedo said.

“That is what happens when u become over dependent on other people making ur countries laws!” Jorge Acevedo replied to Benjamin Jacobs-El.

To spend less, many Americans are changing how they shop for groceries and what they buy.

More than half of those surveyed said that rising meat prices made them more curious about trying plant-based food and dairy options. Others are also shifting their shopping habits to take fewer trips or are forgoing their favorite brands.

Stormy Johnson, 45, has made changes to her grocery list to ensure she can feed her family. Johnson works as a student support specialist in Preston County Schools in Kingwood, West Virginia, and lives with her two children, Violet, 15, and Tristan, 14, whom she parents alone.

“The stuff that we used to eat we’re not eating anymore,” Johnson said. “We’re eating more spaghetti and that type of stuff because it’s cheap — but it’s not healthy for you.”

Johnson added that the family used to eat a lot of chicken, but it’s gotten so expensive that she’s substituting less expensive, fattier hamburger. If she does buy vegetables, she gets frozen ones instead of fresh ones to save money.

“Look at the amount of food you could buy for $100, and then see what you could buy healthy for $100,” Johnson said. She’s also struggled since losing the enhanced child tax credit, which added money to her monthly budget last year.

Tania Brown, an Atlanta-based certified financial planner and founder of FinanciallyConfidentMom.com, has also been shifting her food spending over the last few months. Her family has cut back on the number of snacks they purchase and has been making more stir-fry dinners with less meat.

“That cuts the amount of meat I need in half,” Brown said.

She also recommends that people be flexible in their shopping and meal planning, as it will help them keep costs down.

“I remember the day I could go in and find any food item I wanted,” she said. “Now, you may have to have a first and second meal choice because the meat you want isn’t available or the price of that meat just went up.”

Of course, there are some areas where Americans have not yet shifted their consumption habits, even amid high inflation.

“Spending on alcohol has remained consistent so far,” said Lunney. “People are still hanging in there.”