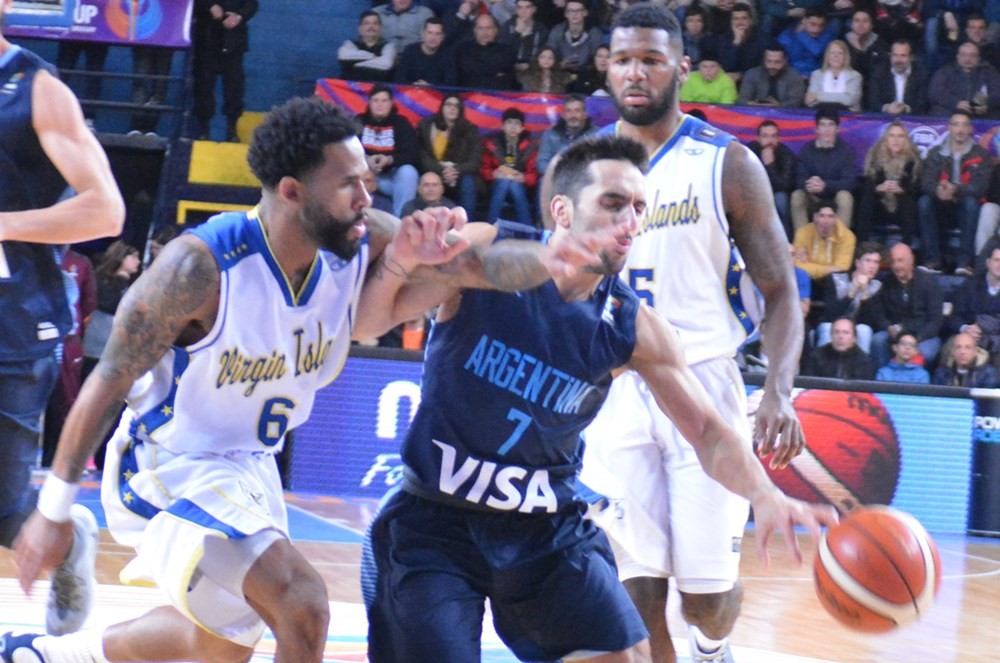 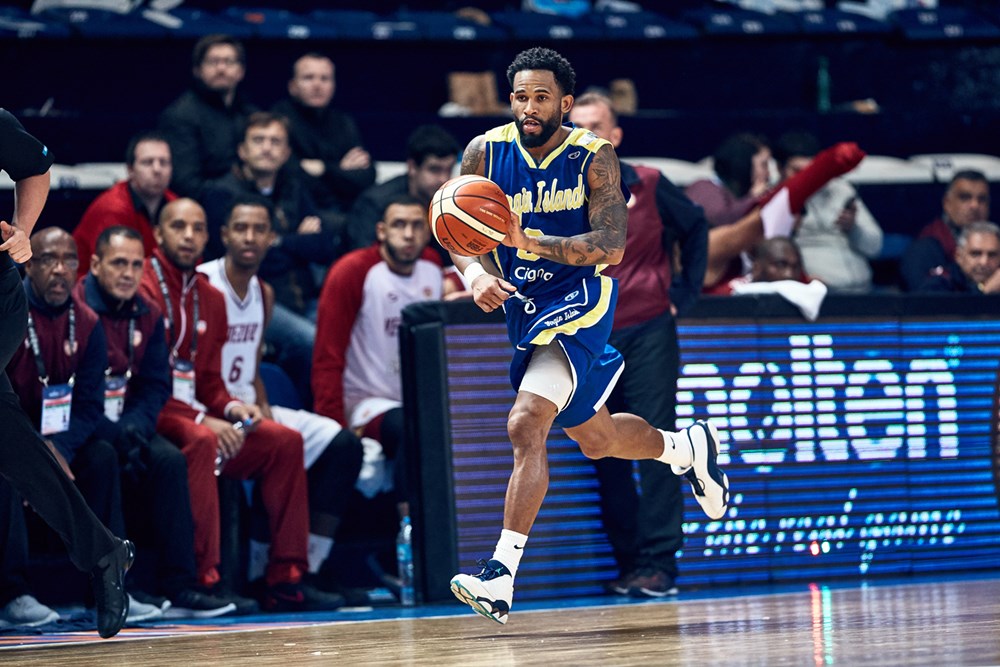 HIGH SCORER: Walter Hodge of Puerto Rico has been the game’s high scorer in two out three of the Virgin Islands men’s teams games at the 2017 AmeriCup Championships in Argentina. With a loss on Tuesday, the team still moves on to the semifinals and a chance to play in the Final Four.

BUENOS AIRES — The Virgin Islands’ men’s basketball team will advance to the semifinals of the 2017 FIBA AmeriCup Championships.

The Virgin Islands earned a trip to Cordoba  by taking a three-way tiebreaker over Venezuela and Canada.

Meanwhile, star-scoring point guard Walter Hodge says it is an honor to play for the territory.

Hodge was born on September 21, 1986 in the Puerto Rican municipality of Guaynabo.

But he proudly wears the Virgin Islands’ jersey and showed off his tattoos for a FIBA photo session.

The tattoos represent some of his past, and he marks the story of his life on his skin — by marking each of the places he visits around the world in ink on his body.

“It’s something I’ve always liked,” he said. “It’s art. The first tattoo I had done was my daughter’s name, when I was 19, and then I had the faces of my two sons tattooed. As time went by, I tried to tattoo everything that has happened and has had an impact on me. Everything has sense and a purpose.”

Hodge said that he is grateful to the territory for allowing him to travel around the world pursuing his basketball dream.

“Since I was little, I dreamed of traveling the world with basketball. Thank God I’m able to do so. That’s why I’m planning on inking my right thigh. When I was a child, I used to make paper planes. Now I’ve tattooed one on one of my fingers. I’ll tattoo on my right thigh all of the places I’ve played in, such as something related to the city or country I’ve been in.”

The six-foot-tall point guard also commented on the competition in Group B.

“It’s a young group,” he said. “The most important thing is that we’re going to make them play hard. We’ll give it our best shot. We want to control the defense as well as the offense, because the only thing that we can’t control is their scoring. We’ll give it all and we have nothing to lose.”

After their win in the FIBA AmeriCup 2017 Group B opener over Canada, the point guard said: “I can tattoo something from Bahia. If we win, and we qualify to the Final Four, I will get one about the city.”