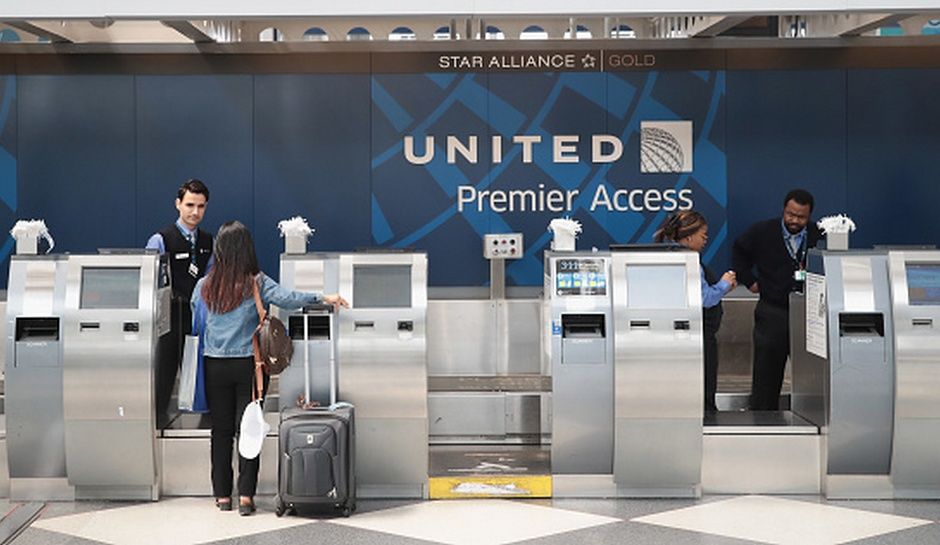 CHARLOTTE AMALIE — One of the selling points of the Virgin Islands current tourism campaign is to emphasize “No Passport Required.”

But for nine United States that is all about to change … starting in 2018.

So the question becomes: What will the impact be to tourism in the territory? Will it be a positive or a negative?

We put that question to Tourism Commissioner Beverly Nicholson-Doty today.

Nicholson-Doty did not respond immediately to the Virgin Islands Free Press‘ request for comment … but we hold out hopes that she will weigh in some time today!

In January, folks in those states will have to have passports in order to take any kind of flight, whether it is international or domestic.

As reported by Travel and Leisure, nine states will no longer allow travelers to board an airplane with just their state issued driver’s licenses as of January 22, 2018. In order to get past any and all TSA security checkpoints, there will be another form of identification required of them, which includes the following.

The Real ID Act of 2005 states that state-issued IDs from these nine states do not meet the minimum security standards of the federal government.

WDW Info did spot a couple of signs up in Orlando International Airport (MCO) that have just recently been displayed. One simply states the information of the Real ID Act going into effect in January, while the other lists the nine states affected.

In December, it was announced that signage would start being placed around the security checkpoints in airports to remind travelers of what is to come. With just a little over six months until the Real ID Act goes into full effect, it is time to start planning now and look into getting your passport.

Some states have started working on offering federally approved issued IDs that would not require a passport for domestic air travel. Check with your local government office to see if there is a different type of ID you can apply for.

These posters are huge reminders that 2018 is not nearly as far away as it seems. On January 22, 2018, the enforcement for those nine states will go into effect, and by 2020, even more people will end up needing a passport, as confirmed by the official website of the TSA.

This means that if you’re going to take a flight and you have a state-issued ID from one of those nine states, you will need a passport to go anywhere. That includes going to the next state, across the country, or even to Walt Disney World, as all domestic travel is included in these new standards.

According to Travel.state.gov, some states are trying to make changes to become compliant, but if they are not by Jan. 22, 2018, extra identification will be needed.

“Effective January 22, 2018, air travelers with identification that does not meet the REAL ID Act requirements and whose state does not have an extension must present an alternative form of identification in order to board a domestic flight. Examples of acceptable forms of identification include U.S. military or dependent ID, DHS trusted traveler cards, airline or airport-issued ID, passport book or passport card, or federally recognized tribal-issued photo ID.

We encourage you to check the REAL ID compliance status of your state on the DHS website and review TSA’s list of acceptable forms of identification. You should also check with your state’s licensing agency about how to acquire a REAL ID-compliant identification card.”

It isn’t that traveling has been made more difficult by the federal government, but they are simply trying to make it safer. The Real ID Act is going to maintain that the residents of the nine included states must have another form of ID, most typically a passport, other than their state-issued driver’s licenses for air travel. Considering this includes international and domestic flights, it may be time to start applying for a passport now since 2018 isn’t too far away. 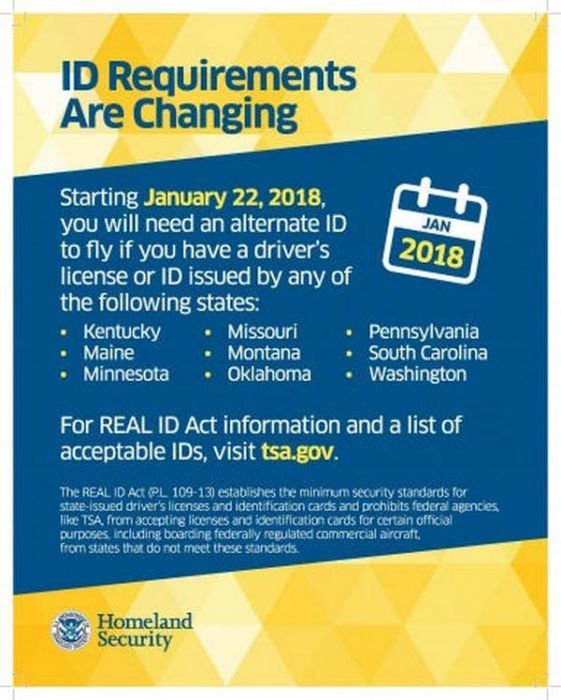