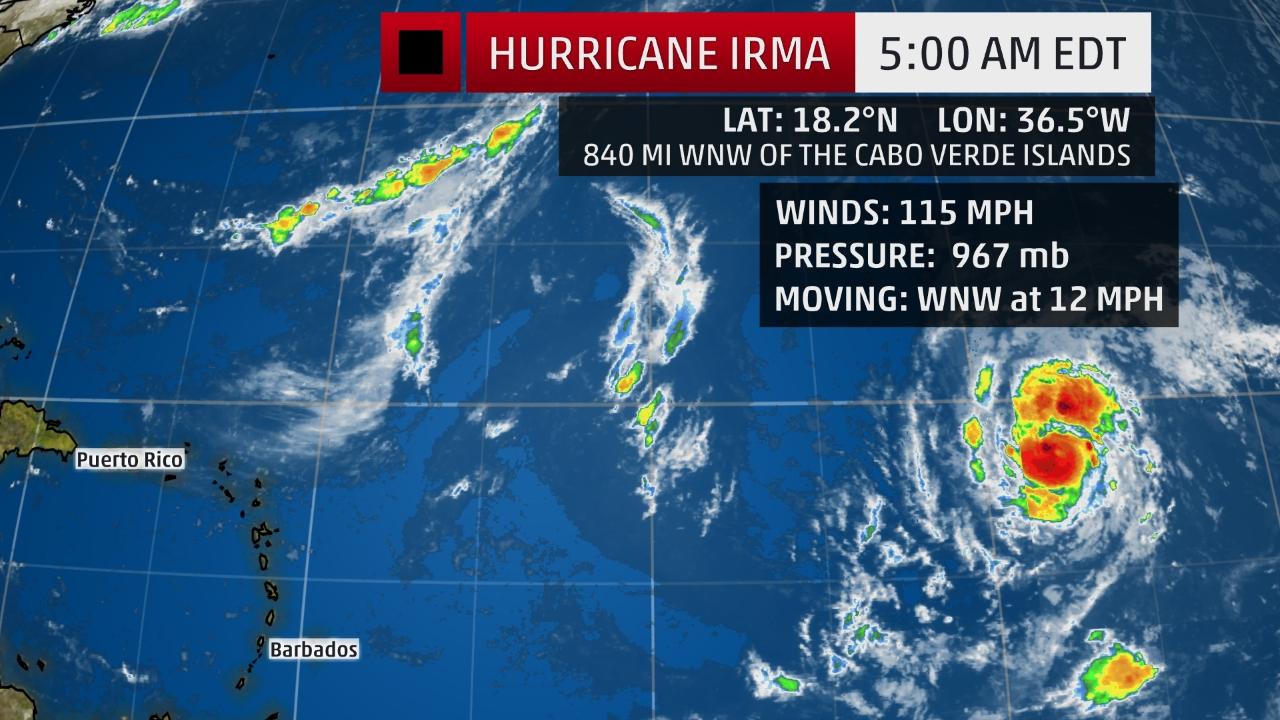 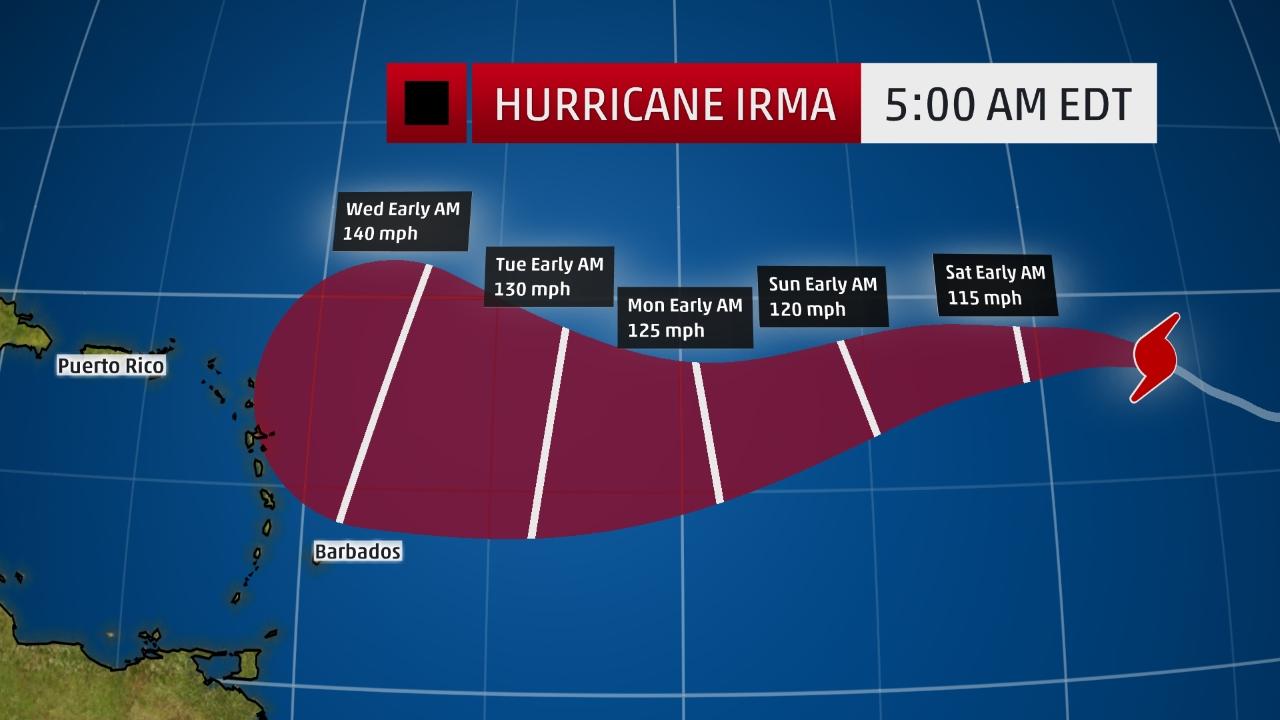 WHERE WILL IRMA GO? The projected path and intensity of Hurricane Irma based on Friday’s modeling.

MIAMI — Powerful Hurricane Irma rapidly intensified in the open Atlantic and poses a major threat to the region, including the Virgin Islands and Puerto Rico next week.

Far across the Atlantic, just west of the Cabo Verde Islands, Irma strengthened into a Category 3 hurricane as of Thursday afternoon. Irma became a tropical storm at midday on Wednesday.

“There is the potential for Irma to ramp up to an even more powerful hurricane in the coming days,” according to AccuWeather Hurricane Expert Dan Kottlowski. “Irma is likely to become a major hurricane and could become a Category 4 well before it reaches the Lesser Antilles.”

Subtle changes in atmospheric conditions, such as slightly drier air and a small patch of strong winds aloft, can cause significant fluctuations in strength in even the strongest of hurricanes.

Irma will take about a week to make its trek westward across the Atlantic Ocean. Meteorologists will likely be tracking this storm through the middle of September.

“All interests in the eastern Caribbean will need to monitor the progress of this evolving and dangerous hurricane,” Kottlowski said.

“It is way too soon to say with certainty where and if this system will impact the U.S.”

During this time, plenty of atmospheric factors will come into play to determine its path.

Possibilities range from a landfall on the Leeward Islands in the northeastern Caribbean to the Carolinas and the island nation of Bermuda – and everything in between.

“Steering winds will guide Irma close to the Leeward Islands and then perhaps Puerto Rico and Hispaniola around the middle of next week,” according to AccuWeather Meteorologist Brian Thompson.

Conditions are favorable for tropical development throughout the central Atlantic, heightening the threat of significant strengthening as this system approaches the U.S.

The National Hurricane Center is also tracking a tropical wave that has just come off the coast of Africa.

It has a 50 percent chance of development over the next five days, and forecasters say that it could become a tropical depression early next week.

The next name on the list is Jose. The Atlantic hurricane season lasts until Nov. 30. 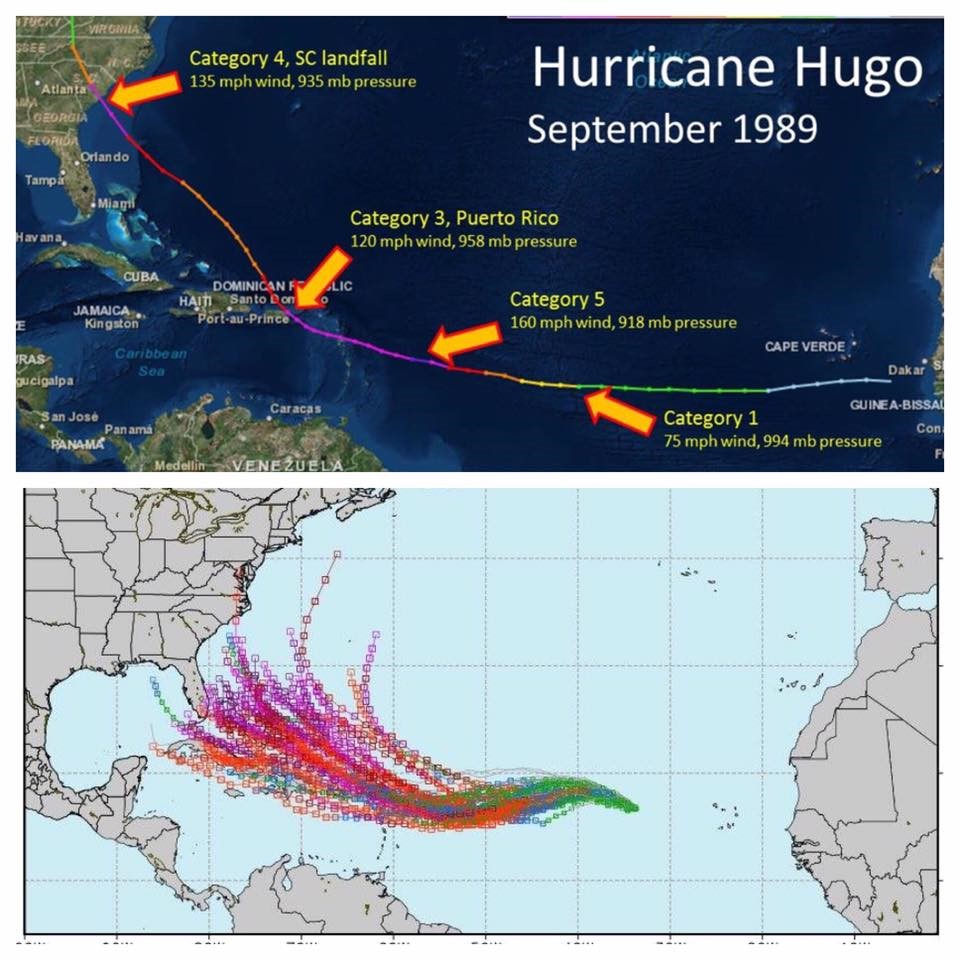 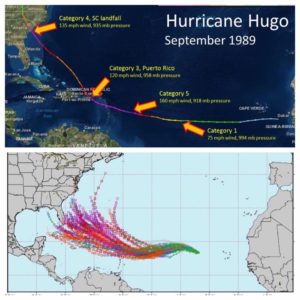