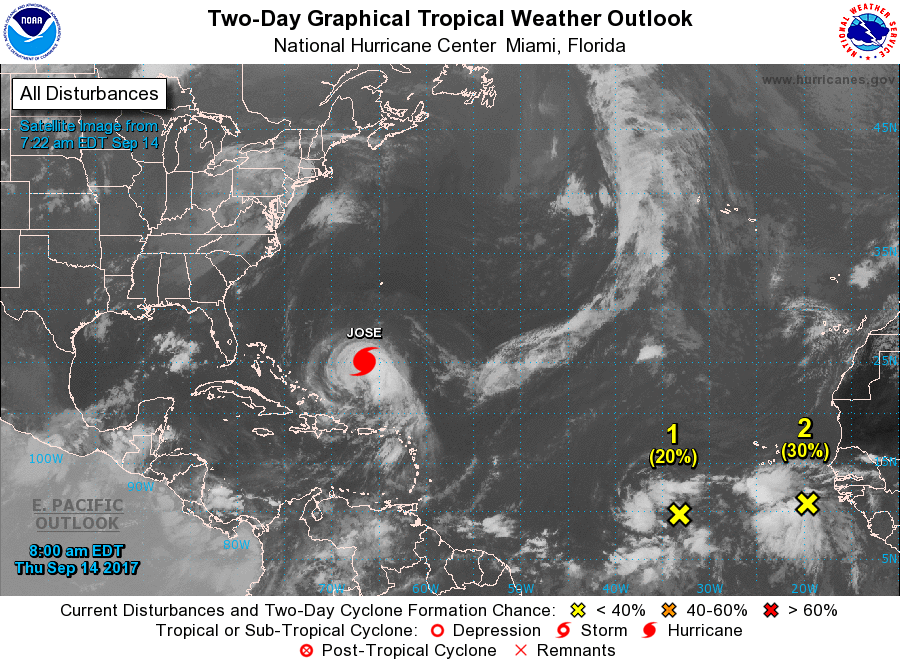 MIAMI — The National Hurricane Center said that it was watching two tropical waves as they came off the coast of Africa.

The first tropical wave is located about 800 miles southwest of the Cabo Verde Islands continues to produce widespread showers and thunderstorms.

“Environmental conditions are expected to be conducive for gradual development of this system, and a tropical depression could form early next week while it moves westward at around 15 mph across the tropical Atlantic,” the NHC said.

The second tropical wave is located between the west coast of Africa and the Cabo Verde Islands, is producing a large area of disorganized shower and thunderstorm activity.

“Some development of this system is possible over the next few days before upper-level winds become less favorable,” the NHC said.

The system is forecast to move westward at 10 to 15 mph across the far eastern tropical Atlantic for the next several days.

Its chance of developing into a bigger storm is 30 percent within the next 48 hours and about 40 percent over the next five days.

LETTERS TO THE EDITOR: People With Special Needs Should Get Special Consideration During Emergency Conditions