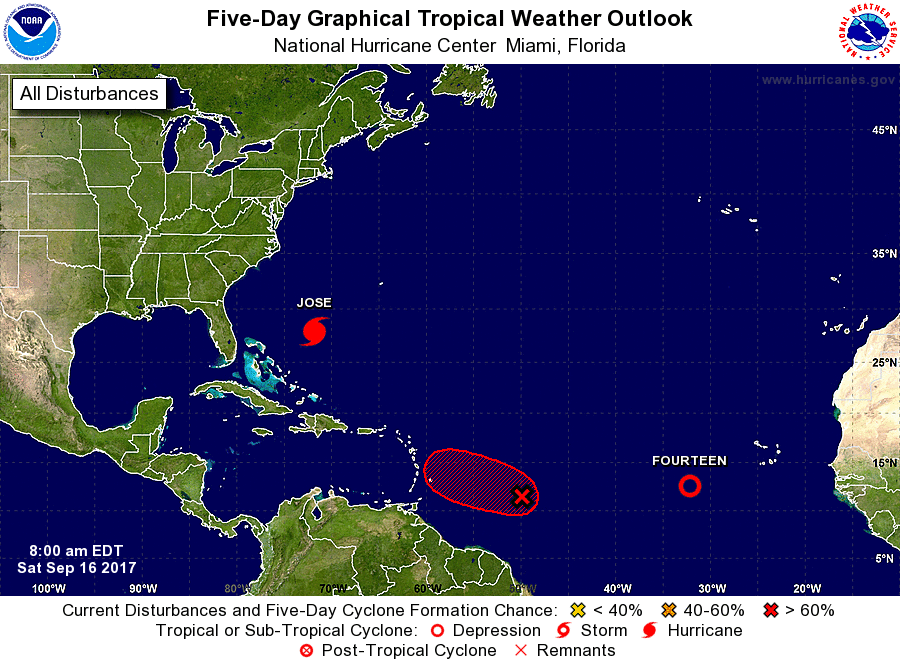 MIAMI — As the territory continues its slow recovery from Hurricane Irma, forecasters are keeping an eye on two systems in the Atlantic Ocean that may become the next named storms: Invest 96L and Tropical Depression 14.

Invest 96L sits 1200 miles east southeast of the Lesser Antilles and has an 80 percent chance of developing into a tropical storm or hurricane as it moves in that general direction.

The eastern Caribbean could feel some impacts by the end of the weekend.

Meanwhile, Tropical Depression 14 sits 435 miles to the south southwest of the Cabo Verde Islands and is also expected to intensify – possibly becoming a tropical storm later Friday or Saturday. This system shows no signs of impacting any landmass over the next week or more.

Tropical Depression Fourteen will likely strengthen in the eastern Atlantic and is expected to be over the open Atlantic for at least the next several days.

Here’s the latest from the National Hurricane Center:

Tropical Depression Fourteen is expected to track slowly west-northwestward into the central Atlantic over the next few days, influenced by the Bermuda High, a high-pressure system that is semi-permanent during the summer months and into the autumn.

By the middle of next week, increasing levels of wind shear are expected to weaken this system, and the system is forecast to weaken, or even dissipate over the central Atlantic. 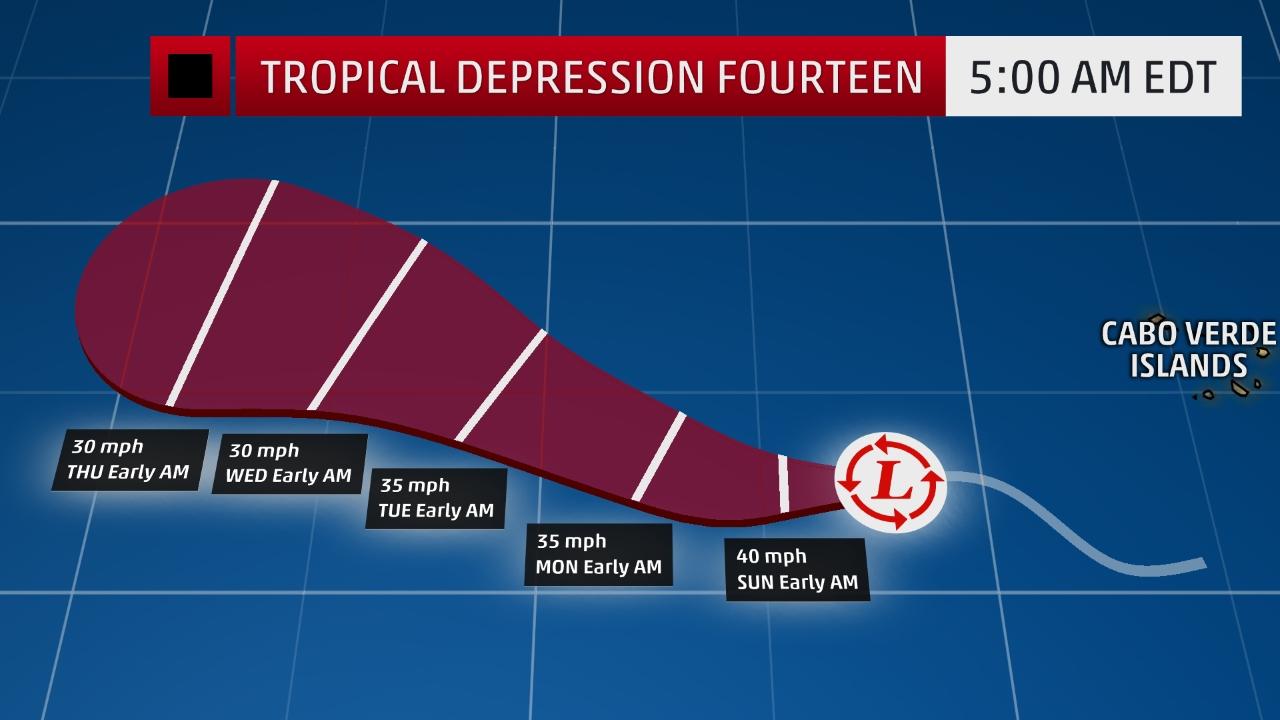 The People of The U.S. Virgin Islands Deserve The Same Rights As All Americans ... Especially After Hurricane Irma