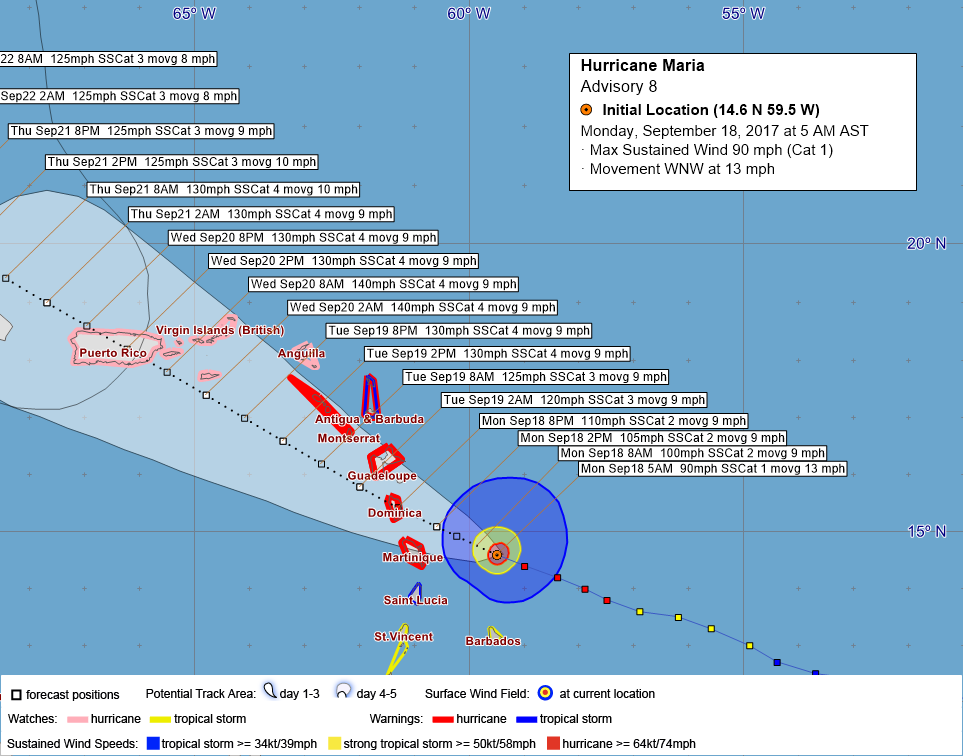 CHRISTIANSTED — A hurricane watch was issued for the territory on Sunday as Maria left residents of Irma-battered St. Thomas and St. John racing to prepare for yet another potentially powerful storm — but people in St. Croix know that THIS storm — is headed here.

Maria was about 100 miles east of Martinique at 5 a.m. AST, the National Hurricane Center said. It added that Maria could develop into a major hurricane by Monday night or early Tuesday.

At 5 a.m., the center of Hurricane Maria was located near 14.6 degrees North,  59.5 degrees West or about  414 miles southeast of the Virgin Islands.

A Hurricane Watch remains in effect for the Virgin Islands. Hurricane Maria is a Category One hurricane but is expected to strengthen into a major hurricane sometime today.

Maria is moving toward the west-northwest near 13 miles per hour and this motion with a decrease in forward speed is expected through Tuesday night.

Maximum sustained winds are near 90 mph with higher gusts. Significant strengthening is forecast during the next two days, and Maria is expected to become a dangerous major hurricane before it moves through the Leeward Islands.

Based on the 5 a.m. advisory, the center of Hurricane Maria will pass within ten miles of St. Croix at 3 a.m. Wednesday. At that time, Maria is forecast to be a Category Four hurricane with sustained winds of 140 miles per hour.

St. Thomas is forecast to begin feeling the effects of tropical storm force winds around 4 p.m. Tuesday continuing through 10 p.m. Wednesday. Peak winds of 71 miles per hour are expected on Wednesday morning around 6 a.m.

President Donald Trump signed an emergency declaration for the territory today, as Hurricane Maria continued to churn towards St. Croix and Puerto Rico as a Category 3 storm. 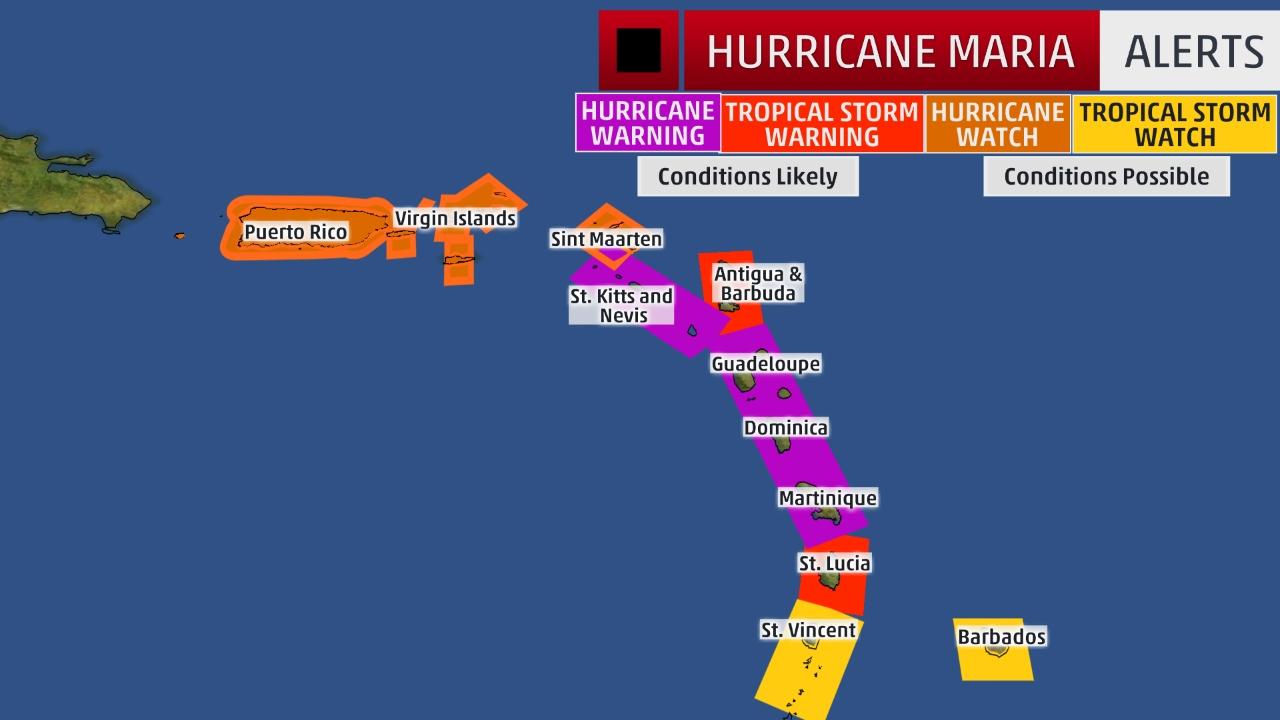 TOURISM COMMISSIONER: Government Has Struck A Deal With American Airlines To Fly Tourists Off Of St. Croix In Advance of Hurricane Maria ... For Free!