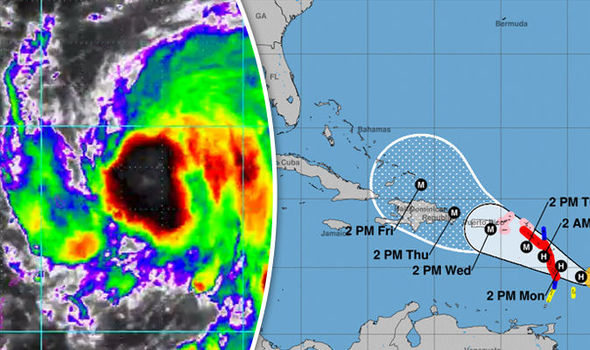 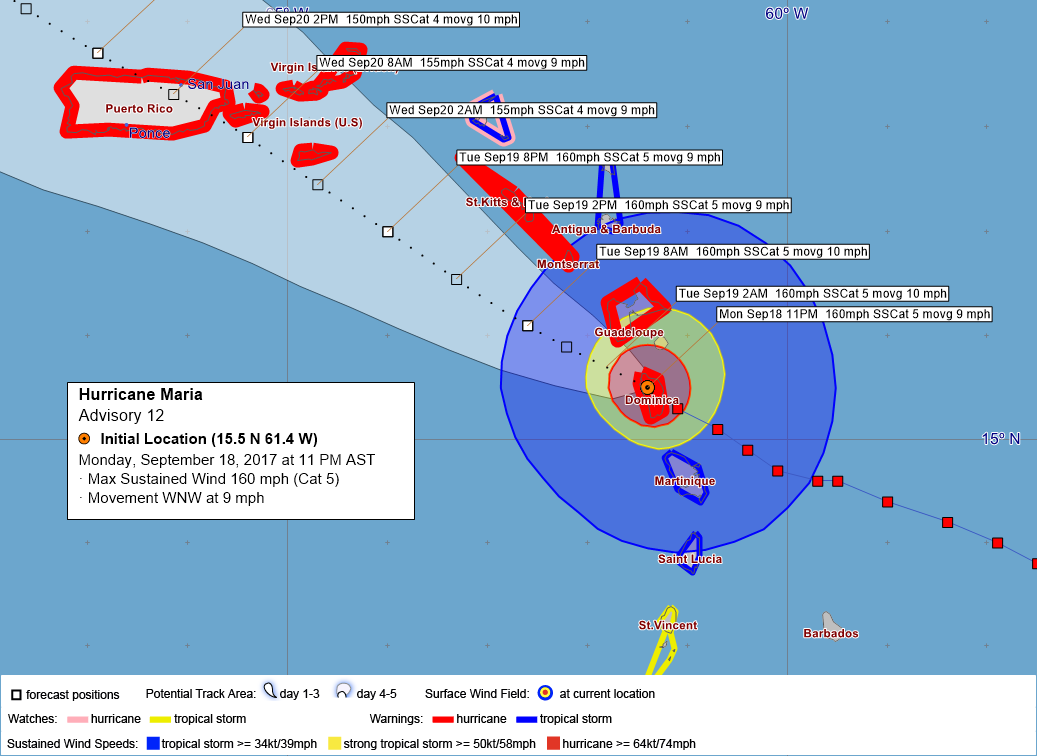 CHRISTIANSTED — Another Category 5 storm is making no mistake about where the U.S. Virgin Islands are.

On Monday, weather weary and wary residents across the territory drove to stores seeking water, batteries, ice, alcohol, generators, food in advance of the 10 a.m. curfew set in.

At 11 a.m. today, the center of Maria was located near 16.3 degrees north, 63.1 degrees west or about 150 miles southeast of St. Croix. A Hurricane Warning remains in effect for the Virgin Islands.

Maria is moving toward the west-northwest near nine miles per hour, and this general motion is expected to continue through Wednesday.  On the forecast track, the eye of Maria will move over the northeastern Caribbean Sea on Tuesday and approach the Virgin Islands and Puerto Rico Tuesday night and Wednesday.

Reports from a Hurricane Hunter aircraft indicate that the maximum sustained winds are near 160 mph with higher gusts. Some fluctuations in intensity are likely during the next day or two, but Maria is forecast to remain an extremely dangerous hurricane while it approaches the Virgin Islands and Puerto Rico.

On the current forecast track, the center of Maria will pass within ten miles to the southwest of St. Croix around 4 a.m. Wednesday. Atthat time, Hurricane Maria will be a Category Four Hurricane with sustained winds of 155 miles per hour.

ESTIMATED RAINFALL
Maria has the potential to bring some 10-15 inches of rain to the Virgin Islands. Some isolated areas could see rainfall amount to 20 inches. 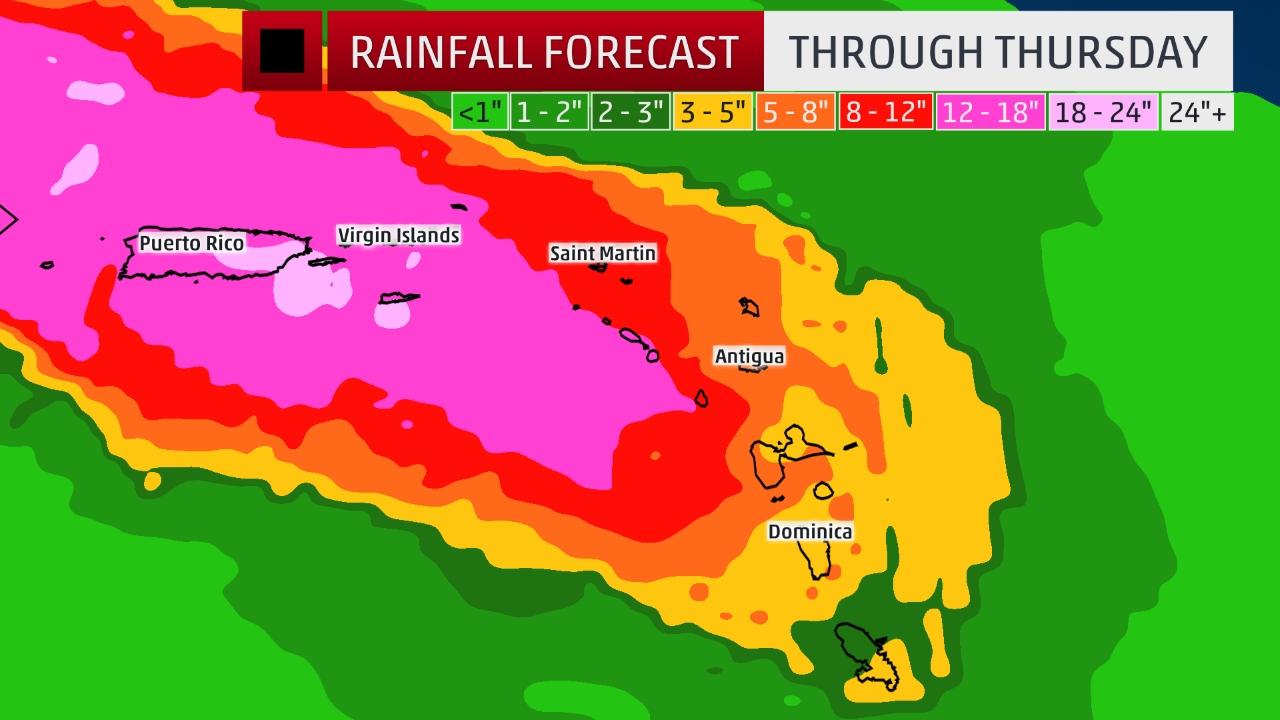