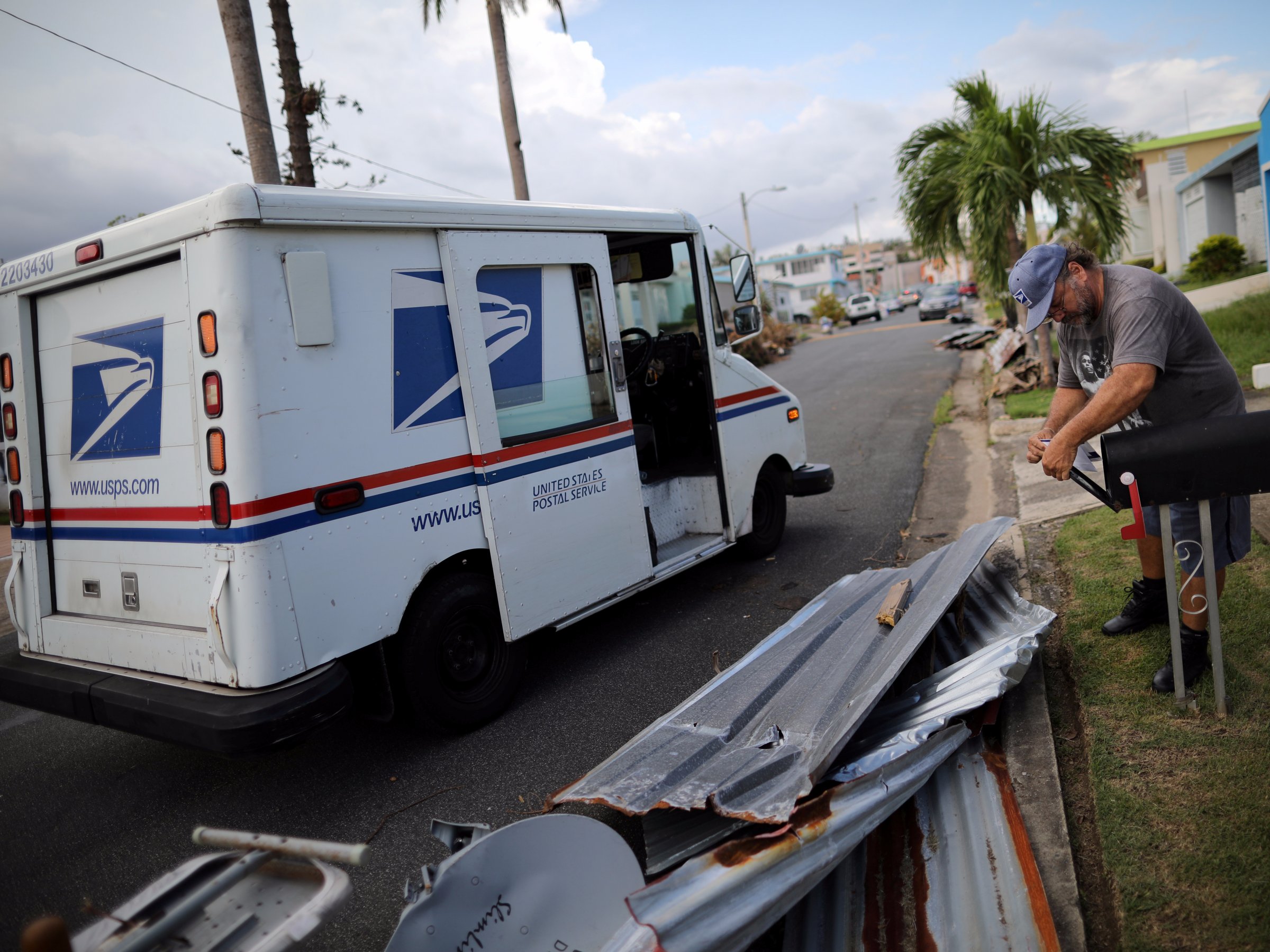 CHARLOTTE AMALIE — Gov. Kenneth Mapp announced on Thursday that his administration is working to address the severe bottleneck in sending and receiving mail through the United States Postal Service (USPS).

Mapp said his team is seeking to address the postal delays by having mail routed directly from the mainland instead of through Puerto Rico, where letters and packages are currently stuck.

“We have contacted the White House, the Federal Emergency Management Agency (FEMA) and the USPS to identify short- and long-term solutions,” said Mapp, who explained that at least two shipping containers of mail are delayed in Puerto Rico.

The governor reported that delays with passport processing are also impacted by the situation in San Juan and are currently being addressed through the U.S. State Department.

A St. Croix resident told the Virgin Islands Free Press that they received a letter this week that was mailed on Sept. 17 — two days before Hurricane Irma.

Another person said that they were told by the U.S. Post Office that they did not have the ability to track lost packages after Hurricanes Irma (Sept. 6) and Maria (Sept. 19-20). They were expecting a postal money order here.

Meanwhile, Delegate Stacey Plaskett, a member of the House Government and Reform Committee, said she met with Deputy Postmaster Ronald A. Stroman last week regarding postal service delays in the territory.

“The Deputy Postmaster General has acknowledged that it is important for him to be in the Virgin Islands to assess firsthand the damages to our postal facilities in order for him to understand the concerns of the residents of the Virgin Islands. He has accepted the invitation from my office to make a visit to the territories in short order to understand and see for himself the concerns I and the people of the Virgin Islands have concerning our longstanding issues with the mail service. I look forward to his visit to the Territories and working with him to alleviate our problems with our mail service.”