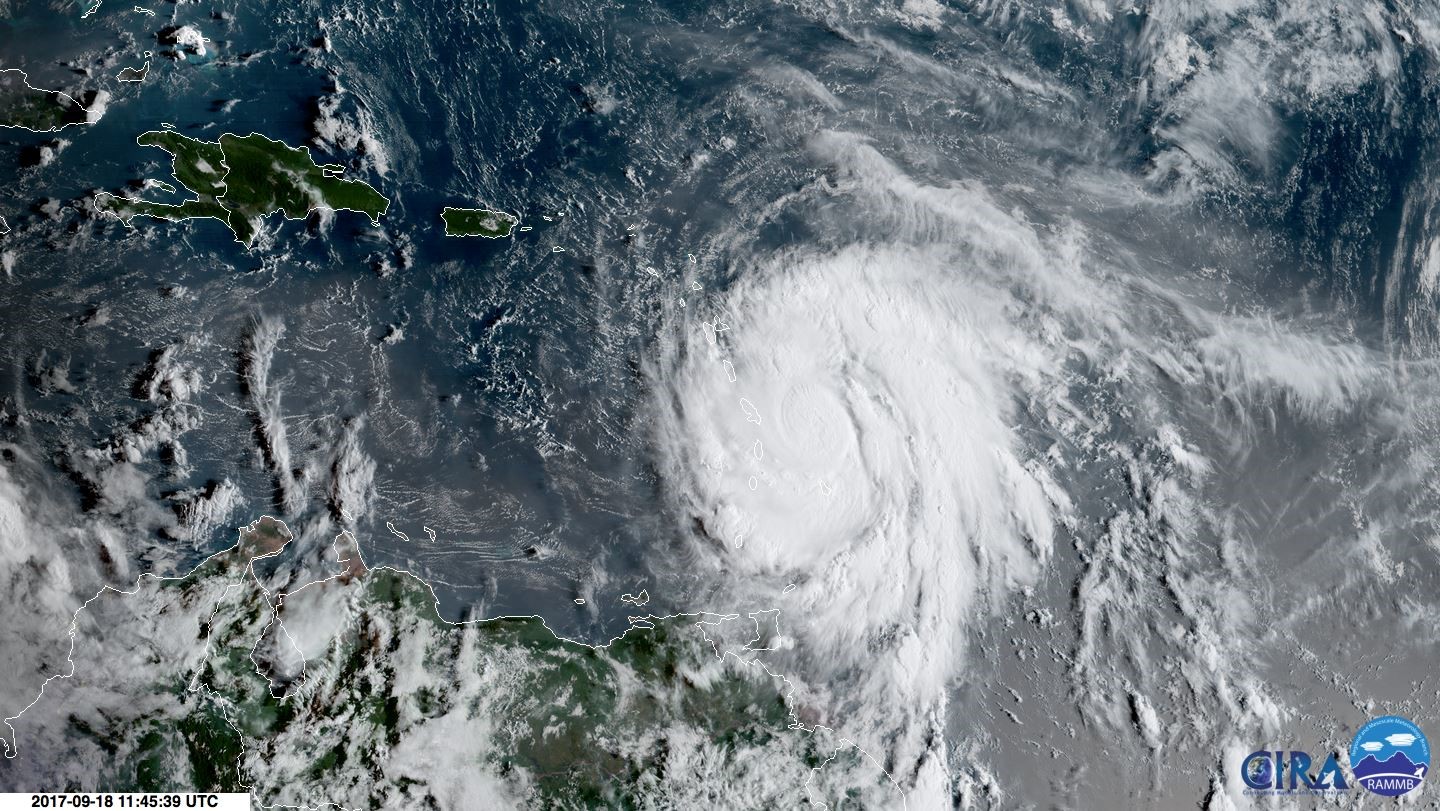 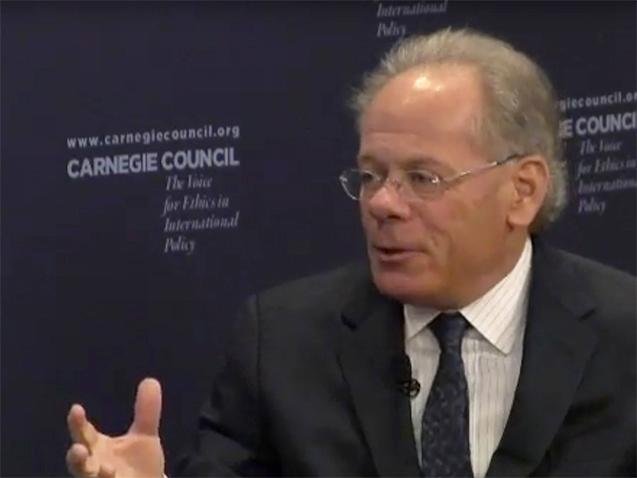 NEW YORK — Puerto Rico and the U.S. Virgin Islands continue to struggle in the aftermath of a devastating hurricane season, and here in New York we recently marked the fifth anniversary of “Superstorm” Sandy.

Before Hurricane Maria we saw Hurricanes Harvey and Irma, and the season has not yet ended. It is clear that we are seeing more frequent and intense storms but it’s even clearer that these storms have a profound impact on the way we live.

They disrupt all the modern infrastructure and systems that we depend on daily: the electric grid, the water supply system, sewage treatment plants, and every mode of transportation. In the aftermath of these storms, many people cannot resume their normal everyday lives.

The disruption lasts for days, weeks, months and sometimes years. First responders have learned how to reduce the death toll from these emergencies, but America’s long-term response and approach to reconstruction suffers from uncertainty, bureaucracy and inadequate resources of every kind.

Part of the reason that extreme storms have such impact is that there are more Americans than there used to be and many have settled in places where hurricanes have always landed, but no one was around to notice. We also develop our land differently than in the past. We pave over more of the ground for parking lots and often build without thinking much about where rain water would drain if there was a large storm. Finally, our wealth and technology make our homes more complex than they once were. Today’s homes typically have indoor plumbing, telephone, internet and cable connections, electricity, municipal water, as well as oil and natural gas tanks or gas pipe lines. All of these connections make our lives less independent and our homes more interdependent. Another impact of the interaction of our wealth and extreme weather is that we have more stuff; a damaged home will contain more material possessions today than it typically held a half century ago.

After the death and destruction of Hurricane Katrina, U.S. governments enhanced their degree of preparation, coordination and management in order to more effectively implement emergency response. Evacuations and life-saving first response are very effective. Reconstruction, on the other hand, is a mess. Here in New York City, five years after Hurricane Sandy, reconstruction is proceeding, but on a very slow and uncertain track. In an excellent report in last week’s New York Daily News, Greg B. Smith reported that:

“Five years after the wild night Hurricane Sandy roared into town and tore up large swaths of the city, the fix is not yet in. Billions of taxpayer dollars worth of rebuilding projects are still slogging along, with expected completion dates one, two or — in some cases — even five years away. Many projects have yet to begin. The flood-proofing of some public housing developments is months and even years behind schedule. Upgrades to 17 of 42 public school buildings that were flooded during the storm are incomplete. Construction of floodwalls to protect Bellevue, Coler Memorial and Metropolitan hospitals from the East River won’t start until next year.”

The hit or miss management style of reconstruction still underway in New York is an indicator of what we will likely see in Puerto Rico. The reconstruction in Puerto Rico, now underway, is suffering from a lack of attention by the federal government and insufficient funding but it is also impaired by inadequate management. A task as complex as a region’s reconstruction has a great many moving parts, most of which must be coordinated. When roadblocks appear, a public official with visibility and clout must be able to call attention to the issue and have it resolved. Effort also needs to be devoted to reporting progress on a regular basis, in ways that people can understand. The tendency of public officials to trumpet progress and downplay difficulties makes it harder to manage complex reconstruction projects. No one can tell if the project is on schedule or not. Political factors and the image of elected officials take precedence over the hard realities of operational management.

There are three major targets of post-storm reconstruction efforts:

Government knows how to manage large-scale public infrastructure projects, often characterized by coordinating the efforts of large numbers of private contractors. It gets complicated when federal funding is used, given the dysfunction of the United States government and the wild uncertainty of the amount and timing of federal funding. Nevertheless, this is not uncharted territory. New York City can always blame the federal and state governments for the uncertain pace of its reconstruction. But if that’s the problem, the Mayor has done little to communicate that problem to the public. Contrast the report in the Daily News of government-managed reconstruction to the work done by real estate developers, and large nonprofit institutions. In New York, the reconstruction of NYU’s Langone Hospital was a well-managed―albeit heavily-subsidized―project. ConEd’s reconstruction of its flooded power plant and many of the repairs of private buildings in lower Manhattan happened quickly and were completed years ago. These organizations are used to building large-scale projects and know how to manage massive capital construction projects.

The picture is more complex when we assess government performance. While Rockaway’s boardwalk is rebuilt, the New York City Housing Authority (NYCHA) buildings nearby have not been flood-proofed. All over Long Island and New Jersey the U.S. Army Corps of Engineers has done an effective job of managing contractors replenishing beaches, replanting dunes, and building stone jetties. In sum, government has done well on some projects and poorly on others.

Probably the worst performance we see is government programs to assist individual homeowners. Even those holding flood insurance find the process of having their homes inspected and appraised can take many months. Typically, many months pass before insurance checks are written and sent to homeowners. Wealthy people with money in the bank or other resources can fix their homes and wait for the insurance checks to arrive. People who live paycheck to paycheck, however, cannot start reconstruction until the money arrives. What we saw in New York and New Jersey after Sandy five years ago is happening once again in Texas and Florida. In an excellent article in the New York Times on October 22, Manny Fernandez, Lizette Alvarez and Ron Nixon reported that:

“…one of the busiest hurricane seasons in years has overwhelmed federal disaster officials. As a result, the government’s response in the two biggest affected states — Texas and Florida — has been scattershot: effective in dealing with immediate needs, but unreliable and at times inadequate in handling the aftermath, as thousands of people face unusually long delays in getting basic disaster assistance. FEMA has taken weeks to inspect damaged homes and apartments, delaying flood victims’ attempts to rebuild their lives and properties… Nearly two months after Hurricane Harvey made landfall in Texas on Aug. 25, and six weeks after Hurricane Irma hit Florida on Sept. 10, residents are still waiting for FEMA payments, still fuming after the agency denied their applications for assistance and still trying to resolve glitches and disputes that have slowed and complicated their ability to receive federal aid.”