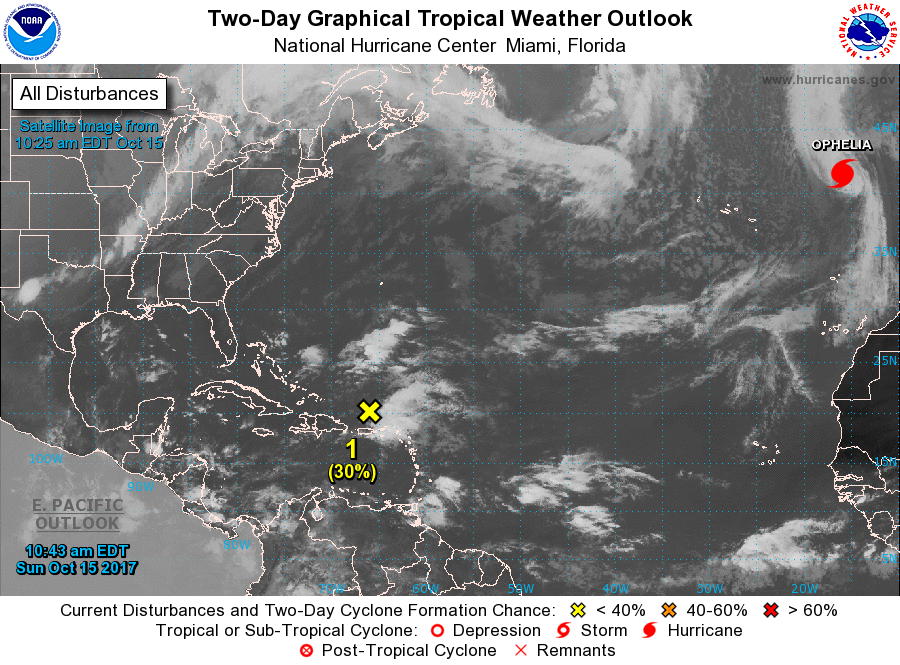 CHRISTIANSTED — Regardless of whether the Atlantic Basin’s next tropical depression forms in the coming days, downpours will stream across the Virgin Islands and Puerto Rico still enduring the long road to recovery after hurricanes Irma and Maria.

A tropical system tracking from north of two territories to south of Bermuda has a small window to develop into a tropical depression.

“Showers and thunderstorms are expected across portions of southeastern and northern Puerto Rico as well as across the U.S. Virgin Islands and local waters,” the National Weather Service said. “Hazardous marine conditions are expected with seas up to eight feet and winds up to 20 knots. As a result, small craft advisories are in effect.”

The system is currently battling strong wind shear, but that shear may lessen enough Monday into Tuesday for development to take place.

Wind shear is the changing of speed and direction of winds at different layers of the atmosphere. Strong wind shear can prevent tropical development or shred apart mature tropical storms or hurricanes.

“The system will not threaten the United States as a cold front moving off the Eastern Seaboard will eventually steer it to the northeast into the open waters of the Atlantic by midweek,” AccuWeather Senior Meteorologist Dan Pydynowski said.

“Instead, it will get steered close enough to Bermuda to deliver some wind and heavy downpours from Monday into Tuesday night regardless of development.”

Pydynowski gives the system a medium chance to develop into a depression or storm.

If the system becomes a tropical depression, it may become a tropical storm and acquire the name Philippe.

However, the system is likely to not significantly strengthen further. 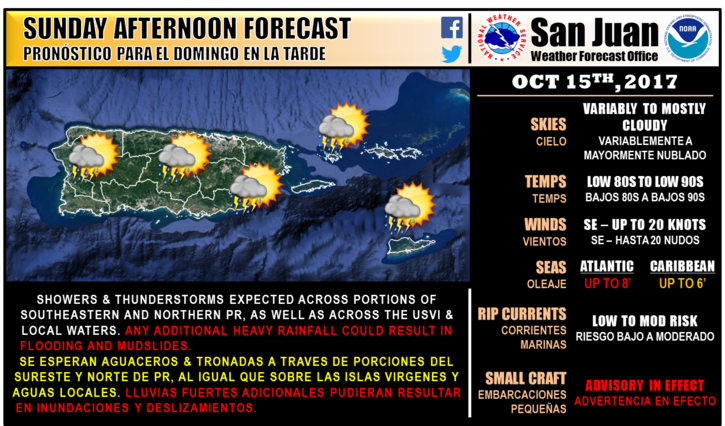 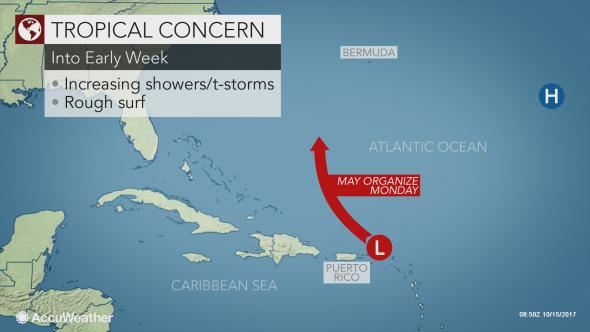