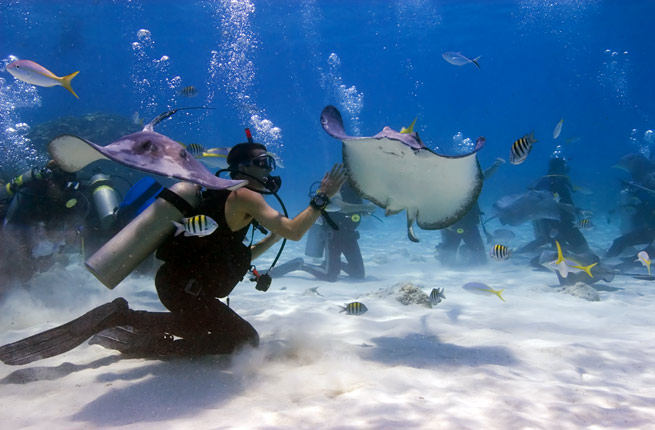 BRIDGETOWN — Tourists must be educated to know which are the safest times to visit the region.

And also which areas are least likely to face a catastrophic storm.

Dive groups are trying to assuage tourists’ fears regarding hurricanes and inclement weather to increase tourism to the region.

The Caribbean Hotel and Tourism Association (CHTA) and the Diving and Equipment Marketing Association (DEMA) are working together to protect coral reefs and promote coral reef diving as a sport in the region.

The two organizations formally agreed to identify effective and environmental ways to generate artificial reefs in the region. They will also partner with entities already working on reef restoration and coral regeneration, according to The Loop.

The groups are taking this joint action in order to expand dive tourism in the Caribbean, which they hope will increase general tourism and dive-related employment for locals.

Members from CHTA and DEMA also want to promote the area as a safe and year-round accessible dive destination, hoping to quell tourists’ fears regarding hurricanes and inclement weather.

CHTA President Karolin Troubetzkoy said the agreement would “expand the horizons for the membership of both associations while enhancing our common goal of protecting and regenerating valuable coral reef systems, as well as providing more jobs for the people of the region.”

Tom Ingram, DEMA’s President and CEO, said as an international trade association for the recreational diving and snorkelling industries with more than 1,400 member companies worldwide, DEMA is excited to work directly with its Caribbean partner, CHTA.

“Building valued relationships is critical for our organisations and we look forward to leveraging benefits for both our memberships through this smart partnership,” he said.

The Professional Association of Diving Instructors reported that by the end of October, most dive shops throughout the Caribbean were open and ready for business, including Anguilla and the Dominican Republic. Many dive centers on the islands most hard hit by Hurricanes Irma and Maria, such as the British Virgin Islands, Dominica and Puerto Rico, have yet to reopen.