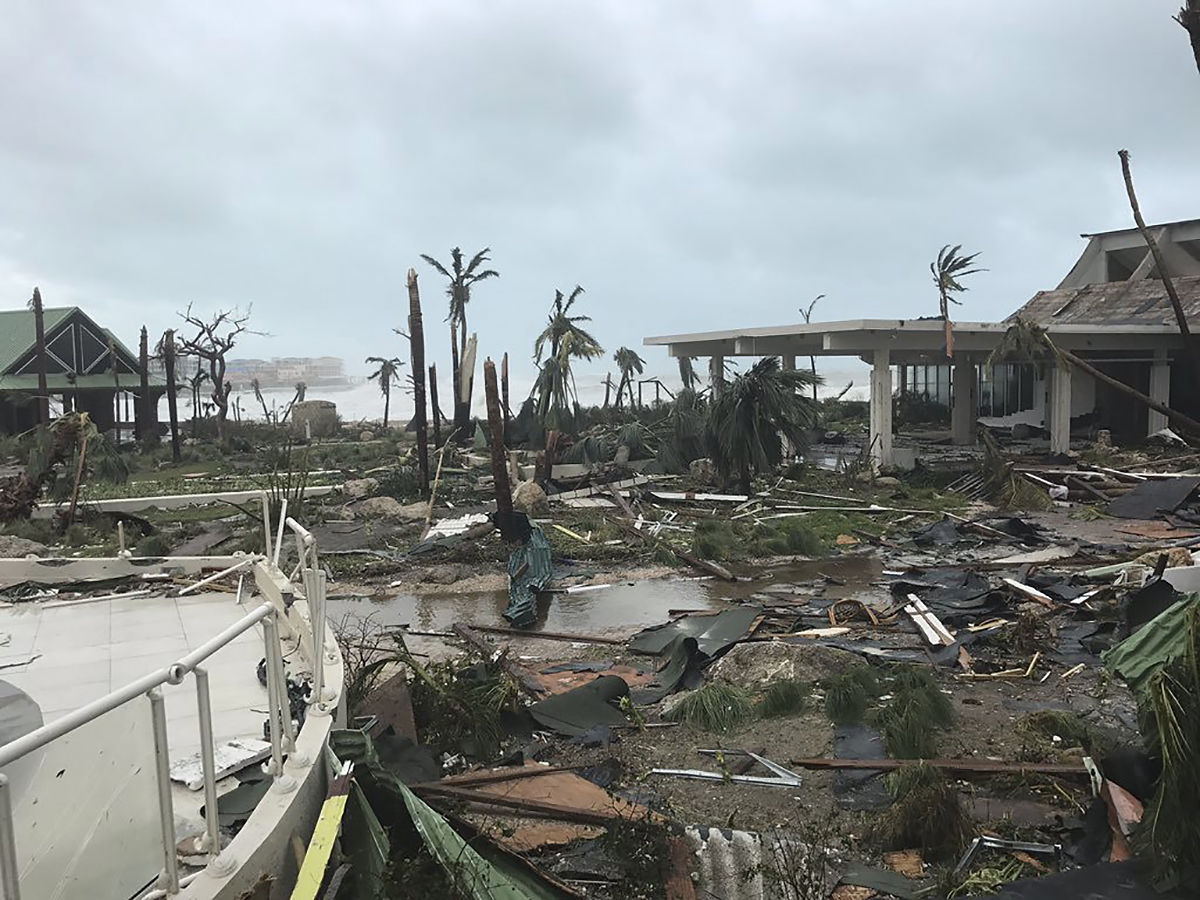 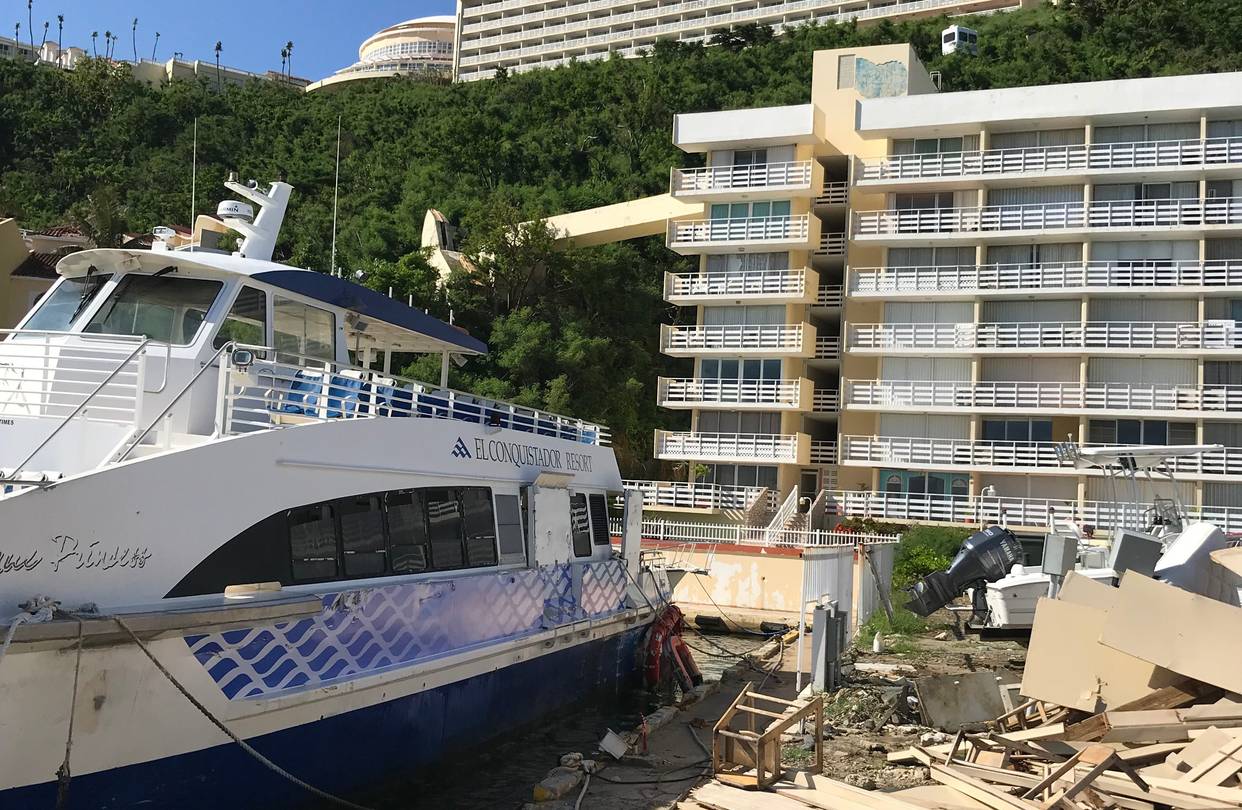 SAN JUAN — The hurricanes that tore through our region this fall have left hotels and resorts across the region scrambling to salvage the crucial winter high season, when tourists from North America and Europe seek an escape from snow and ice.

On some islands, the storms caused devastation that will leave resort properties on the sidelines for much of the winter, as owners perform major repairs and contend with hobbled infrastructure.

Other parts of the Caribbean emerged entirely unscathed, fortunate to be out of the storms’ paths.

For the hotels that remain, the reduced room supply in the region presents an opportunity to boost occupancy.

Yet hoteliers throughout the region are facing a similar challenge: How to convince leisure travelers to move past the harrowing images of two months ago and book Caribbean vacations?

“Our biggest damage was people misunderstanding the degree to which we were hit,” said Stan Hartling, chief executive of the Hartling Group, which owns three resorts on the Turks and Caicos Islands that were operational about two weeks after the hurricanes. “People broad brush and say ‘the Caribbean in general is devastated.’”

It is still too early to gauge the full impact the hurricanes will have on the region’s hotel industry. The Caribbean Tourism Organization (CTO) cut its annual growth projections of inbound visitors for the year to between one percent and two percent after the hurricanes, down from an original projection of 2.5 percent to 3.5 percent.

A separate industry group, the Caribbean Hotel and Tourism Association (CHTA), estimates about 25 percent of the hotel stock in the region was affected by the hurricanes.

One of the lucky islands was Aruba, which is south of where the biggest hurricanes hit. In October, hotel occupancy there grew by more than 18 percent from a year earlier, according to data from STR Inc., which tracks the hotel industry.

Only a few hotels in the downtown San Juan, Puerto Rico, area are fully shut down. Those that are open have seen brisk demand from the relief workers, insurance companies and utility crews who have descended on the island.

Supply is so tight that the Federal Emergency Management Agency (FEMA) has been using an Italian passenger ferry to house some of its workers.

Reynaldo Rey Fernandez, general manager of the AC Hotel in San Juan’s Condado district, said his hotel has been running at nearly 100 percent occupancy, and meeting spaces have been filled by local businesses that don’t yet have electricity.

It is a different kind of business, he said: Large government and corporate contracts are negotiated at a flat rate, and those kinds of guests don’t tend to spend a lot at the bar like vacationers. Fernandez said he expects that demand to continue through February or March, but after that is an open question.

“The real challenge is how strong the infrastructure is going to be able to come back,” he said. “We cannot pretend to say ‘Hey tourists, come back, everything is fine,’ if it’s not.”

Meanwhile, major hotel brands say leisure travel is picking up in unaffected parts of the region. Brian King, global sales officer at Marriott International Inc., said the company has seen strong demand in places such as the Cayman Islands, Aruba and Cancún as supply in other parts of the Caribbean is offline.

Daniel Hughes, senior vice president and commercial director of the Americas for Hilton Worldwide Holdings Inc., said he doesn’t believe there will be a perception problem with the Caribbean, because customers have access to so much real-time information about specific resorts.

Despite the operational challenges in parts of the Caribbean, investor interest in the region doesn’t appear to be waning.

Andrew Dickey, who focuses on the Puerto Rico and Caribbean hospitality market for real-estate and investment firm JLL, said many buyers have shown interest and are looking for distressed assets in the region.

“There’s a strong belief and strong story to investors that that market is going to return very well,” he said.

Even before the hurricanes, Mr. Dickey said, hotels in Puerto Rico were attractive to investors because of the perception that there were bargain prices due to the Zika virus and the island’s fiscal situation. He pointed to the San Juan Marriott, which JLL helped sell to a Chinese buyer in May for $184 million.

Dickey said it was a competitive deal, with eight bidders in the first round.

Hector Aponte, managing director of the San Juan office of Newmark Grubb Caribbean, said he expects a sale of the historic Normandie hotel to go forward. The property is under contract and he said the buyer plans to invest about $45 million to rebuild the hotel, which has been closed since 2009.

Parris Jordan, a vice president who focuses on the Caribbean at hospitality consulting firm HVS, said he doesn’t believe there is an abundance of distressed assets in the wake of the hurricanes. He expects most owners will get insurance proceeds and rebuild, but he said the storms may have the unintended consequence of spurring more outside investment in the region going forward.

“We’ve seen a lot of interest from new investors that want to learn about the Caribbean,” he said.

For owners of damaged properties hoping to capitalize on the winter season, practical challenges abound. At Oil Nut Bay, a resort in hard-hit Virgin Gorda in the British Virgin Islands, David Johnson said he couldn’t afford to wait for insurance payouts and expect to open this season.

So he fronted the cash to contractors and suppliers to replace blown-out windows and interiors in the weeks immediately after the hurricanes, knowing that demand for those services would skyrocket in coming months.

Johnson, the chairman of Victor International Corp, the resort’s developer, said the beachfront restaurant, marina and water-sports activities will resume this month, and he expects all the villa rentals to be available by March.

In Anguilla, Jeff Goldstein of the Zemi Beach House Hotel & Spa has given up on the Christmas holiday and the month of January. Most of the repairs have been completed to the damaged spa and rooms, and internet service is back. But there is no word on cable TV: a must for a five-star resort, he said.

“It’s very dangerous to open up a hotel when it’s not ready,” said Goldstein, partner at Goldstein Family Partnership, the developer. “You’ve got to do it right. If you don’t do it right, they’re not going to come back next year.”