RACE BAITING: Plaskett Attacks Online Newspaper’s Editor-In-Chief On ‘White Privilege’ … It Doesn’t Go Well For Her After That 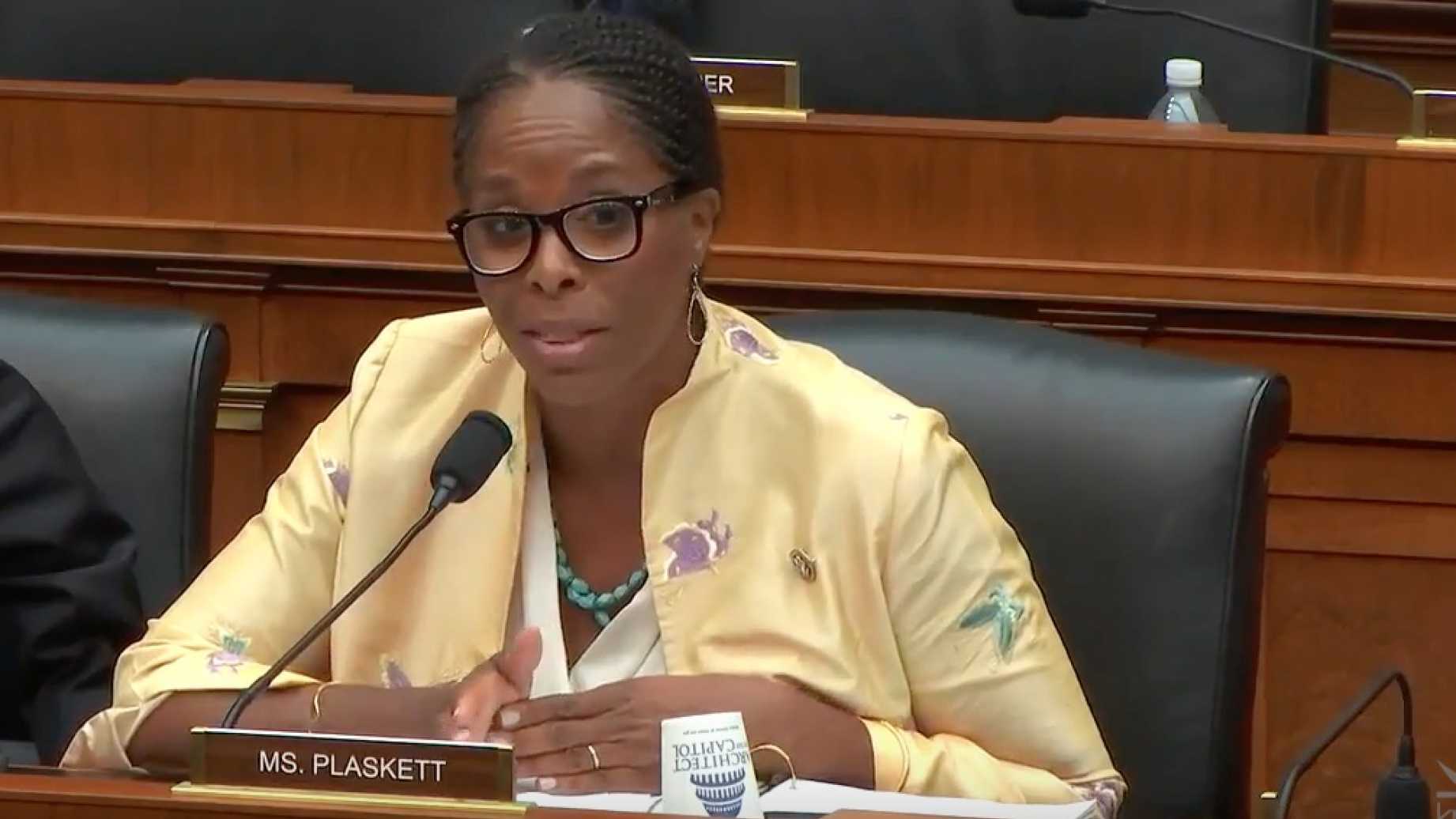 HOW TO LOSE FRIENDS AND NOT INFLUENCE PEOPLE: Delegate to Congress Stacey Plaskett on the attack.

The subject at hand was “the suppression of free speech on college campuses,” but Plaskett decided to change the subject to the issue of “white privilege.”

Plaskett, who is a liberal Democrat, decided to attack Shapiro because of his assertion that “white privilege” is just a meme – it doesn’t hold water.

Plaskett said that conservatives are not suppressed on largely liberal American campuses, asserting that each side of the political spectrum is targeted.

As an example, she cited the instance of Taylor Dumpston, who is black and was the target of hate speech and actions when she was elected student body president at American University.

Plaskett began by noting that the ADL had seen a spike in anti-Semitic hateful incidents on campus, then saying:

I know that we’re discussing free speech, free speech is important, but I think that it would be inclusive for us to discuss this not just in the context of how it affects conservative speech and conservative students, but how it affects all students. I think we are doing the American public a disservice when we only talk about one side of the coin and not the other. I fear for our conservative young children who feel that they can’t say what they want to say in a respectful manner, and in the same way I’m concerned for those who come on campuses who are not respectful in their speech, whether it be to Mr. Shapiro, whether it be to Taylor Dumpston having an ability to hold office on the campus for which her family has supported her to be there. That’s a problem. And that’s a problem that this committee should be concerned with. But who is the appropriate individual or the institutions to address that? I don’t think it’s the legislature’s job to do that. I think it’s up for us to question the institutions and make sure that they do it.

After recounting the incidents in which Dumpston was targeted by hate, Plaskett chose to attack Shapiro in a condescending way:

It’s interesting, Mr. Shapiro, you talked about white privilege. Just this week, I had a conversation with Rachel Lazar, who’s done some work, a Jewish-American woman who’s done some work in this area, as well as having extensive conversations with Dr. Greg Parks of Wake Forest University, who’s also talked about critical race theory. It’s my understanding that white privilege is not telling individuals that they cannot speak, but it is a term for societal privilege that individuals have as a benefit of their white skin, and I don’t think that, I think universities would be remiss to then say that because you are white, you are not allowed to say anything that’s critical of white people; I didn’t know that white privilege actually went into that sphere; my understanding is it’s just — and the issue is that white privilege makes people uncomfortable to talk about the societal privilege that they have.

To me, what I say on campuses all the time is if you want to cite instances of racism that we can all find and fight together, that’s something that I am more than willing to stand next to you and fight, because that’s obviously stuff that we should fight together. But when you just say that there is a white privilege out there in the ether and by dint of birth your skin color generates for you an advantage, what you’re really saying to people is that your view is less valuable because you have not experienced what I’ve experienced. And that is an identity argument; that’s a character argument; that’s not a rational political argument that can actually be taken on in any way. It’s more of a cudgel and a club than it is an attempt to open a discussion.

Plaskett: Well, I think it’s a demonstrable evidence that through society’s demographics that being white has societal privileges that being black does not.

Shapiro: We can talk about how that manifests, because —

Plaskett: I’m also interested in what you just said now is that you would stand next to anyone who has this. So, Mr. Shapiro, my question to you is, for Miss Dumpston, the tying the noose around the campus and writing messages that target African-American young students: Would you consider that hate speech and then would you stand next to her and fight for her?

Shapiro: As I say, this is the first I’m hearing about it, honestly —

Shapiro replied, saving the finishing argument for the end:

Yeah; maybe because it’s local; I’m from LA. In any case, I’m more than happy, more than happy, to stand alongside her and fight whatever group was responsible for this. Not only more than happy; you’re talking about the alt-right; I was the number one target of anti-Semitic harassment from the alt-right last year. So I’m more than happy to do that. I think there’s one more distinction that has to be made: When we talk about cases like Taylor’s; they’re horrific, and the administration is siding with Taylor. The administration is doing the right thing by Taylor, or trying to do the right thing by Taylor, as they should be.

And that was that.

Here is the video:

RACE BAITING: Plaskett Attacks Online Newspaper’s Editor-In-Chief On ‘White Privilege’ … It Doesn’t Go Well For Her After That