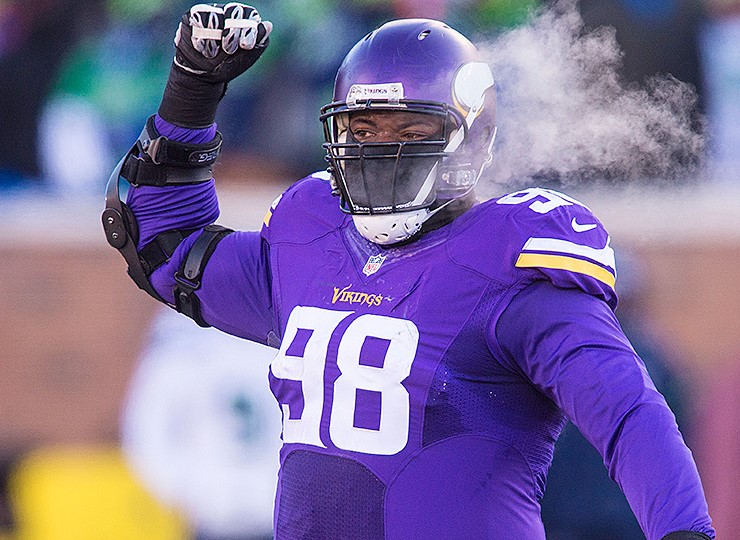 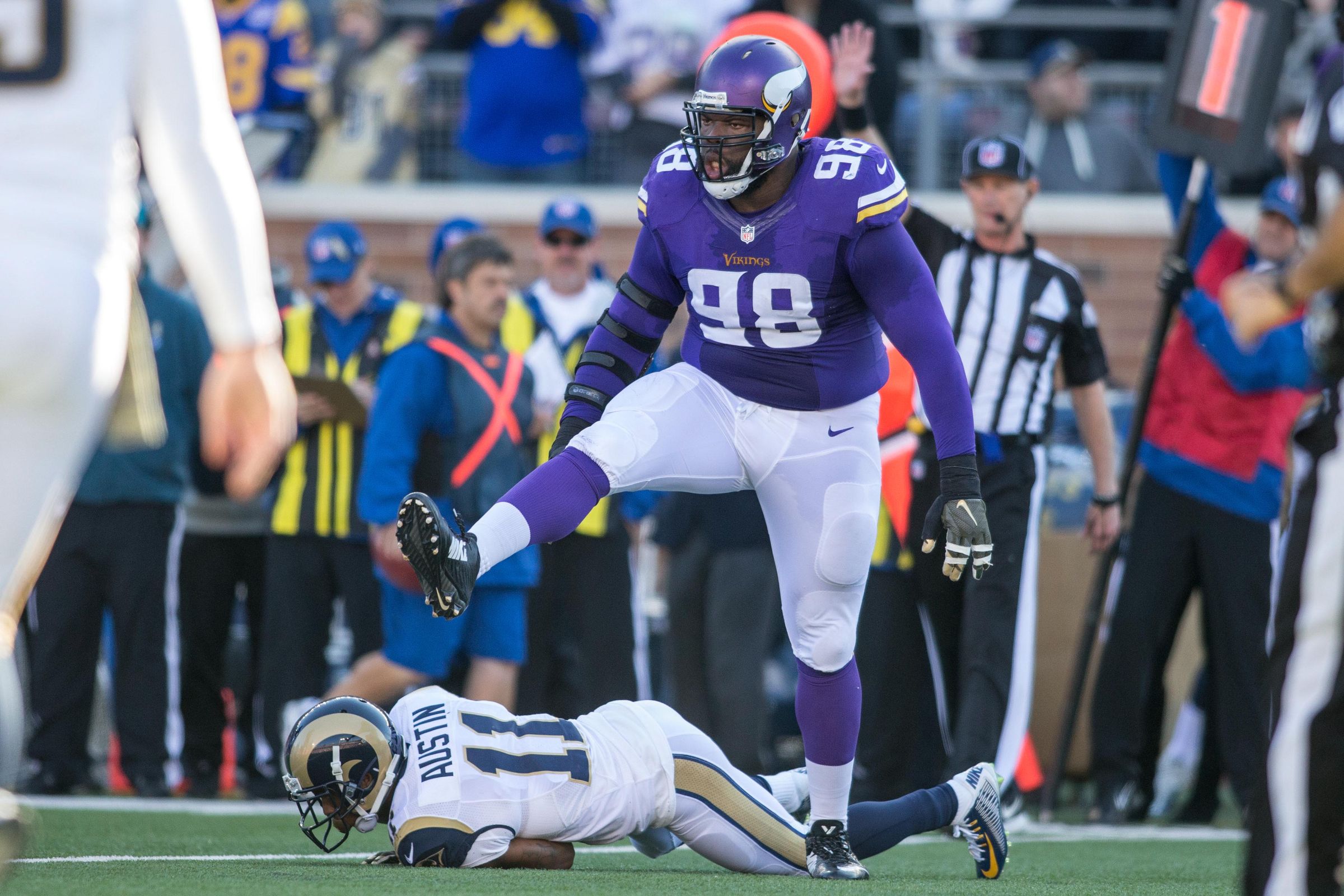 EDEN PRARIE, Minn. — St. Croix’s Linval Joseph knows that the Minnesota Vikings have a trip to Lambeau Field this weekend and he wants their best players on the field at all times, including recently-healed quarterback Aaron Rodgers.

Rodgers returned from his absence due to a broken collarbone in Week 15 in a loss to the Carolina Panthers, which all but ended Green Bay’s chances at the playoffs. With the possibility existing that they could sit him with nothing now on the line, the defensive tackle hopes that he is on the field.

Motivation won’t be in short supply for the NFC North champion Vikings on Saturday, when they will face a Packers team that was eliminated from playoff contention Monday night when Atlanta beat Tampa Bay.

But Packers coach Mike McCarthy was noncommittal when asked about sitting Rodgers, who returned Sunday in a loss to the Panthers, if there was no possibility of a postseason.

The Packers, who had less than a one percent chance of making the playoffs after Sunday’s loss, were officially eliminated from playoff contention Monday night when Atlanta beat Tampa Bay.

The Vikings (11-3) still are playing for a first-round bye and an outside chance at the NFC’s No. 1 seed and home-field advantage.

Minnesota can clinch a first-round bye this weekend with a victory and a Panthers loss to the Buccaneers.

Will Rodgers be in Minnesota’s way? The former NFL MVP had a banner day one year ago, when the Vikings surrendered 347 passing yards and four touchdowns in a loss at Lambeau Field.

“We’ll assume Rodgers will play,” Zimmer said. “It’s no different than any other week when you don’t know what’s going on. And you guys wonder why I never say who the [Vikings] quarterback is.”

The Vikings are 1-2 with in Green Bay in Joseph’s tenure and the fierce defensive lineman wants to even the score against Rodgers.

“I just know he’s a competitor and he loves this game,” Joseph said. “If he can play, he’s going to play.”

The Vikings are preparing this week for their coldest game of the regular season Saturday, when evening forecasts in Green Bay have temperatures in the single digits, if not colder.

That’s about 40 degrees cooler than the kickoff in Charlotte, N.C., earlier this month. So the Vikings removed the heated bubble from their outdoor field at Winter Park to practice outside this week, just a stone’s throw from snowbanks.

There will be sleeves and hand warmers.

“Unfortunately we are [practicing in the cold],” fullback C.J. Ham said. “But it makes us better, for sure.”

Exploding up the charts

After seven plays of 20-plus yards Sunday vs. the Bengals, the Vikings offense is tied for the third- most explosive plays in the NFL. Minnesota has gained at least 20 yards on 63 plays, trailing only the Saints (81) and Patriots (68).

“I think we’ve done a nice job of keeping teams off balance with some of the play actions and some of the running game,” Zimmer said. “And we’ve had the opportunity to hit some shots when we’ve been able to.”

Fans voted for defensive end Everson Griffen (305,291 votes) and cornerback Xavier Rhodes (222,137) more than any other NFC defenders at their positions. Both made the Pro Bowl last season. Griffen is a two-time Pro Bowl defensive end.

Some of the hate messages Barr has shared from either fantasy owners or Packers fans upset about his October hit causing Rodgers’ collarbone injury wouldn’t suggest it, but Vikings guard Joe Berger said he’s not worried when asked about a possibly “hostile” environment at Lambeau Field after the hit.

“I mean hostile and Wisconsin I can’t really put together, so,” Berger said. “Yeah, it’s a division game. It’s a big game.”