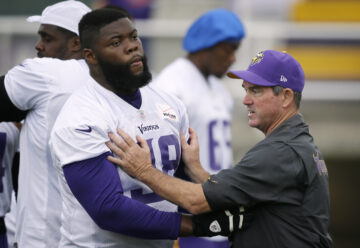 EDEN PRAIRIE, Minnesota — The Minnesota Vikings, winners of the Wild Card round of the NFL playoffs in 2019, can get back into the black in 2020 by losing one key player on their defense: St. Croix’s Linval Joseph. And according to NFL sources speaking privately to the Virgin Islands 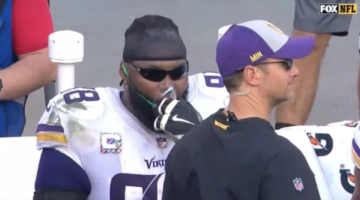 PHILADELPHIA — Linval Joseph whipped out the sunglasses, sat on the bench and pulled on the oxygen mask . Rest up, big man. Job well done. Kirk Cousins threw for 301 yards and one touchdown, the 330-pound Joseph returned a fumble 64 yards for a score and the Minnesota Vikings beat the Philadelphia Eagles 23-21 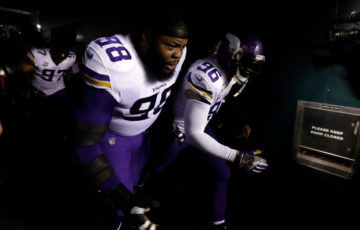 [ad name=”HTML-68″] MINNEAPOLIS –- St. Croix native Linval Joseph won’t get the chance to play for a second Super Bowl ring. That’s because the Philadephia Eagles mercilessly pecked apart the Minnesota Vikings … convincingly 38-7. But it might not really matter that the Eagles won the NFC conference championship. Because 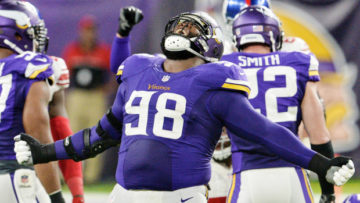 SMOOTH SAILIN’: Linval Joseph helped the New York Giants win a Super Bowl in 2011.[ad name=”HTML-68″] EDEN PRAIRIE, Minn. — If Vikings players want some locker-room advice on what it’s like to venture deep into the postseason, there aren’t a lot of places to turn. Minnesota has just two players 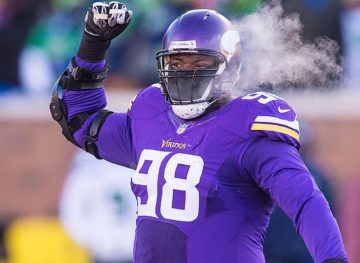 St. Croix’s Linval Joseph: I Want Aaron Rodgers Because The Packers Are At Their Best With Him

EDEN PRARIE, Minn. — St. Croix’s Linval Joseph knows that the Minnesota Vikings have a trip to Lambeau Field this weekend and he wants their best players on the field at all times, including recently-healed quarterback Aaron Rodgers. Rodgers returned from his absence due to a broken collarbone in 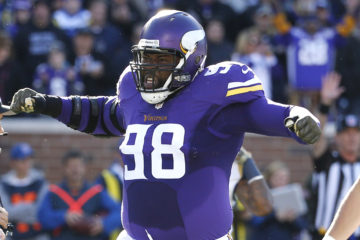 [ad name=”HTML-68″] DETROIT — Case Keenum stood in the pocket to take a hit, dipped his right shoulder to slip out of a sack and shuffled his feet in the pocket to give his receivers more time to get open. Looking like a savvy winner, instead of a journeyman, he 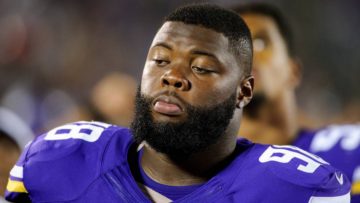 MANKATO, Minn. — The Minnesota Vikings have locked up another core piece of their defense, signing Linval Joseph to a four-year contract extension that puts him under team control through the 2022 season. Joseph’s agency, SportsTrust Advisors, announced the agreement Saturday. Then the Vikings confirmed it a few hours later

TOP DOGS: St. Croix native Linval Joseph (left) poses with Minnesota Gov. Mark Dayton as part of a tourism promotional event for the 10,000 lakes state in the midwest United States. MINNEAPOLIS — Like most Minnesotans, Linval Joseph spent his Saturday morning fishing one of that state’s 10,000 lakes. But unlike

EDEN PRARIE, Minn. — Sharrif Floyd had an urge to see the stars and catch another “Old Wife.” He and his Vikings teammate Linval Joseph had limited their offseason travels after January’s first-round playoff loss. The defensive tackles took a few breaks from the team’s training facility to pepper in 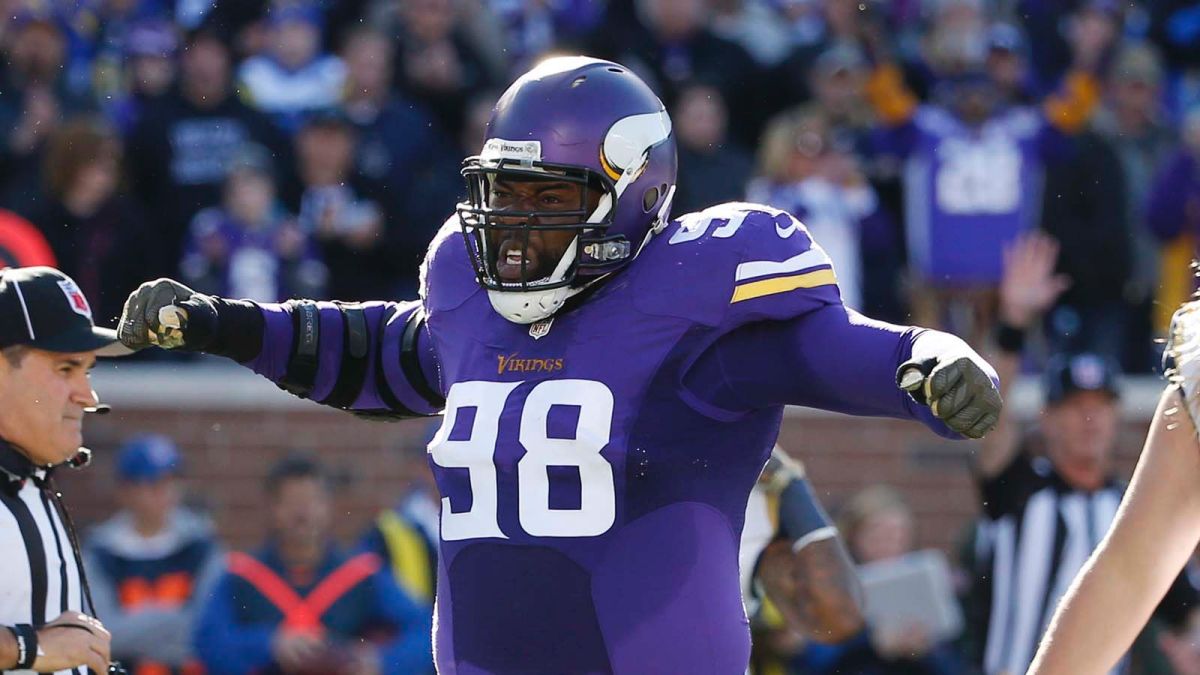 Linval Joseph of the Minnesota Vikings EDEN PRARIE, Minn. — Having a Super Bowl ring has made St. Croix’s Linval Joseph popular among his Vikings teammates. The nose tackle is the only Vikings player who has played for the winning team in a Super Bowl, winning one with the New York