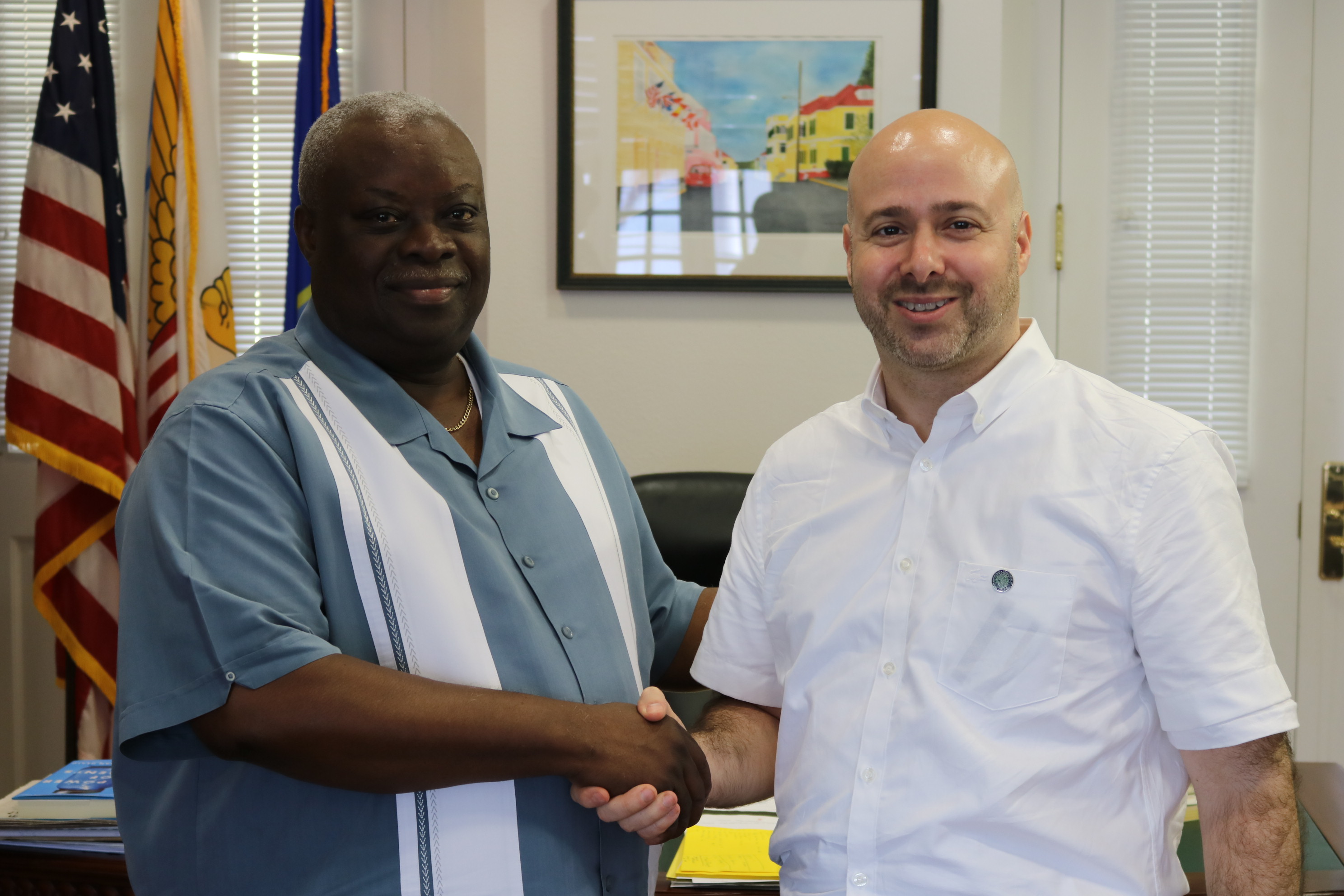 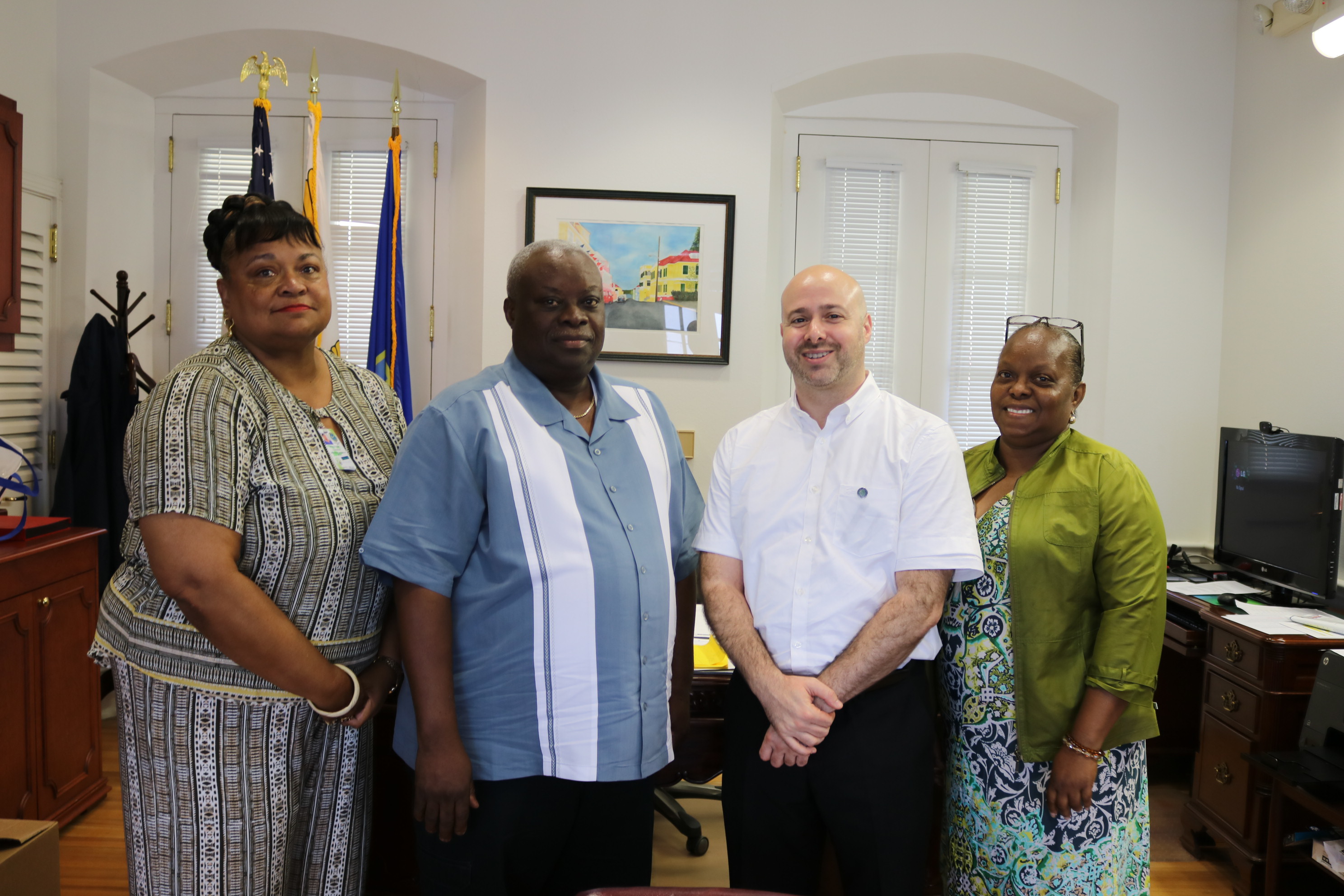 Two trips to the U.S. Virgin Islands opened my eyes to the enormity of the challenges students, educators and families there face, and what lies ahead to reverse the impact of two catastrophic hurricanes on the U.S. territory.

This past fall I had the opportunity to visit the U.S. Virgin Islands, twice — first, in October, and two weeks later, in the company of Secretary DeVos. There, I saw firsthand the wholesale destruction left by back-to-back hurricanes. The experience was both humbling and uplifting. 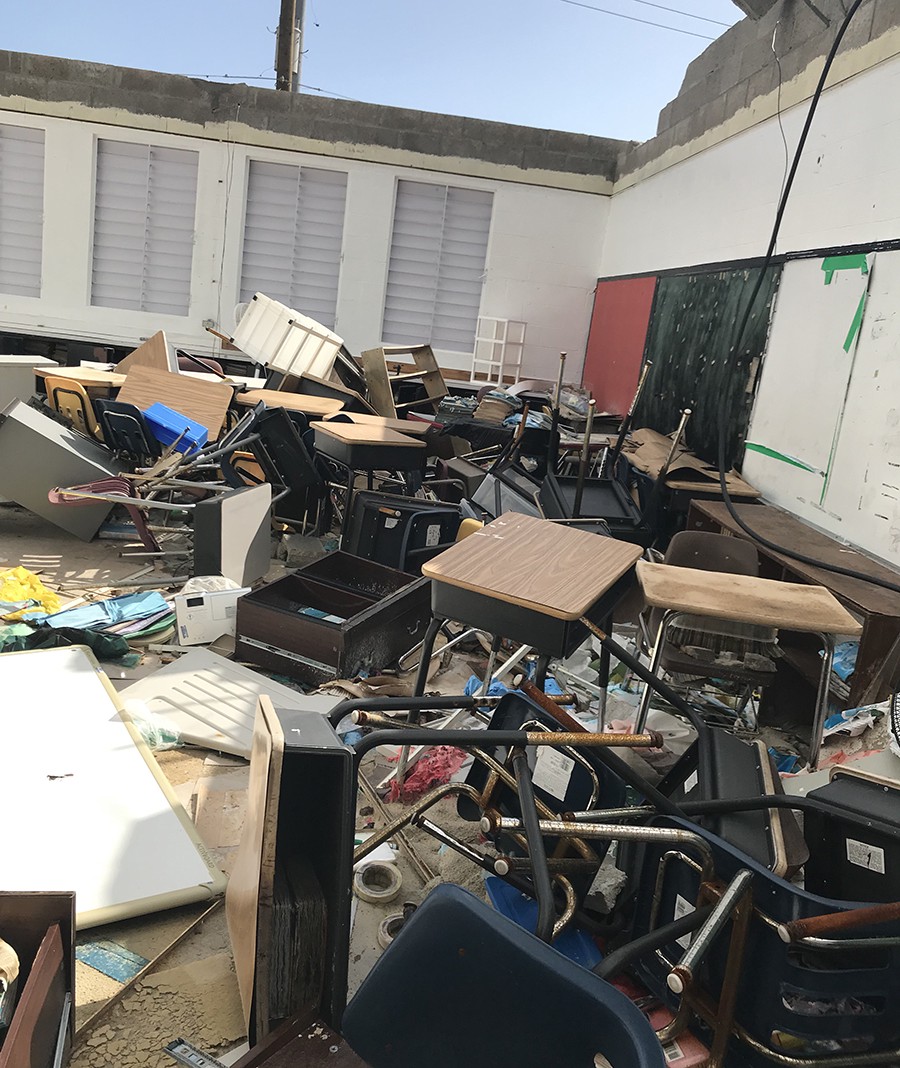 During my first visit, I joined the Commissioner of Education for the U.S. Virgin Islands, Dr. Sharon McCollum, on a car trip around the Islands. On our way, she noticed the owner of a damaged wholesale club store — he was outside, combing through inventory, trying to salvage any goods that Hurricanes Maria and Irma had spared.

Pausing our scheduled tour, Dr. McCollum stopped the car in front of the store. She began negotiating the sale of cleaning supplies to be used in some of the many schools under her care. Simply getting students physically back to school is a monumental undertaking, she said: they shouldn’t have to fear getting sick from mold and the like once they’ve returned to the classroom.

Her goal that day — as it is every day — was to return a sense of normalcy to the more than 14,000 students whose lives and studies were interrupted by the powerful storms. I learned that, these days, such encounters are an integral part of Dr. McCollum’s day-to-day work: staff told me she can often be found out in the field, exploring the Islands in search of supplies and other resources to help students get back to school and engaged in learning again.

This is a fundamental objective on the Islands, where the scale of devastation from the storms defies description. Surveying the damage by military helicopter, I was overwhelmed by what I saw. Roofs had been ripped off houses; stores destroyed; roads impassable. School facilities that had once been home to fine arts and music — integral parts of the culture and education on the Islands — are gone forever, with many well-loved instruments, such as the region’s iconic steel drums, lost.

The next morning, Dr. McCollum sent a fleet of trucks to the store, and along with 20 other top administrators from the Islands’ education team — including the Commissioner herself — we helped unpack and prepare supplies for delivery to the schools.

The experience filled me with irrepressible optimism — a trait that permeated the Islands during my time there. The resilient residents are fully and unrelentingly committed to helping each other. It’s not an individual effort to rebuild — it’s a collective one. 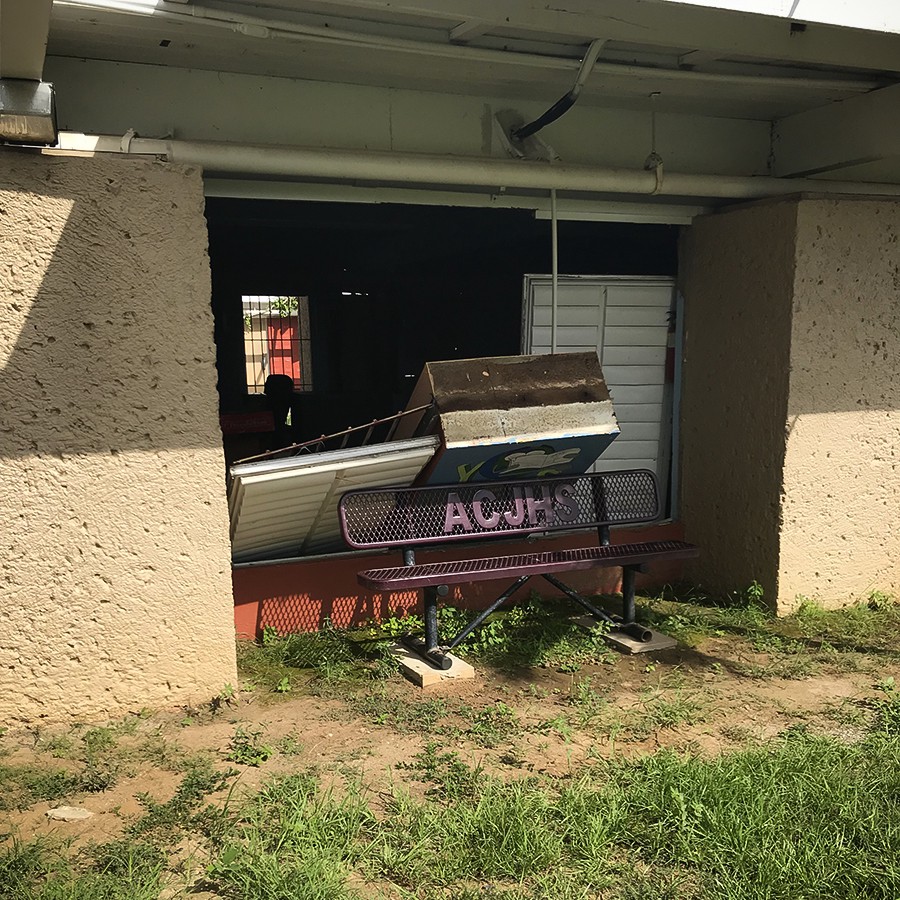 SCHOOL SMOTE: Damage like this to Addelita Cancryn Junior High School in St. Thomas forced the Virgin Islands Department of Education to send whole student bodies to attend classes on other campuses.

For example, Charlotte Amalie High School, the largest high school in St. Thomas, was damaged in the storms: most of their outdoor space is completely unusable, and will be for the foreseeable future. But the building itself survived the hurricanes’ impact — and so it has opened its doors, not only to existing students, but also to 620 students who’d formerly gone to nearby Addelita Cancryn Junior High School.

Still, there are many challenges. Students are expected to learn on an expedited timetable, since the campus’s split schedule and extra attendees make for less time learning in classrooms. High school seniors, in particular, worry about how interruptions in classes will affect their ability to graduate on time — especially in a Territory where even the post offices are struggling to come back online.

At the U.S. Department of Education, we are doing everything we can to help. We’ve reached out to postsecondary stakeholders to encourage them to consider the mitigating circumstances of applicants from these still-recovering areas. We’ve also hosted a webinar for impacted institutions, and set up a website for students, parents and borrowers affected by federally-declared natural disasters. There, students can find information about lost or damaged documentation, transfers and payment questions.

We hope that the Project SERV grants recently awarded to the U.S. Virgin Islands, Puerto Rico and areas of the continental United States that are also coping with the aftermath of natural disasters will make a difference too. Project SERV funding can pay for overtime for teachers, counselors, law enforcement and security officers; emergency transportation; and mental health assessments, referrals and services.

But it’s the people living through these experiences every day, and rising above the enormous challenges with which they are faced, that are making the greatest difference.

“The teachers are doing so much to take care of the students, especially given the challenges they have,” she said. “I’m amazed that teachers are able to go above and beyond, given their own children and challenges at home.”

Speaking with students at Charlotte Amalie and parents, educators and residents across the Islands, I completely forgot about a small annoyance that began my first trip there: I’d lost my luggage. When packing, I’d taken for granted that the items in that bag would arrive and that my life would continue to be “normal.” But it dawned on me how fundamentally unimportant these concerns were: many residents had lost all of their small comforts — the very things that we rely on, and take for granted — and the big ones, like warm meals, safe shelters and a hot water.

And in spite of everything they’ve gone through, students, parents, educators and administrators remain upbeat. One student said it best: “The teachers are doing so much to take care of the students, especially given the challenges they have,” she said. “I’m amazed that teachers are able to go above and beyond, given their own children and challenges at home.”

I was amazed, too — and we want to help the rebuilding efforts that are already underway.

By the time I came back to the Islands with Secretary DeVos, more students were back in their classrooms. Schools that had once been used as temporary shelters for evacuees had been cleared, allowing administrators to prepare the way for students’ return. The University of the U.S. Virgin Islands, which serves about 2,500 students and plays an integral role in the economy, had begun to offer classes again, albeit in innovative ways given the amount of damage UVI facilities sustained.

Still, our end goal isn’t to have students simply return to the classroom, but to again engage in meaningful learning. The severe disruptions caused by the hurricanes can and have made that work difficult.

We look forward to supporting students, educators and community members as they not only rebuild what’s been lost, but also improve, rethink and renew.

With Dr. McCollum and so many others of the U.S. Virgin Islands leading the charge, I have no doubt that if we on the mainland continue to provide them the support they need, they will lead their students to new heights of achievement.