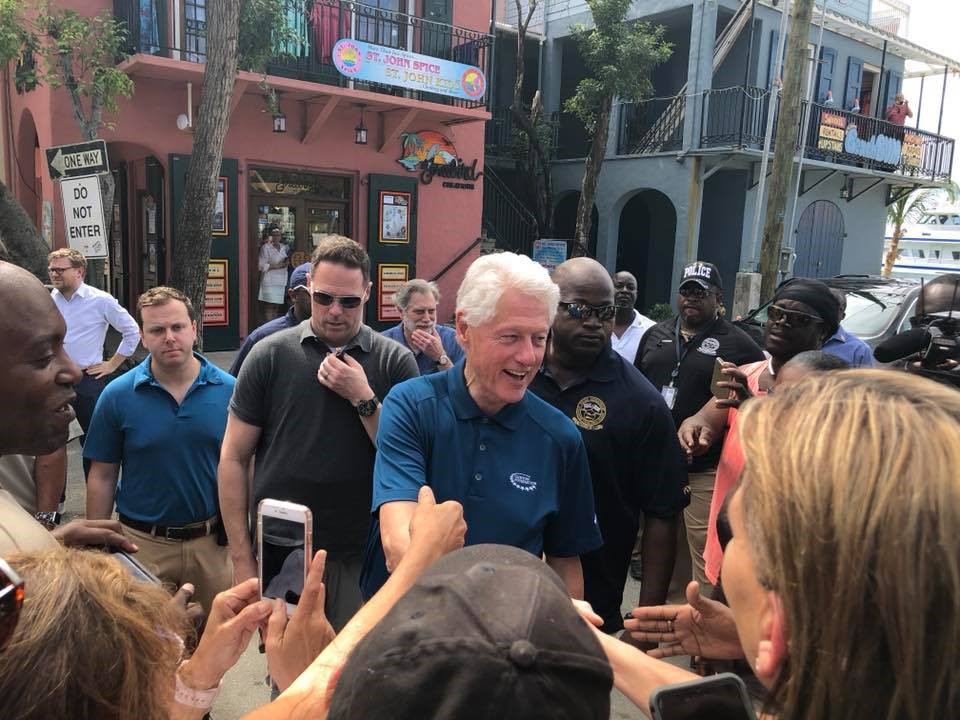 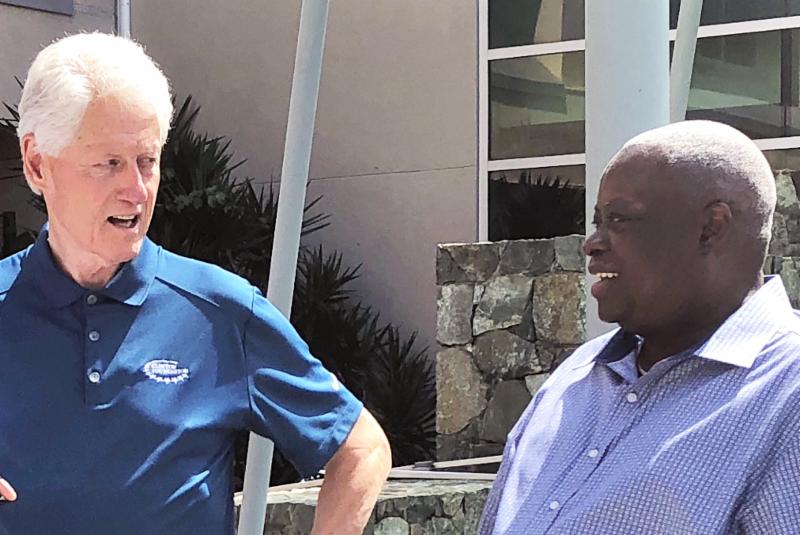 CHARLOTTE AMALIE – Former President Bill Clinton backed up Virgin Islands Gov. Kenneth Mapp’s assertion that rebuilding with added resiliency is the right thing to do in the territory.

During a visit to St. Thomas on Monday, President Clinton agreed that hardening the territory’s infrastructure will save both tax dollars and lives.

“The taxpayers will save money, but it’s also the morally right thing to do,” said President Clinton during a meeting with territorial leaders, including Virgin Islands Delegate to Congress Stacey Plaskett.

Mapp told Clinton that the federal government had spent millions rebuilding the Virgin Islands electrical grid and repairing public buildings in the past, only to have to spend money all over again when the Territory was hit by yet another major storm.

He added that the Mapp-Potter Administration was committed to rebuilding a smarter and stronger Virgin Islands, and that he had made the case to Congress to amend the Stafford Act to allow for infrastructure to be rebuilt to new standards.

“It doesn’t make fiscal sense to rebuild things back the way they were,” the Governor said. “We need the help, we need the investment so we can rebuild stronger and better so we can withstand the storms. They are going to keep coming and they are going to become stronger as the planet gets warmer.”

Clinton, who is visiting the Caribbean this week on behalf of the Clinton Foundation, explained that he had learned rebuilding lessons with the Foundation’s work after Hurricane Katrina. The homes they helped rebuild in New Orleans were better-built and were much more energy efficient.

The former President is visiting the U.S. Virgin Islands and Dominica this week to assess Hurricane recovery efforts, and follows an announcement that the Foundation is launching a new Action Network on Post-Disaster Recovery.

The network, formed at the invitation of the leaders of Puerto Rico, the U.S. Virgin Islands, Antigua & Barbuda, and Dominica, will formally convene its first open meeting on April 3 at the University of Miami. There, its members will consider commitments to action, building on the Clinton Global Initiative model that stresses mobilization of resources to combat urgent global challenges.

Disaster areas often do not get the attention they need once the crisis has passed, Clinton said. “We want to be there for you once the headlines are about something else,” he offered. The Clinton Foundation Action Network is focusing on five areas of recovery in the Caribbean: energy, infrastructure, health, education and economic development.

President Clinton met Governor Mapp, Congresswoman Plaskett and U.S. Virgin Islands Senate President Myron D. Jackson at the Schneider Regional Medical Center Monday morning for a private meeting and a tour of the damaged facilities, followed by a visit to the devastated Tutu High Rise Housing Community. They ended their day at Julius E. Sprauve School on St. John, where Clinton and his team met with students, teachers and Education Commissioner Dr. Sharon McCollum before holding a meeting with community members.

Describing the talks with President Clinton as productive, Governor Mapp said: “We discussed a number of issues, but more specifically, improving power generation, hardening distribution and investing in more renewables to reduce rates.” He added: “We also talked of steps we can take that would help to grow the economy, strengthen small businesses and restore and grow tourism.”

The Clinton Foundation and Direct Relief also presented a donation of medical supplies to the territory while at the medical center. “I’d like to thank Direct Relief and President Clinton for all of the help, all of the support that you are providing the people of the U.S. Virgin Islands,” Mapp said. “We really deeply appreciate it.”

The governor stressed that it was important to note that despite the severe damage to hospitals, employees had done a tremendous job protecting and caring for patients during and after the storms. 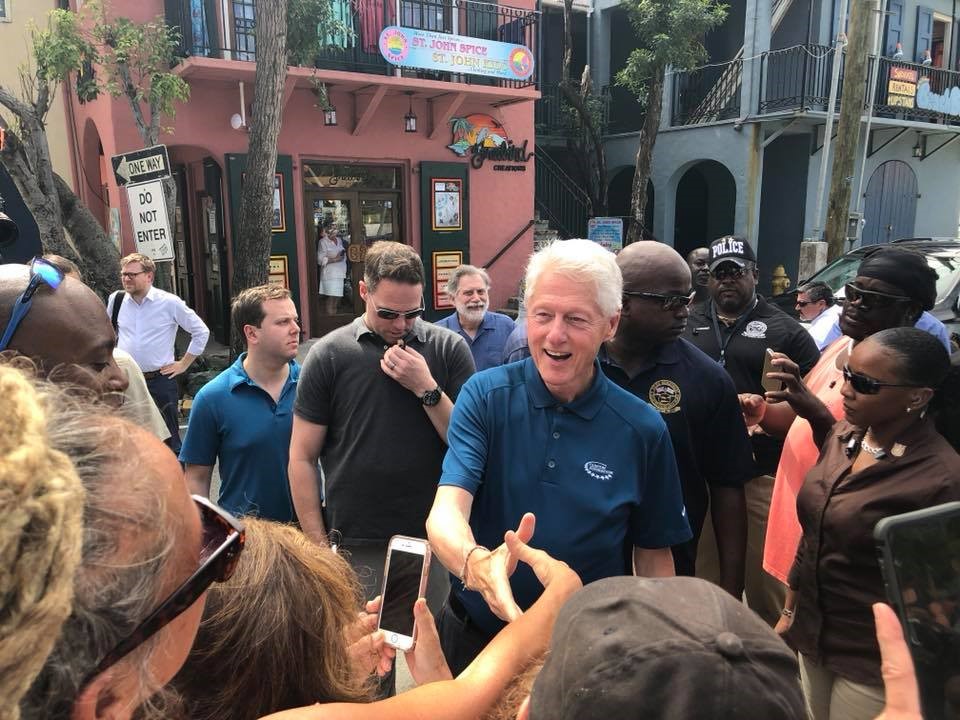