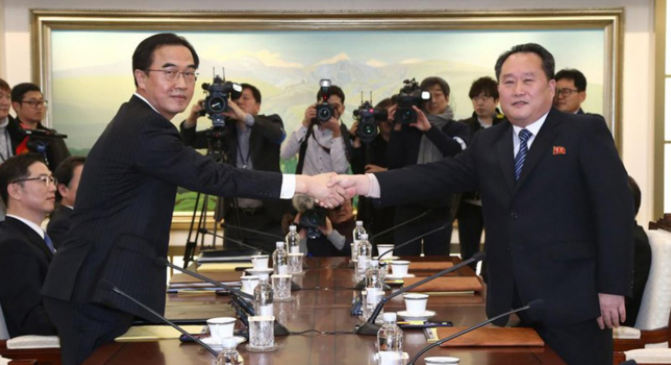 Margaret Hodge, a former chair of parliament’s public accounts committee, said it was “bonkers” that companies in the British Virgin Islands (BVI) and Anguilla had reportedly helped evade U.S. sanctions, according to allegations in a US justice department complaint.

The China-based Dandong Hongxiang Industrial Development Company (DHID) was placed under U.S. sanctions in 2016 after being accused of operating on behalf of the Korea Kwangson Banking Corporation (KKBC), which was itself sanctioned in 2009 over alleged links to North Korean weapons development.

The shell companies, some of which appear in the Panama Papers, were part of a network of offshore entities used to obscure the acquisition of millions of dollars of fertilizer, coal and other commodities, according to the complaint.

Hodge, who has campaigned for greater transparency in British crown dependencies and overseas territories, accused the former colonies of aiding conduct that the security services were trying to prevent.

“Because we are, for inexplicable reasons, reluctant to actually meet our rhetoric on money laundering and tax avoidance and financial skulduggery, we allow our overseas territories and crown dependencies – our tax havens – to undermine the security services,” she said.

Hodge is planning to table a cross-party amendment after the second reading of the sanctions and anti-money laundering bill on Tuesday. The amendment would force the UK’s crown dependencies and overseas territories to publish registers of the true owners of offshore companies.

US sanctions prevent North Korean financial institutions from dealing in U.S. dollars. However, because some commodities vendors require sales to be conducted in dollars, North Korea needs to be able to access the currency in order to obtain goods and services that are unavailable domestically.

The criminal complaint, filed in 2016, alleges that KKBC used DHID to obtain access to US dollars, in part by establishing a network of 22 different shell companies in various jurisdictions that would obscure its role in the commodity transactions.

“There was no legitimate business reason for DHID to go through the work and expense of setting up front companies to transact business in U.S. dollars, except to avoid U.S. sanctions,” the complaint says.

Some of the companies named in the complaint, including three of those in the BVI, appear to have been registered by the offshore law firm Mossack Fonseca. Leaked files from the company were the basis of the Panama Papers investigation in early 2016.

The firm is not identified by name in the complaint, which refers to “a Panamanian law firm that specialises in establishing shell companies”. However some of the offshore companies appear to use Mossack Fonseca offices as their given addresses.

DHID also set up 13 companies in Hong Kong, some of which named the BVI companies as their directors, according to the complaint. It also describes how two companies in the Seychelles and another in Anguilla were set up for DHID.

The complaint states that DHID also used two companies incorporated in England and Wales. Campaigners have previously criticised the paucity of checks on those incorporating UK companies.

In one instance described by the complaint: “On or about June 20, 2011, [a DHID manager] received an email from Individual A at the Panamanian law firm in which Individual A stated that, due to international sanctions, banks do not allow companies with North Korea stockholders or CEOs to open bank accounts.

“Individual A admonished [the DHID manager] to plan well before setting up companies.”

Mossack Fonseca did not respond to a request for comment.

The complaint also describes another instance in which a different DHID manager emailed “Individual C”, an employee of an unidentified trade consulting firm in Germany, using a crude code to discuss whether it would be possible to find buyers interested in purchasing commodities from North Korea.

“[The DHID manager] asked Individual C if he was familiar with several ‘spices’ native to north-east Asia, noting that the ‘spices’ ‘come from that place [and they] want to export them to European countries’,” the complaint alleges.

Last month, the New York Times reported that China had commenced its own investigation into the firm. It said the whereabouts of DHID’s chief executive were “shrouded in mystery”, but that evidence suggested some of those charged by the US were no longer of interest to China.

China’s state council information office told the New York Times that DHID was under investigation in China for “economic crimes”, but said investigators “have not yet found evidence” that DHID or its management “are directly involved in North Korea’s nuclear missile development activities.”

A DHID manager did not respond to an email requesting comment. 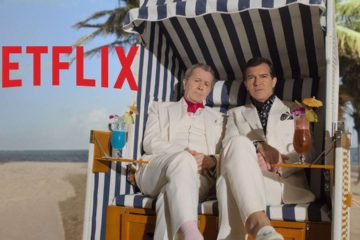