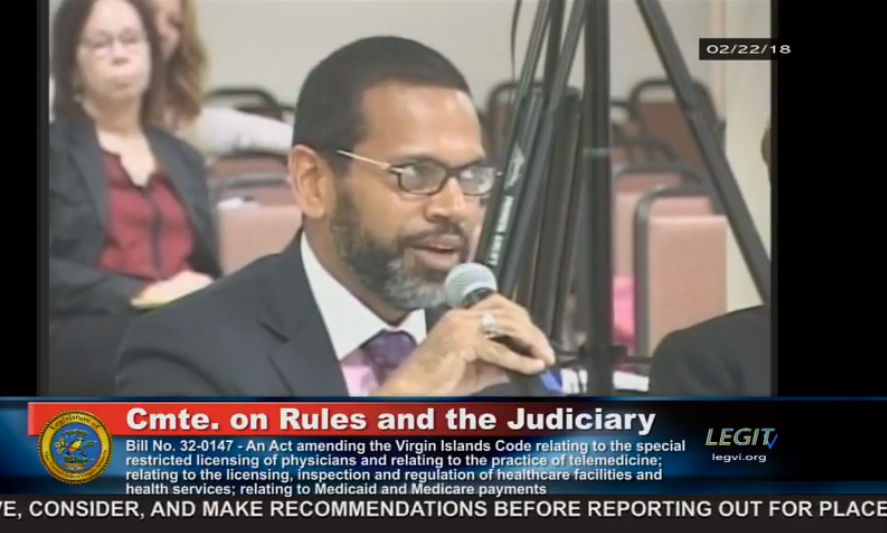 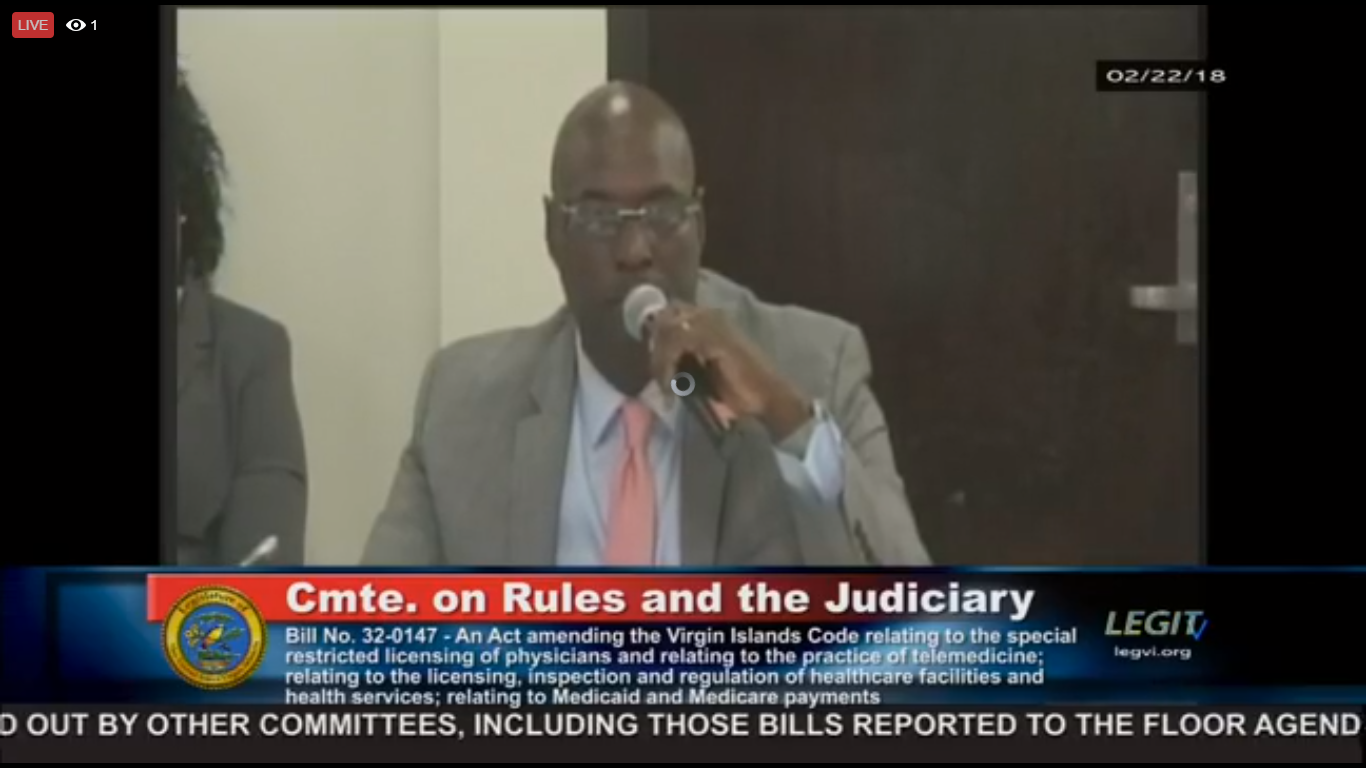 CHRISTIANSTED — The money for services at St. Croix’s only hospital, the Juan F. Luis Hospital and Medical Center, primarily goes into the pockets of local medical doctors, rather to the health facility itself.

That was the bombshell announcement that came from Troy de Chabert-Schuster, the vice chairman of JFL’s governing board of directors, speaking extemporaneously during today’s meeting of the Rules and Judiciary Committee.

“Also going back to the licensing of physicians, just speaking for myself personally, I’m not expressing the voice of the board here, I’ve been a member of the board for close to four years now, and I’ve always felt that there is certainly a conspiracy to keep more physicians out of the territory,” de Chabert-Schuster said. “I’m probably going to need to hire a bodyguard after this statement, but there is certainly a conspiracy.”

De Chabert-Schuster was speaking primarily on behalf of the board on Bill No. 32-0147 sponsored by Sen. Nereida “Nellie” Rivera-O’Reilly to allow for telemedicine in the territory and he said “the board is in favor of certain sections of this bill and has reservations regarding other sections.”

But even committee chair Sen. Novelle Francis Jr. allowed that what de Chabert-Schuster said about physicians amounted to dropping “a bomb” on his committee meeting.

“And I’ve said many times during committee meetings and board meetings that we cannot allow the health care of the people of the Virgin Islands to be held hostage — and that is what is happening,” de Chabert-Schuster said. “We have a small number of physicians, but some of the wealthiest physicians in the United States. Even in the hospital, they run a business within a business unlike any other hospital in the U.S. mainland.”

The vice chairman of the Juan F. Luis Hospital explained why doctors practicing in the territory have it so good — and why they want to keep new medical doctors from cutting in on their action.

“The physicians here are allowed to bill directly the insurance companies for all of the services they provide in the hospital,” de Chabert-Schuster said. “It would be far more beneficial for us to pay every physician even $500,000.00 a year and for the hospital to conduct that billing. Because there are many, many, many physicians who are making well over a million dollars a year for services they provide in our hospital. All we can bill for is ancillary services, nursing, et cetera.”

De Chabert-Schuster said that he also ran a pharmacy in St. Croix for nine years and that any pharmacy in the territory that accepts Medicaid is doing a “favor and “community service,”

Rivera-O’Reilly, speaking to the elephant in the room, admitted that she wrote to Attorney General Claude Walker on Feb. 20 asking him to investigate whether the V.I. Board of Medical Examiners have violated federal antitrust laws with their efforts to block new doctors from coming here. The bill was tabled and sent back to the Committee on Health, Hospitals and Human Services that she chairs.

Other members of the audience, including senators and attorneys, gathered at the Superior Court Jury Assembly Room — because the Legislature in Frederiksted is no longer occupied after Hurricane Maria, to hear testimony were struck by the heartfelt honesty of de Chabert-Schuster’s message, especially when he was speaking for himself about the hegemony of medical doctors already in St. Croix.

“But the physicians here are really trying to limit the number of physicians in the market and holding the health care of our people hostage; and so, that must be changed,” he said.