2018 ST. THOMAS CARNIVAL: ‘A Testament to Spirit and Resilience of V.I. Community’ 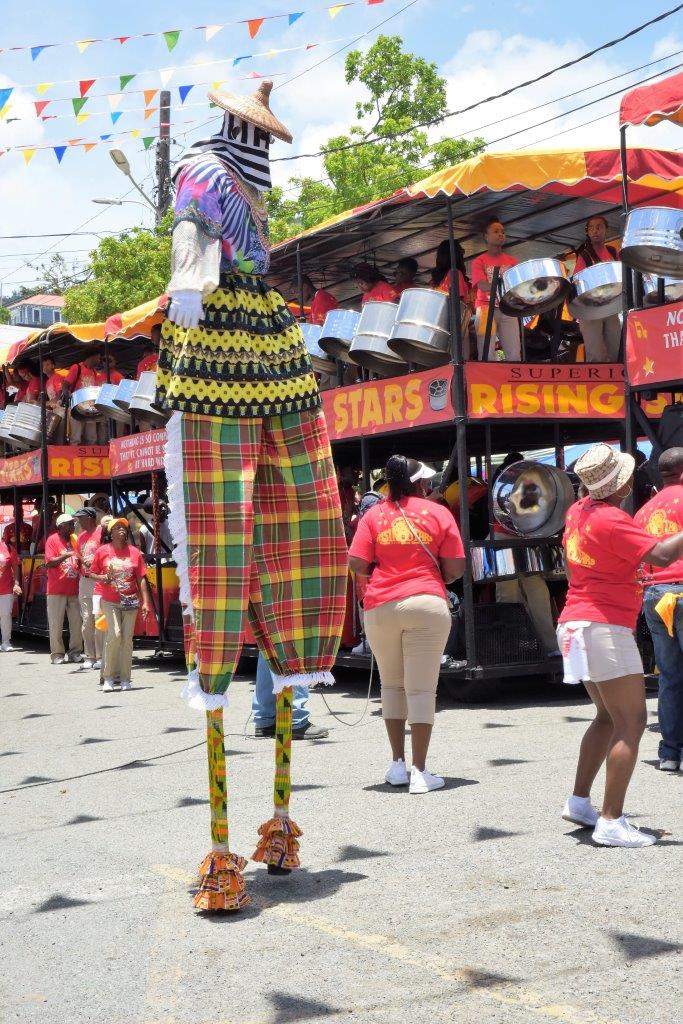 CHARLOTTE AMALIE – The “indomitable spirit of the people of the territory was unmistakable” as Virgin Islanders and visitors filled the downtown streets of St. Thomas on Friday for the 2018 Carnival Children’s Parade and on Saturday for this year’s Carnival Adult’s Parade.

Despite the challenges of recovering from back-to-back hurricanes this past September, residents across the territory fully exemplified the theme, “Embrace Our Culture, Music and Cuisine for Carnival 2018”.

Governor Kenneth Mapp showered his praise on revelers, the Carnival Committee and troupe organizers for producing and celebrating a successful parade weekend.

“The sense of community displayed throughout the 2018 Carnival Season makes me extremely proud to be a Virgin Islander,” Mapp said. “I also thank the public and V.I. Police Department for a celebration that was free of any serious incident.”

On Friday, the young people of the territory brought class and charisma to the parade route. Joseph Sibilly Elementary School served as the Grand Marshal for the Children’s Parade and its steel orchestra played sweet melodies throughout downtown. The Virgin Islands Department of Education presented “Full Steam Ahead Aboard the Opportunity Express” – a colorful entry featuring a locomotive.

Long time revelers, Elskoe and Associates Carnival Troupe, led the Adult’s Parade on Saturday as the Grand Marshal. Governor Mapp thanked the troupe for the many decades it has participated in the Carnival parade upholding Virgin Islands culture.

Between the many troupes and entertainment, Mapp and Lt. Governor Osbert Potter had the opportunity to greet residents and visitors from around the world along the parade route.

“I thank all the participants in the 2018 Carnival for making this such a safe and enjoyable fête and much appreciation must be extended to the members of Carnival Committee for their hard work,” the governor said.

2018 ST. THOMAS CARNIVAL: ‘A Testament to Spirit and Resilience of V.I. Community’