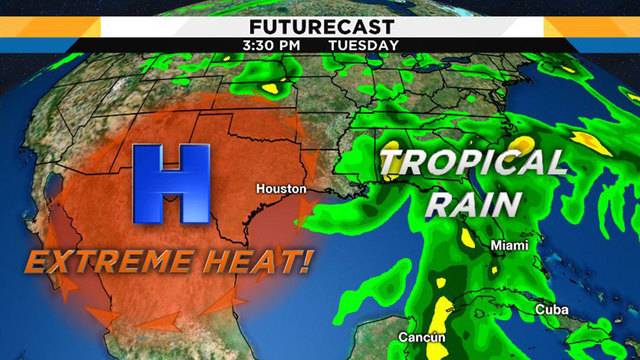 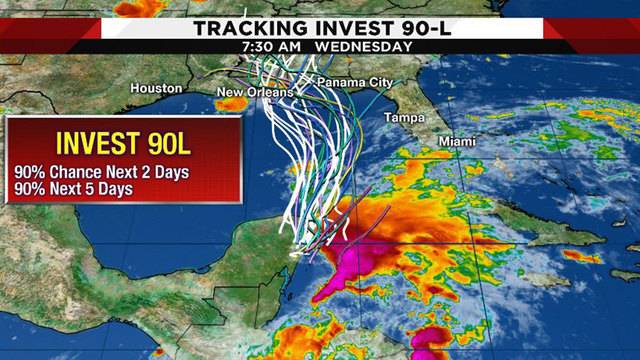 MIAMI — The disturbance in the northwest Caribbean- called Invest 90L – is becoming better organized, and the models are now indicating that there is a good chance of it strengthening into a named storm. The name would Alberto.

The center of the system is still expected to track toward the northern Gulf coast, but the wet side – the east side – of the system will affect Florida.

Over the next 24 hours, Invest 90L will move north into the Gulf of Mexico. The National Hurricane Center is giving the system a 90 percent chance of tropical development over the next two to five days.

If the storm strengthens to a tropical storm, it would be named Alberto.

No matter whether it becomes a tropical system, heavy rain will be an issue for the Southeast United States.

This possible storm is slow moving, making rainfall and flooding a large concern from Louisiana to Florida. The threat for heavy rain will reach north into the Carolinas and Tennessee.

The impacts from the possible system will stay east of Southeast Texas. A ridge of high pressure will build in from the southwest, producing the hottest weather of the year so far. Temperatures will be in the upper 90s Memorial Day weekend and will approach triple digits next week.

Invest 90L now has a 90 percent chance of becoming either a tropical depression or tropical storm within the next 48 hours.

It appears we will be on the western side of the system which will result in a drier outcome.

However, if your planning on heading to the beaches of Mississippi, Alabama, or Florida for Memorial day prepare for some heavy rain and dangerous rip currents! 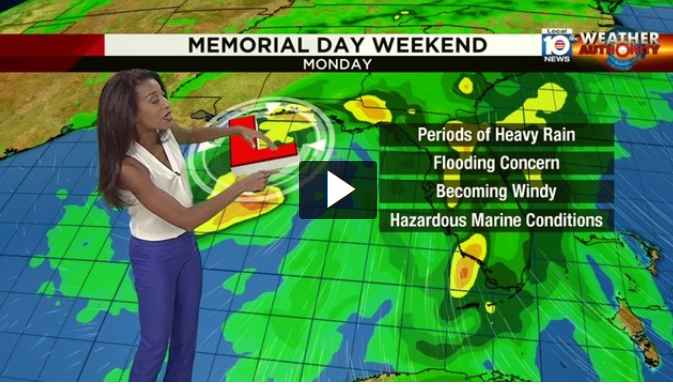