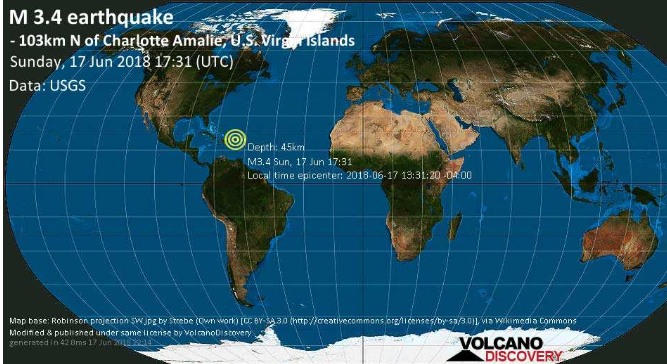 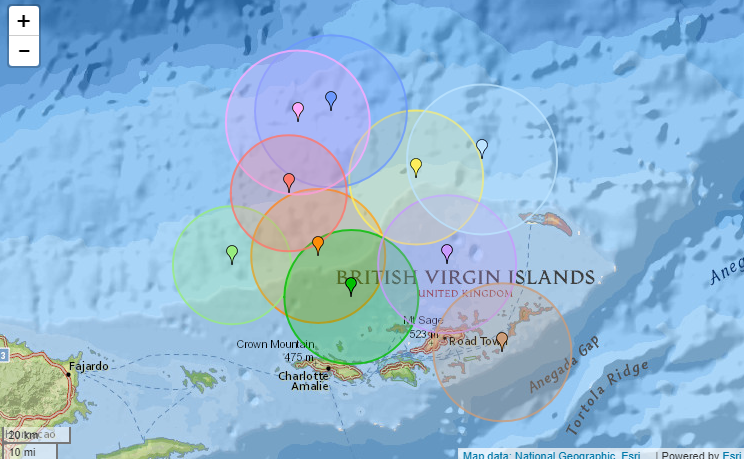 CHARLOTTE AMALIE — A “minor” earthquake was recorded about 64 miles north of St. Thomas on Sunday afternoon.

The quake, measuring 3.4 on the Richter Scale, happened about 1:31 p.m. on Sunday at a depth of 28 feet underground, the U.S. Geological Survey said.

An aftershock measuring 3.1 on the Richter Scale occurred in the same position at latitude 19.27 North and longitude 65.01 West about 20 minutes later, according to the USGS.

The nearest volcano to the Virgin Islands is on the island of Saba, according to Earthquake-Report dot com.