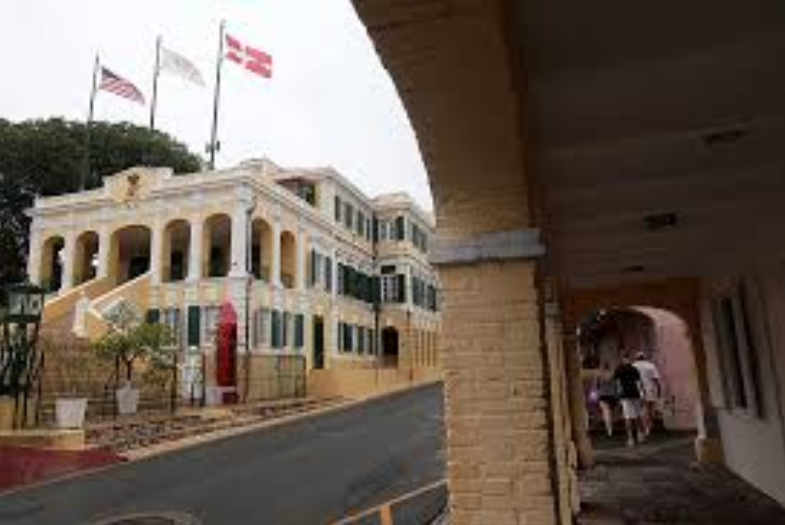 CHARLOTTE AMALIE — The prices of U.S. Virgin Islands bonds, a bellwether of the public markets’ confidence in the territorial economy, have roared back, Government House said today.

As of last week, bond sales show a more than 100 percent increase on the value of some Virgin Islands bonds from one year ago. Prices of USVI gross receipts and rum cover over bonds are now trading at premium levels and are highly desirable according to a report in today’s Bond Buyer, a respected financial industry publication. The price of some U.S. Virgin Islands bonds’ on the secondary market has more than doubled.

As an example of the how bond values have gone up, $2 million of Virgin Islands gross receipts tax bonds maturing in 2039 sold for 44 cents on the dollar on December 28, 2017 and on October 11, 2018, the same bonds were purchased at a price of 95 cents on the dollar.

According to the article, Virgin Islands’ rum tax bonds have also shot up. According to Electronic Municipal Marketplace Access web site (EMMA), on Jan. 2, 2017, a customer bought $1.5 million of matching fund bonds maturing in 2024 at 63 cents on the dollar, while this year on October 5, another customer bought $1.05 million of the bonds at 100.625 cents on the dollar.

The most recent bond sales have averaged between 95 percent and 106 percent of its price. Bond sales are brisk, and millions of dollars in USVI bonds are being traded in the public marketplace. See recent sales of USVI bonds here.

The Virgin Islands much improved economic outlook was highlighted by Bond Buyer, where the headline reads, “Virgin Islands bonds rally as economy improves.”

According to a bond market analyst quoted in the article, “It also reflects the recognition that the USVI government has displayed a more creditor-friendly attitude and a much more professional approach to managing its debt problem than its Puerto Rican counterpart.”

Investors are more confident now than ever in the USVI’s economic growth and the ability to stabilize its finances as the territory continues to pay its debts to bondholders, on time and in full.

“We are very gratified to see such strong investor support as we have worked hard to maximize our resources and expand our economy,” Governor Kenneth Mapp said. “Confidence in the public marketplace reflects what we are witnessing on the ground in the territory – growing economic activity, increased revenues, new and higher paying jobs, and a large increase in Gross Receipts Tax collections, which reflects private sector growth.”

Mapp attributed investors renewed confidence in the territory to his “skillful management of a complex recovery effort and the $1.4 billion deal to restart refinery operations at the Limetree Bay/Arclight facility on St. Croix, which has already resulted in $38 million in increased revenues to the USVI budget.”

At least 1,200 new construction jobs and 750 permanent jobs are anticipated and projections call for over $600 million in revenues over the next ten years to fund Virgin Islands government operations, he said. Mapp has sought to direct 50 percent of the refinery revenues into the Government Employees Retirement System (GERS).

“In the midst of refining our five-year plan, the rating agencies as well as some investors had unfairly compared Virgin Islands’ finances to that of neighboring Puerto Rico,” Collens said. “These same bondholders are now witness to a USVI recovery that has been well-managed, with increased economic activity and revenue generating projects. Tourism is steadily increasing, with more cruise ship arrivals, hotel reconstruction and a recent announcement that DiamondRock will rebuild and upgrade over 400 of its hotel rooms. Last week, Airbnb named St. Thomas its top destination in the Caribbean – the result of a successful agreement made in 2017 between the Virgin Islands government and the travel company.”

Rum production remains strong in the territory. The Cruzan and Captain Morgan rum facilities are in full production mode, and fortuitously prepared a strong inventory of product so production was not significantly impacted by the hurricanes.

The U.S. Department of the Interior recently announced it will be handing over $251 million dollars to the U.S. Virgin Islands in rum tax cover-over payments for estimated FY 2019 rum tax collections, significantly more than the $223.9 million for 2018.

“The economic and financial situation of the U.S. Virgin Islands has drastically improved over the last 18 months, enabling the government to pass a fiscal year 2019 budget that covers expenses and begin paying off old debt,” Senator Vialet said.