TORONTO — Bank of Nova Scotia said today that it has struck a deal to sell banking businesses in nine of the smaller countries in the Caribbean as the lender continues to narrow down the number of international markets in which it operates.

The move comes as Scotiabank, which has said larger markets in Latin America are still very much part of its plans, reported that profit from its international banking unit grew at a greater rate than that of its Canadian business over the past year.

“Exiting these non-core operations is consistent with a strategy that began five years ago to sharpen our focus, increase scale in core geographies and businesses, improve earnings quality and reduce risk to the bank,” said Scotiabank president and CEO Brian Porter during a conference call this morning, adding that the bank has now either exited or announced its intentions to exit more than 20 countries or businesses over that same period.

Scotiabank plans to sell the Caribbean businesses to Trinidad and Tobago-based Republic Financial Holdings Ltd., subject to regulatory approvals and closing conditions. Republic Financial said in a release that the purchase price is $123 million.

Additionally, Scotiabank announced today that its subsidiaries in Jamaica and Trinidad and Tobago would be selling their insurance operations to Barbados-based Sagicor Financial Corporation Ltd., which would also underwrite insurance products for Scotia’s banking subsidiaries through a 20-year distribution agreement.

That deal would be subject to approvals and conditions as well, but it is also contingent on Sagicor being acquired by a Toronto-based special purpose acquisition corporation.

Scotiabank said these transactions would not be material, but that they would increase its common equity tier one capital ratio, a measure of financial strength, by around 10 basis points when they close.

“Due to increasing regulatory complexity and the need for continued investment in technology to support our regulatory requirements, we made the decision to focus the bank’s efforts on those markets with significant scale in which we can make the greatest difference for our customers,” said Ignacio Deschamps, the head of international banking at Scotiabank, in a release.

Scotiabank has been on a bit of an acquisition binge over the past year when it comes to wealth management and Latin America, where it is forecasting that some economies will grow faster than the one in Canada. Its deals include the purchase of a majority stake in a bank in Chile from Banco Bilbao Vizcaya Argentaria S.A., turning it into one of the biggest private lenders in that country.

The lender also announced in August that it had reached an agreement to buy a bank in the Dominican Republic, with Porter saying Tuesday that “we expect to remain in our core markets across the Caribbean region.”

National Bank Financial analyst Gabriel Dechaine said in a note that Scotiabank’s outlook emphasized the integration of its purchases, a message he said was “critically important, as executing on $7 billion worth of acquisitions (i.e., deriving synergies) is necessary to drive (return on invested capital) from the mid-single digits to the double-digits over the next few years.”

As well, Scotiabank reported results on Tuesday for the end of its fiscal 2018, which wrapped up Oct. 31. Earnings for the bank were $9.1 billion for the year when adjusted for its acquisition-related costs, up 10 per cent from the year prior.

In a release, Porter said the international banking results were “driven by our operations in the countries that make up the Pacific Alliance — Mexico, Peru, Chile and Colombia — which experienced double-digit loan and deposit growth, partly reflecting recent acquisitions, positive operating leverage and stable credit quality.”

The fourth-quarter results for the bank came in slightly under analyst expectations, with the lender reporting adjusted earnings per share of $1.77 for the three months ended Oct. 31, which was still up from $1.65 the previous year.

“By and large, the underlying businesses performed well this quarter versus street expectations,” Eight Capital analyst Steve Theriault wrote, adding in a later note that “(t)he divestitures in the Caribbean are not likely the end of the road.”

Canada’s third-biggest lender reported adjusted earnings per share of C$1.77 in the quarter ended Oct. 31, up 8 percent but short of the average analyst forecast of C$1.79 per share, according to IBES data from Refinitiv. Analysts blamed the miss on costs related to recent acquisitions.

Speaking to analysts on a conference call, Porter said he expected the bank to benefit from improved margins next year due to rising interest rates and a strong economic backdrop in its key markets.

“We are optimistic that we will continue to perform strongly and, again, exceed our medium-term objectives,” he said.

Shares in Scotiabank were up 0.3 percent in mid-morning trading, after initially dropping 0.5 percent.

The bank has targeted annual earnings growth of 7 percent or more in Canada next year and 9 percent from its international operations, stripping out currency movements.

Excluding one-off costs, net income rose by 13 percent to C$2.35 billion ($1.77 billion) in the latest quarter, compared with the average estimate by analysts of C$2.24 billion, according to IBES data.

For the full year, Scotiabank reported a 7 percent increase in earnings at its Canadian business to C$4.4 billion, helped by improved margins as it benefited from five Bank of Canada interest rate hikes since last summer and growth in customer deposits.

However, Canadian banking head James O’Sullivan told analysts the market for deposits was “quite competitive.”

Competition for deposits among Canadian banks was heating up for the first time since the financial crisis and could crimp margin growth, analysts said.

The bank has been selling non-core businesses and focusing its international operations on the Pacific Alliance trading bloc of Peru, Mexico, Chile and Columbia, which now accounts for around a quarter of its revenue.

The transactions are not material to Scotiabank, it said, but will result in its core tier 1 capital ratio, a key measure of its financial strength, increasing by 10 basis points.

The bank’s decisions in were guided, in part, by size. Jamaica, for example, has a population of roughly 2.8 million people while the Dominican Republic — where Scotiabank expects to be the number three bank — has roughly 11 million, Porter said.

“When you look at what we’ve retained in the Caribbean, that’s 90 per cent of the population,” Porter said. “This strikes at the core of our strategy to bulk up and get scale in markets and geographies and businesses that we deem important, where we can turn the dial for our customers and shareholders.” 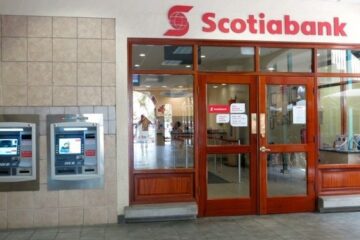 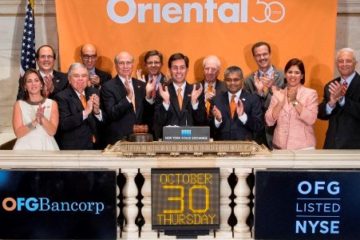 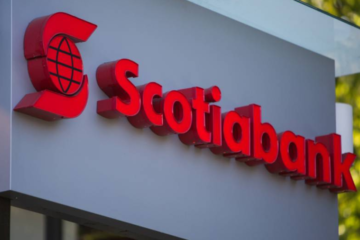 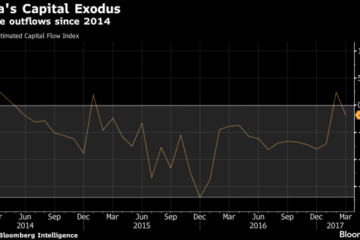